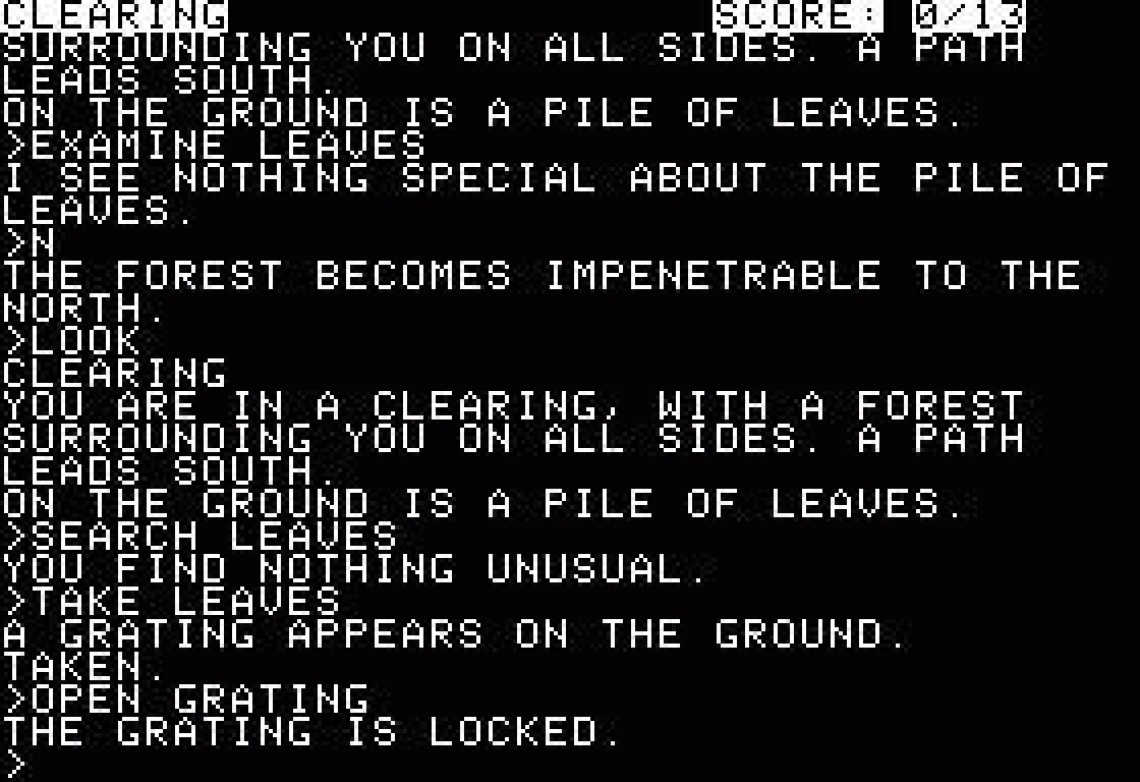 puzzle
single player
strategy
Release: 1980
Zork is set in "the ruins of an ancient empire lying far underground". The player is a nameless adventurer "who is venturing into this dangerous land in search of wealth and adventure". The goal is to return from exploring the "Great Underground Empire" (GUE, for short) alive and with all treasures needed to complete each adventure, ultimately inheriting the title of Dungeon Master. The dungeons are stocked with many novel creatures, objects, and locations, among them the ferocious but light-fearing grues, zorkmids (the GUE's currency), and Flood Control Dam #3—all of which are referenced by subsequent Infocom text adventures.
This article uses material from the Wikipedia article ZORK, https://en.wikipedia.org/wiki/Zork which is released under the Creative Commons Attribution-Share-Alike License 3.0, https://creativecommons.org/licenses/by-sa/3.0/.
Read Full Description
Save & Play Game Later
Images & Video 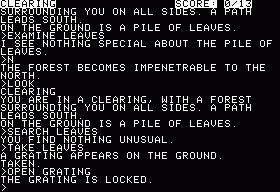 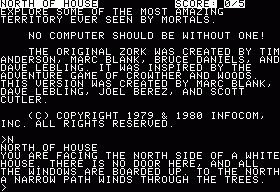