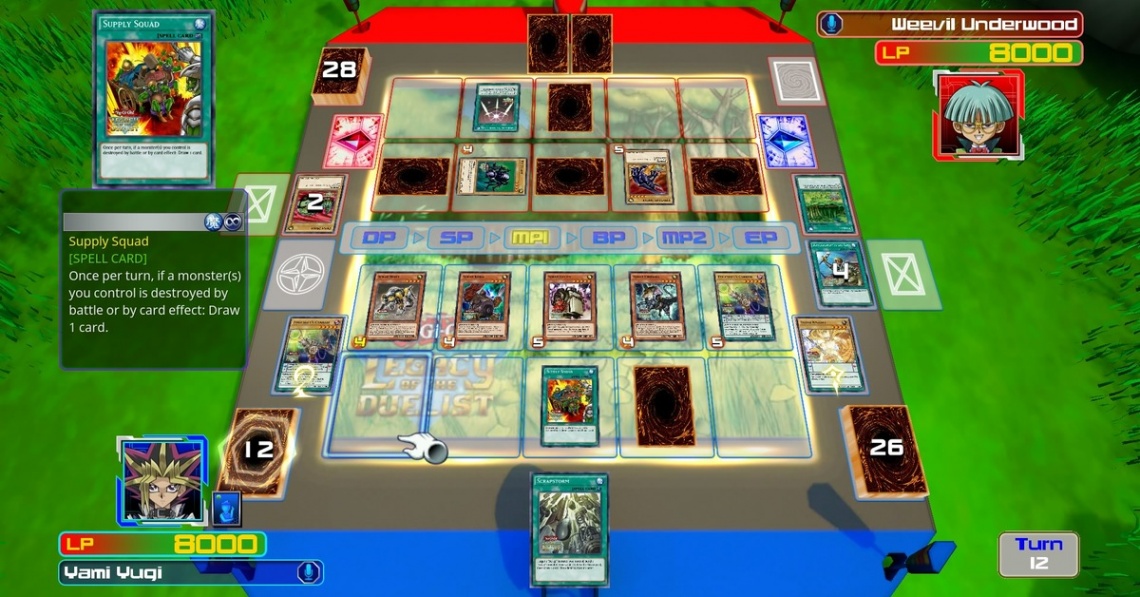 Yu-Gi-Oh! Legacy of the Duelist

action
anime
card game
casual
fantasy
multiplayer
simulation
single player
strategy
Release: 2016
Enter the Duelist Simulator to take your place among the finest Duelists ever in Yu-Gi-Oh! Legacy of the Duelist! Players from around the world have been invited to take part in an elite Dueling program that simulates the best Duels across all of Yu-Gi-Oh! history. Replay actual events in the Yu-Gi-Oh! timeline, from the original Yu-Gi-Oh! series up to Yu-Gi-Oh! ZEXAL, featuring the storylines, characters, and Decks in a brand new Story Campaign. Duelists will also Duel against characters from the newest generation of the Yu-Gi-Oh! TV series, Yu-Gi-Oh! ARC-V, with even more Yu-Gi-Oh! ARC-V Duels to be added later as downloadable content.
With over 7,400 cards to play with, including new Pendulum Summon Monsters, Duelists can fight in hundreds of matches with over 90 characters, and even compete in new Battle Pack Sealed Deck and Draft play with other Duelists online.

• The very first Yu-Gi-Oh! video game available for the PS4™, Xbox One, and PC Steam for a never-before-seen next generation
Yu-Gi-Oh! experience!
• Relive past Dueling glory with a Story Campaign that recounts the events from the Yu-Gi-Oh! TV series! Battle your opponent,
and then take on the role of that character and Duel against the protagonist in a “Reverse Duel.”
• Duel with the latest cards from the official Yu-Gi-Oh! TRADING CARD GAME, including Pendulum Summon Monsters!
• For the first time, compete in Battle Pack Sealed and Draft play against the A.I. or with players online. Battle Pack formats
supported include Battle Pack: Epic Dawn, Battle Pack 2: War of the Giants, and War of the Giants: Round 2.
• Customize your Decks with more than 7,400 cards, the most in any Yu-Gi-Oh! TRADING CARD GAME video game.
• Compete against characters from the newest generation of the Yu-Gi-Oh! TV series, Yu-Gi-Oh! ARC-V!
• Add-on content is also available, with additional Decks, Avatars, playable characters and Duels!
Read Full Description
Get This Game 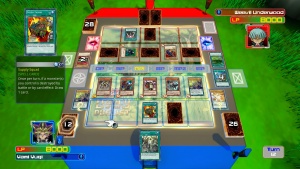 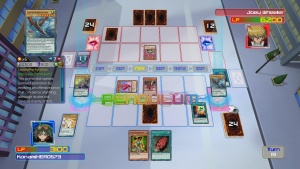