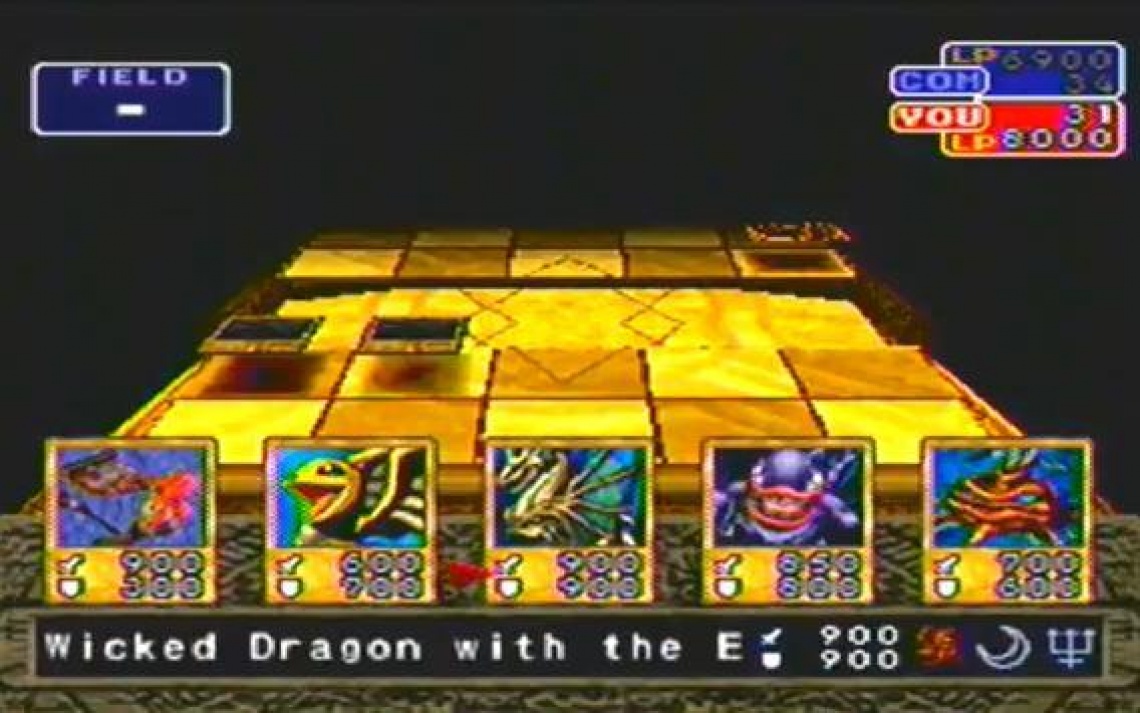 card game
fantasy
single player
strategy
turn based
Release: 1999
The mechanics of this game differ from the Yu-Gi-Oh! Trading Card Game, and these differences are also contiguous with the PS2 game Yu-Gi-Oh! The Duelists of the Roses, but are not the same.
A deck must be made up of exactly forty cards.
Summoning a monster normally (without using a Ritual Card) does not require any sort of tribute. For example, if one held a Blue-Eyes White Dragon card in their hand and wanted to summon it, one can place it on the field, rather than tribute two other monsters.
At the start of the player's turn, he or she draw from his or her deck until his or her hand consists of five cards; if the deck does not hold enough cards for the player to draw, the player loses the duel.
The player must play at least one card to the field after drawing.
Cards can be "fused" in the hand without the card Polymerization; the player can fuse any amount of his or her cards together and in any order, but the chance of a "successful" fusion (where a new monster or magic or trap is made, or when a monster is strengthened) depends on the cards the player is fusing.
When any magic or trap card is fused with a monster that is not compatible, the magic or trap card is discarded and the monster is unaffected.
After fusion, cards can only be played face-up. Traps that are played face-up are not activated until their condition is met.
Monster cards must select one of two "Guardian Stars", which allow a monster to gain five hundred attack and defense points if it has chosen a superior alignment against its opposing card; these alignments are taken directly from cosmic bodies and are arranged as follows (> means "is superior to"):
Mercury > Sun > Moon > Venus > Mercury
Mars > Jupiter > Saturn > Uranus > Pluto > Neptune > Mars 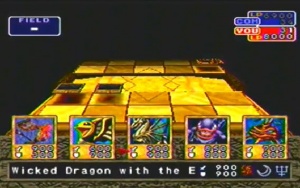 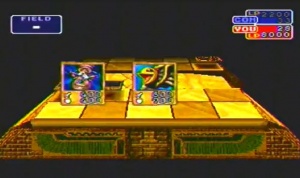