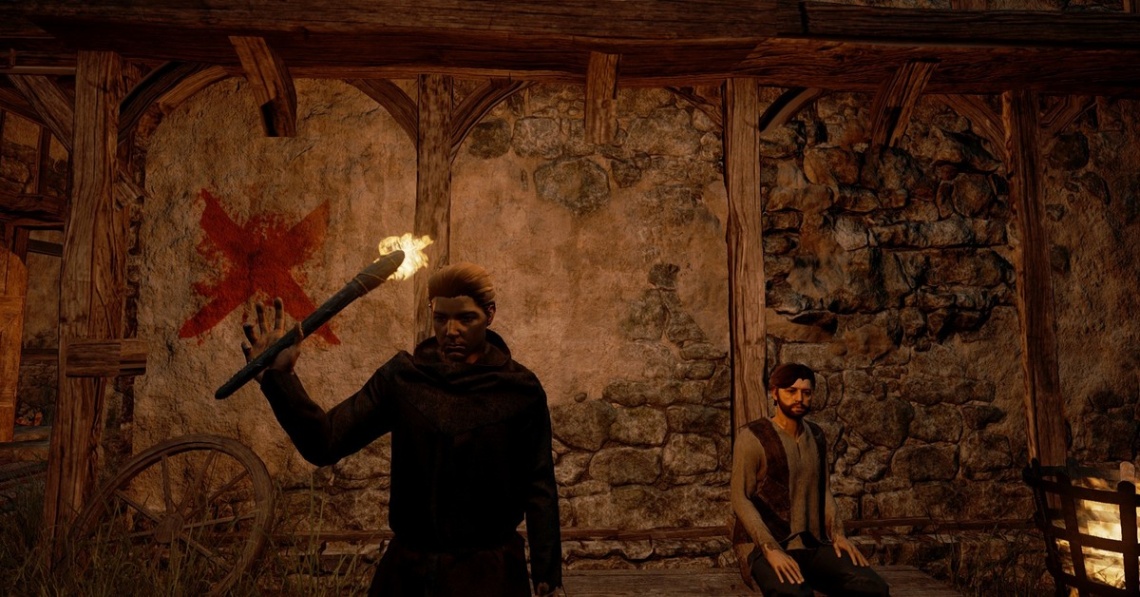 Set in the near future, Xsyon is an apocalyptic fable. The world draws its inspiration from history, mythology, and prophecies of the Apocalypse. Most aspects of modern life are now gone. The leaders of the new world, under the guidance of the reinvigorated once forgotten gods, have hidden traces of the scientific progress that led to the devastation of the earth. Modern vehicles, weapons, appliances, computer and even the books that describe these things are practically nowhere to be found.

The world will be released in a series of installments. Each release will further expand the online world to locations across the planet. the myths, beliefs and culture of these locations, both past and present will augment the Xsyon experience, as new skills, crafts, artifacts, creatures and landscapes are introduced. The storyline will advance based on the prophetic revelations and the players settlers of Xsyon who influence and determine the current state of the world.

Xsyon is an ever changing dynamic world. Players affect the environment by gathering resources, chopping down trees, hunting animals, building towns and developing trade. Players hold the power to create and destroy, to maintain a balance with nature or to cultivate a new civilization.

The game is built around environmental, natural, economic, questing, and social systems. These systems are in constant flux and it's the players interacting with these systems that determine the current state of the virtual world.

Xsyon is a fantasy world, but is heavily based on reality. Set in an uncertain apocalyptic future, the virtual world draws upon real life geography, history, science and medicine, fauna and geology are slightly twisted versions of what is real.

Whether you are ascertaining which wood is sturdy enough for construction and which is flexible enough for a bow, gathering information on the local geography or uncovering historical facts and trivia, there is always something new and real you can learn from the Xsyon world.

As a player, explorer and settler of this new virtual world you have many choices. You can play as a warrior, a trader, a craftsman, or a cultivator of crops. You can specialize your skills or become a jack of all trades. You can play as a clan leader or town official, socially involved with many other players, or you can explore the world as a lone adventurer. Xsyon is a game for all kinds of players from casual to hard core. The path you take is up to you.

Whether you are a first day scavenger or a grizzled veteran, Xsyon should be fun. Players begin with a decent set of statistics rather than evolve from a weakling to a super human. You enter the world inexperienced and lacking skill, with strengths and weaknesses, but still as a hero. Rather than grind levels to reach predictable goals, Xsyon is based on change, interactions and consequences. As new quests, lands and features are constantly introduced, there is always something new for you to discover.

By combining elements of different game genres and social worlds and by blurring the line between fantasy and reality we have created a unique online world. We hope you will find the Xsyon experience fresh, enjoyable, rewarding and full of surprises.

Explore, learn, make friends and enjoy! Are you with us?


What is the Prelude?

The Prelude is a limited first release of the Xsyon virtual world. An isolated basin surrounded by mountains in a future American wilderness serves as a launching point for the ever expanding world. This setting provides a pristine environment for players to develop a new world.

During the Prelude, Xsyon will continuously evolve and expand. Denizens will uncover remnants of lost technology, discover new crafts and skills and encounter new creatures. A deadly fog which surrounds the basin will slowly recede to expose new lands, more affected and ravaged by the ongoing apocalypse.

The players of the Prelude begin as scavengers, hunters and gatherers. By uniting as clans and building towns, they will cultivate civilizations, establish trade, forge alliances and develop enmities. They lay the foundations for future generations of Xsyon dwellers.

Join us now in the Prelude and help determine the future of Xsyon!
Read Full Description
Save & Play Game Later
Images & Video 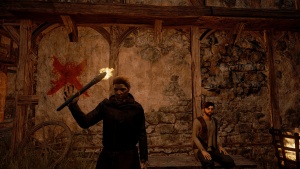 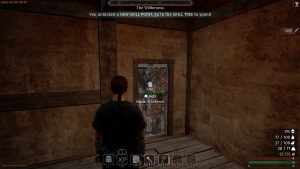