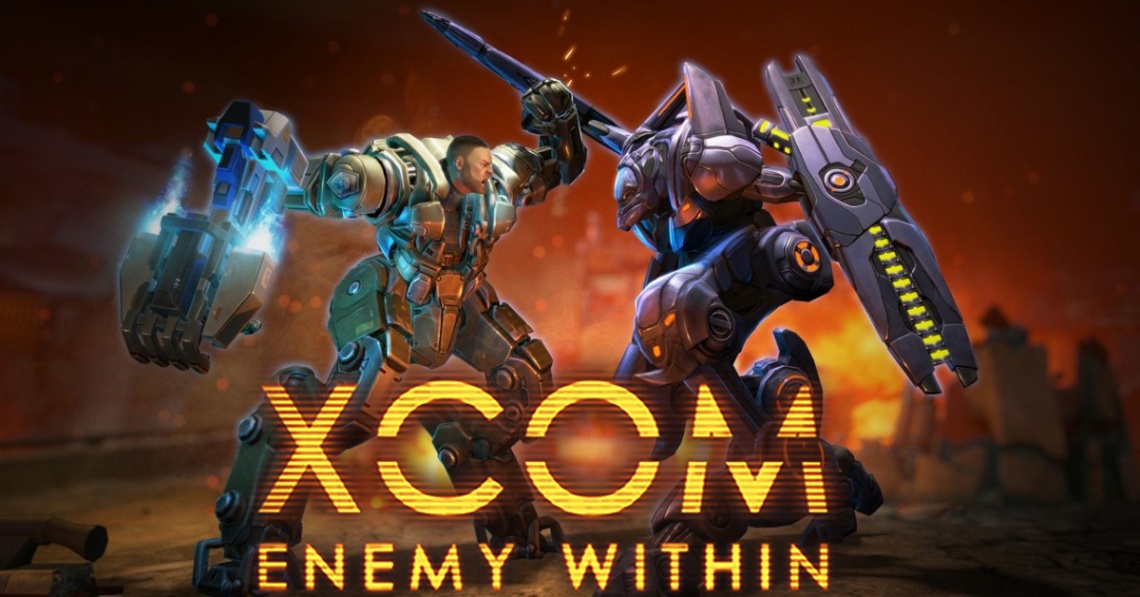 sci-fi
strategy
turn based
Release: 2013
XCOM: Enemy Within is an expansion pack for the turn-based tactical video game XCOM: Enemy Unknown. The expansion pack primarily adds new gameplay elements to the base game, as well as introducing new themes of transhumanism via aggressive gene therapy.

The gameplay and plot of XCOM: Enemy Within largely remains the same as XCOM: Enemy Unknown with some additional features. The player manages the XCOM headquarters in almost real time progress, but much of the gameplay consists of turn-based battles against the invading aliens and some with the rogue human faction EXALT across the globe. Similar to the numerous expansions of the Civilization series, the pack retains the core storyline but adds a broad variety of content.

New features
A new resource, called "Meld", is introduced. XCOM operatives will be forced to advance swiftly in order to secure Meld canisters with delay-activated self-destruct systems; some of the aliens' more sophisticated cybernetic units such as Mechtoids also grant Meld when killed. Meld is a suspension made up of billions of cybernetic nanomachines. These nanites are each made up of organic and mechanical components. It is required for some of the newly introduced XCOM transhuman technologies.
Alien robotic units have gained an increase in effectiveness, as well as introduction of two new units:
The Seeker is an airborne squid-like machine with a cloaking device armed with plasma blast as primary weapon. The cloaking ability doesn't last indefinitely and will run out. If it gets close to a lone XCOM operative while cloaked, it can use its Strangle ability. It usually appears in a pair and will cloak when discovered. Their AI will avoid direct confrontation with XCOM operatives, preferring to cloak until the soldiers engage another group of aliens. At that point the Seeker strikes - sneaking up on an lone unsuspecting human and activating the strangle ability on the target, which deals increasing amounts of damage until a soldier can shoot it off the targeted squadmate.
The Mechtoid is a Sectoid fitted into a large, heavily armed suit of powered armor armed with two plasma mini cannons. The Mechtoid can shoot twice in a single round on a single target. Sectoids can Mind Merge with the Mechtoid, providing the Mechtoid with additional psionic shielded health. Killing the Sectoid in this state does not kill the Mechtoid as it does when two Sectoids merge, but merely removes the shielded health.
Alien autopsies and Meld allow XCOM scientists to modify operatives of existing classes to give them superhuman abilities, e.g. to leap several stories, to sense nearby enemies, or a backup heart.
Alternatively, they can be modified into the brand-new class "MEC Trooper", which is capable of wearing Mechanized Exoskeleton Cybersuits into battle; however, they are rendered unable to participate in combat without a MEC, as the cybernetic modification includes amputation of all four limbs. MECs are large bipedal combat platforms with a cyborg pilot in their upper torso; while staggeringly expensive to deploy and upgrade and unable to take cover behind objects, they are more robust, better-armed and more mobile than conventional operatives. Additionally, XCOM's more basic S.H.I.V. a.k.a. Super Heavy Infantry Vehicle combat robots receive upgrades as well.
EXALT, a new enemy faction in the form of a covert paramilitary human organization is introduced. EXALT seek to embrace the aliens' technologies and outlast their invasion in order to rule the world afterwards. They undermine XCOM's war effort with a variety of underhanded tactics through the covert cells located across the globe by stealing funds, creating more panic in Council nations and delaying research on important technology. The player is actually not obligated to actively engage them, and they will not seek open combat either; to root out their cells around the world, the player would have to perform Intel Scans and send soldiers on Covert Missions. EXALT's main base is located in one of the countries of the Council and with each successful covert operation, hints are given about which country it is, and the player has the option of launching an assault to take it down for good. However, performing a raid in the wrong country will cause it to withdraw from the Council. When forced to fight XCOM head-on, EXALT deploys "men in black"-style operatives that mirror those of XCOM troops with the same combat roles, squad tactics and equipment.
Enemy Within re-introduces the Base Defense mission. Without forewarning or a chance for the player to select and arm a squad, XCOM headquarters fall victim to a number of acts of sabotage caused by multiple instances of mind-controlled personnel, followed by an alien assault. Failure of this mission leads to immediate defeat.
Operation Progeny, originally scheduled to be released as a separate DLC, is included. It allows EXALT to make an inferred early appearance and includes three missions over the course of which XCOM recovers four talented psionics from alien captivity, including the one responsible for the base attack.
Site Recon further details the effects of the alien invasion on Earth's ecosystem. XCOM operatives investigate a fishing village in Newfoundland, discovering a Chryssalid infestation using a whale as an incubation chamber.
Thanks to collating localization voice files, XCOM soldiers can now be customized to speak in one of several languages.
47 new maps have been added for the single player game, adding to the existing 80 maps bringing the total to well over 120 maps. Eight new multiplayer maps have also been added to the existing five, bringing the total to 13 multiplayer maps.


This article uses material from the Wikipedia article XCOM: Enemy Within, https://en.wikipedia.org/wiki/XCOM:_Enemy_Within, which is released under the Creative Commons Attribution-Share-Alike License 3.0, https://creativecommons.org/licenses/by-sa/3.0/.
Read Full Description
Get This Game 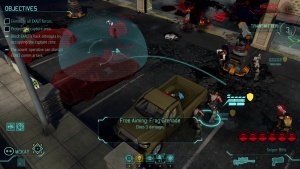 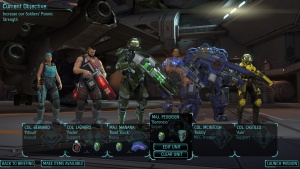 CS2D
Recommended for you
Browse Games