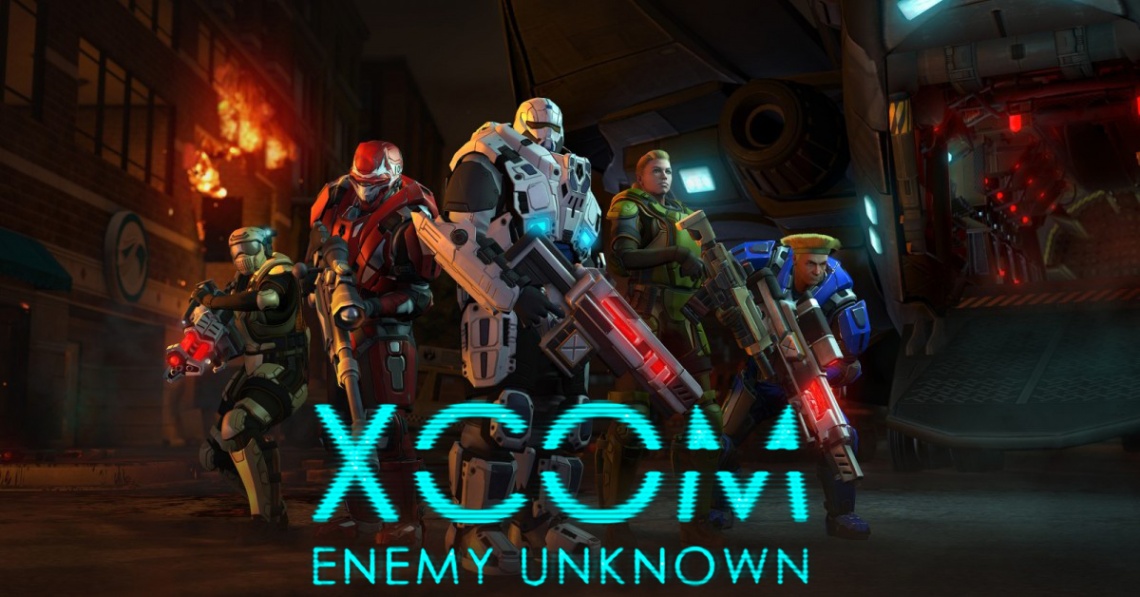 base building
multiplayer
rpg
sci-fi
single player
strategy
turn based
Release: 2012
Much like its predecessor, XCOM: Enemy Unknown casts the player as the commander of an elite military organization. As commander, the player directs their soldiers in turn-based combat missions against alien enemies. Between missions, the player directs the organization's research and engineering divisions in creating new technologies and improving XCOM's base of operations, and manages the organization's finances.[7][16]
The turn-based ground combat uses a top-down 3D perspective. The player controls a squad of between one and six human soldiers or robotic units as they hunt the aliens on the map and attempt to complete other objectives dependent on the mission. Map layouts are not randomly generated, but enemy placement is.[17] Fog of war hides the aliens and their actions from view until the player's soldiers are in range and have line of sight on them, and enemies normally do not act at all until the squad initially comes within line of sight. Soldiers can carry items and perform special abilities; use of these items and abilities is controlled through a toolbar on the head-up display (HUD). A few examples of abilities include firing on enemies automatically after they emerge, launching explosives, and healing allies.[7][12][18][19]
Soldiers can take cover behind walls and objects in the environment to gain a measure of protection. Units can use suppressive fire to disadvantage enemies, and use active camouflage to maneuver around opponents.[10][19][20][21] Cutscenes and dynamic camera movements emphasise particularly exciting gameplay moments, such as kill sequences and use of special abilities.[19][22][23] The game includes some tactical role-playing elements, whereby the player's soldiers can gain new abilities as they survive more battles.[7]

The game's strategy element occurs between missions. XCOM's underground headquarters is presented in a view dubbed the "ant farm".[7] From this view, the player manages construction, manufacturing and research projects underway, and directs how the scientists and engineers use resources recovered from missions and received from XCOM's sponsors. A holographic view of the Earth called the "Geoscape" allows the player to keep track of the situation around the world, ordering aircraft to intercept UFOs and dispatching soldiers to engage aliens on the ground.[7][12][19][22]
This also influences the panic level of XCOM's member nations. Responding to situations in certain areas decreases panic, and ignoring them results in a rise in panic and potential for the nation to pull out of XCOM. The "ant farm" also allows the player to observe the team of soldiers relaxing or exercising at the base's gym. A memorial wall to soldiers killed in action is also viewable.[19][22][23][25] Passive bonuses are provided depending on which continent the player chooses for a base location. The player can better detect alien activity by launching satellites and positioning them over territories of interest.[17]
The game can be played on higher difficulty levels: Classic (in a reference to the original game) and Impossible, each with the option to enable the "Ironman" option (which limits players to a single save file) separately for each.[26] Jake Solomon, lead developer, stated on numerous occasions that he believes that the "truest XCOM experience" is playing without the ability to reload saved games.[27] On the higher difficulty levels, the random nature of battles, where soldiers under the player's command can permanently die from one enemy attack, the against-all-odds nature of combat against the unknown and technologically superior enemy, and the requirement to sacrifice some resources – including soldiers and even entire countries – for the greater good combine to create a bleak atmosphere where the player feels the weight of command.[28]
The game also features a multiplayer mode for one-on-one tactical battles. Players spend a predefined points budget on assembling a squad of up to six humans, aliens, or a mixture of both. Human units are customizable in terms of weaponry, armor and gadgets. A simplified version of the single-player perk system is also present. Alien units may not be customized but possess the abilities of corresponding aliens types in the single-player mode of the game.[8]
Psionic combat from the original 1994 game is retained,[29] but some gameplay features of the original have been removed or adapted. The time units system, the always-visible grid map and the inventory system of the original have been removed. The initial mission phase of disembarking from the transport has also been removed – missions now begin with troops deployed outside the craft. Unlike in the 1994 game, only one XCOM base exists, the location of which is chosen at the beginning of the game.
Although there are some differences in the interface between platforms, unlike other games such as Firaxis' Civilization Revolution, the content is not simplified for the console versions.[30] The PC version features a mouse-driven UI.[31]

This article uses material from the Wikipedia article XCOM: Enemy Unknown, https://en.wikipedia.org/wiki/XCOM:_Enemy_Unknown, which is released under the Creative Commons Attribution-Share-Alike License 3.0, https://creativecommons.org/licenses/by-sa/3.0/.
Read Full Description
Get This Game 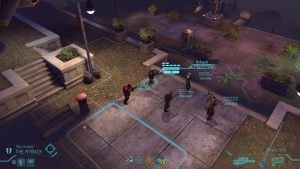 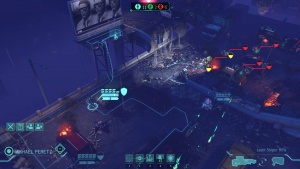