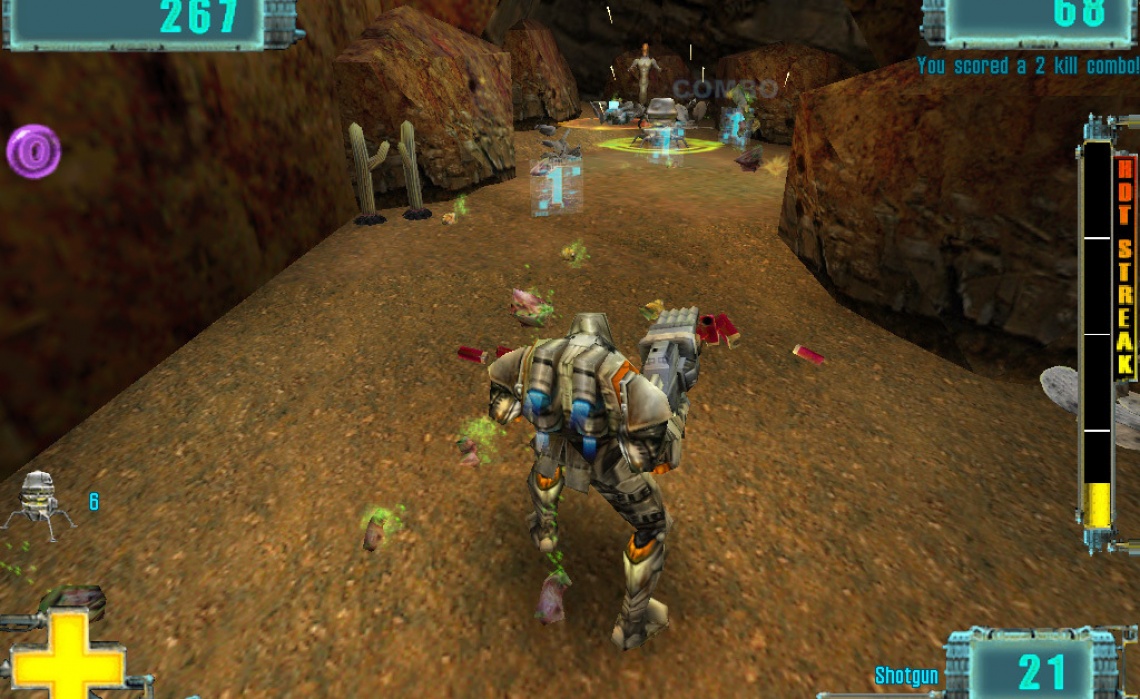 tps
Release: 2001
In single player mode, the player assumes the role of the combat robot named Enforcer. The game takes place from a third person perspective and uses both the keyboard and mouse as controls. The aim of each level revolves mainly around killing aliens and rescuing hostages. Each kill results in "data points" being dropped by the deceased aliens, which Enforcer can pick up and use between missions to accomplish research. Enforcer can also pick up "Unresearched objects" which expands the available research paths resulting in new weapons and armour. The aim of majority of the missions is to destroy alien transporter drones to prevent them from teleporting into various sites around the transporter. Some mission has the player to survive from alien waves, protecting important facilities, and fighting bosses. Puzzles which present themselves in the game are simple and the focus of gameplay centres on continual action and continual masses of aliens.[1] 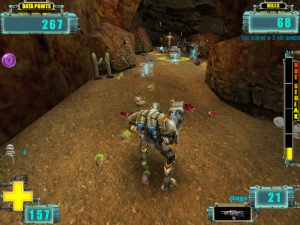 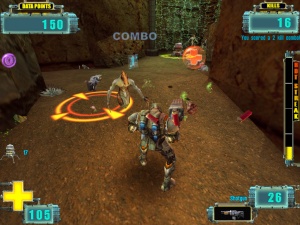