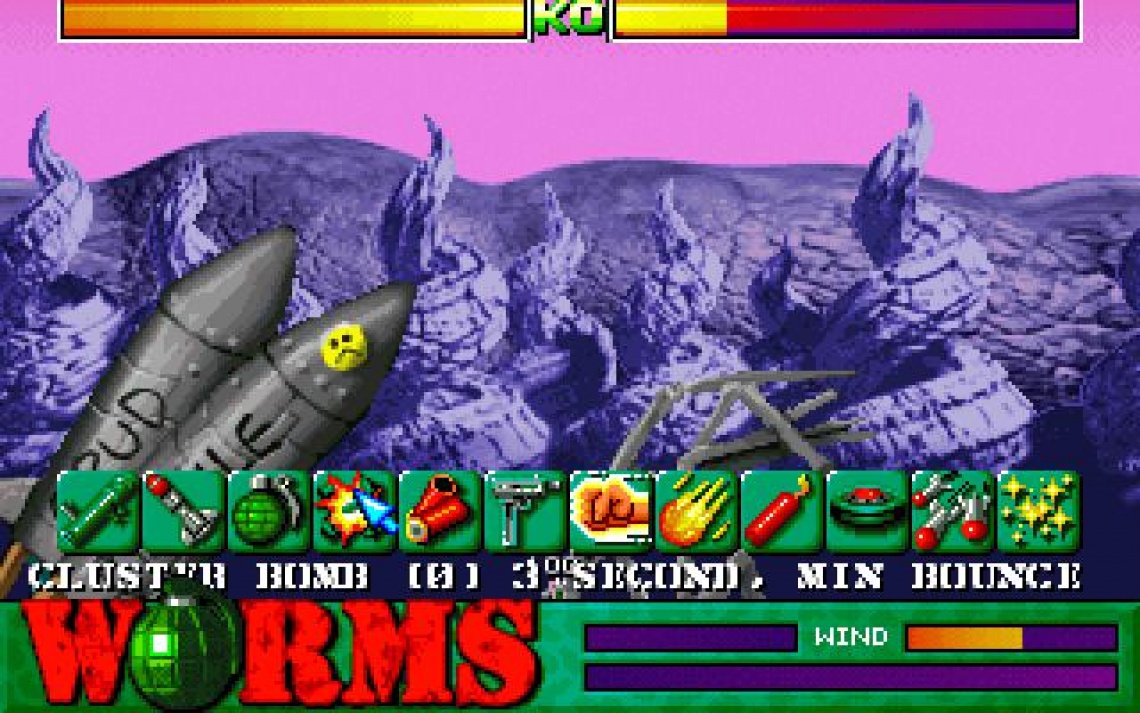 multiplayer
single player
strategy
turn based
Release: 1996
Worms is a series of artillery tactical computer games developed by British company Team17. Players control a small platoon of worms across a deformable landscape, battling other computer- or player-controlled teams. The games feature bright and humorous cartoon-style animation and a varied arsenal of bizarre weapons.

Worms games are turn based artillery games presented in 2D or 3D environment. Each player controls a team of several worms. During the course of the game, players take turns selecting one of their worms. They then use whatever tools and weapons are available to attack and kill the opponents' worms, thereby winning the game. Worms may move around the terrain in a variety of ways, normally by walking and jumping but also by using particular tools such as the "Bungee" and "Ninja Rope", to move to otherwise inaccessible areas. Each turn is time-limited to ensure that players do not hold up the game with excessive thinking or moving. The time limit can be modified in some of the games in the Worms series.
Read Full Description
Save & Play Game Later
Images & Video 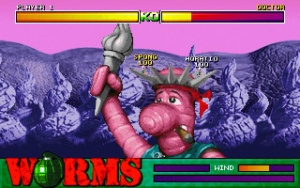 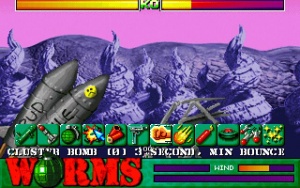