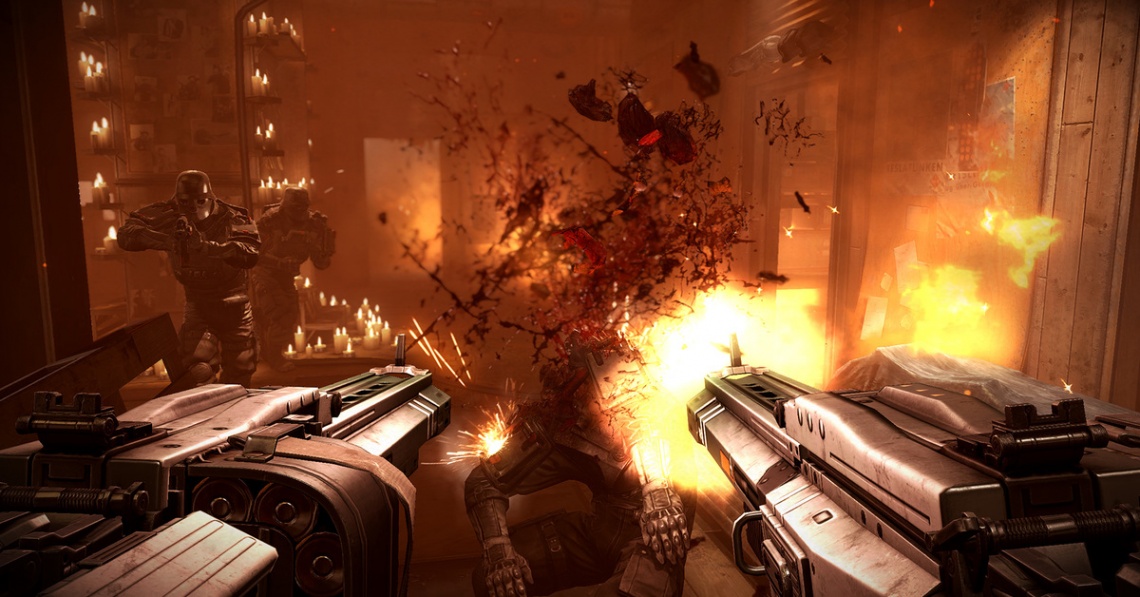 action
adventure
fps
sci-fi
shooter
single player
war
Release: 2014
Wolfenstein: The New Order is an action-adventure and first-person shooter video game played from a first-person perspective. To progress through the story, players battle enemies throughout levels. The game utilizes a health system in which players' health is divided into separate sections that regenerate; if an entire section is lost, players must use a health pack to replenish the missing health.

Players use melee attacks, firearms, and explosives to fight enemies, and may run, jump, and occasionally swim to navigate through the locations. Melee attacks can be used to silently take down enemies without being detected. Alternatively, players can ambush enemies, which often results in an intense firefight between the two parties.
A cover system can be used in combat as assistance against enemies. Players have the ability to lean around, over, and under cover, which can be used as a tactical advantage during shootouts and stealth levels. The game gives players a wide variety of weapon options; they can be found on the ground, retrieved from dead enemies, or removed from their stationary position and carried around. Weapon ammunition must be manually retrieved from the ground or from dead enemies. Players have access to a weapon inventory, which allows them to carry as many weapons as they find. With some of these weapons, players have the ability to dual wield, giving them an advantage over enemies by dealing twice as much damage. Players can also customize weapons through the use of upgrades; for example, a rocket launcher can be attached to the side of an assault rifle, and a laser cannon can be transformed into a wire cutting tool.


This article uses material from the Wikipedia article Wolfenstein: The New Order, https://en.wikipedia.org/wiki/Wolfenstein:_The_New_Order, which is released under the Creative Commons Attribution-Share-Alike License 3.0, https://creativecommons.org/licenses/by-sa/3.0/.
Read Full Description
Get This Game 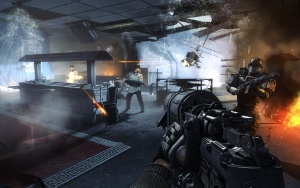 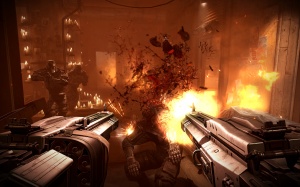