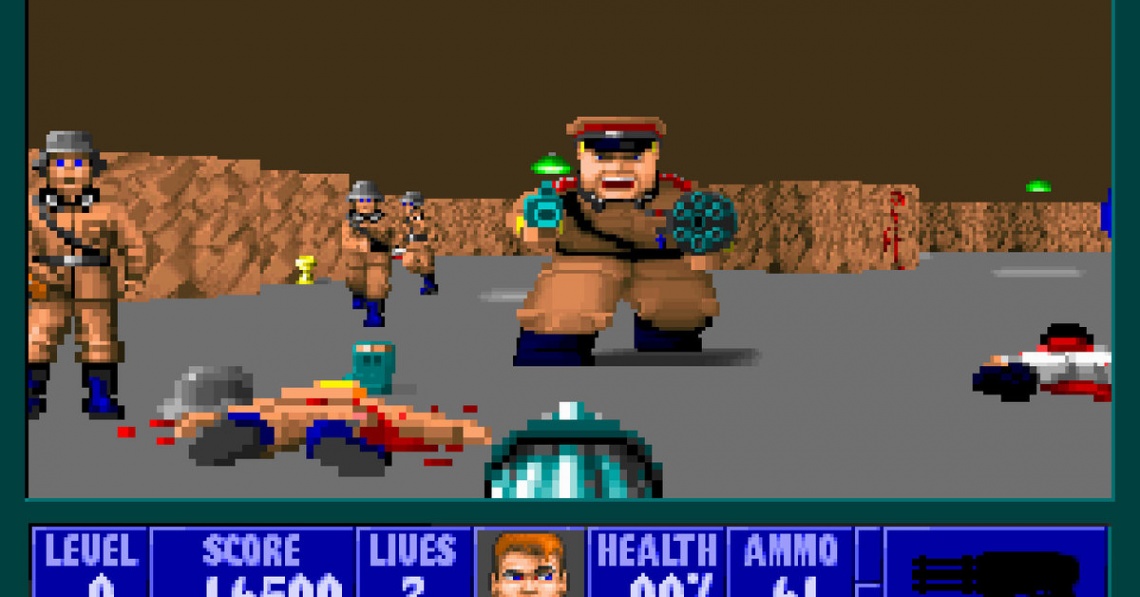 action
fps
single player
strategy
Release: 1992
Wolfenstein 3D is a first-person shooter presented with rudimentary 3D graphics. The game is broken up into levels, each of which is a flat plane divided into areas and rooms by a grid-based pattern of walls and doors, all of equal height. Each level is themed after Nazi bunkers and buildings. To finish a level, the player must traverse through the area to reach an elevator. Levels—ten in the original episodes—are grouped together into named episodes, with the final level focusing on a boss fight with a particularly difficult enemy. While traversing the levels, the player must fight Nazi guards and soldiers, dogs, and other enemies while managing supplies of ammunition and health. The player can find weapons and ammunition placed in the levels or can collect them from dead enemies; weapons include a knife, a pistol, a submachine gun, and a rapid-fire chain gun. While the levels are presented in a 3D perspective, the enemies and objects are instead 2D sprites presented from several set viewing angles, a technique sometimes referred to as 2.5D graphics.


This article uses material from the Wikipedia article Wolfenstein 3D,
https://en.wikipedia.org/wiki/Wolfenstein_3D which is released under the Creative Commons Attribution-Share-Alike License 3.0, https://creativecommons.org/licenses/by-sa/3.0/.
Read Full Description
Get This Game 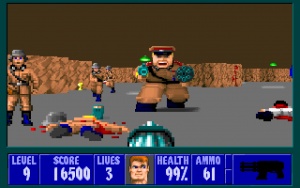 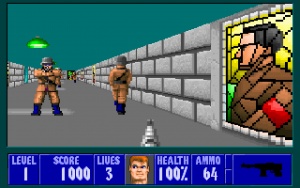