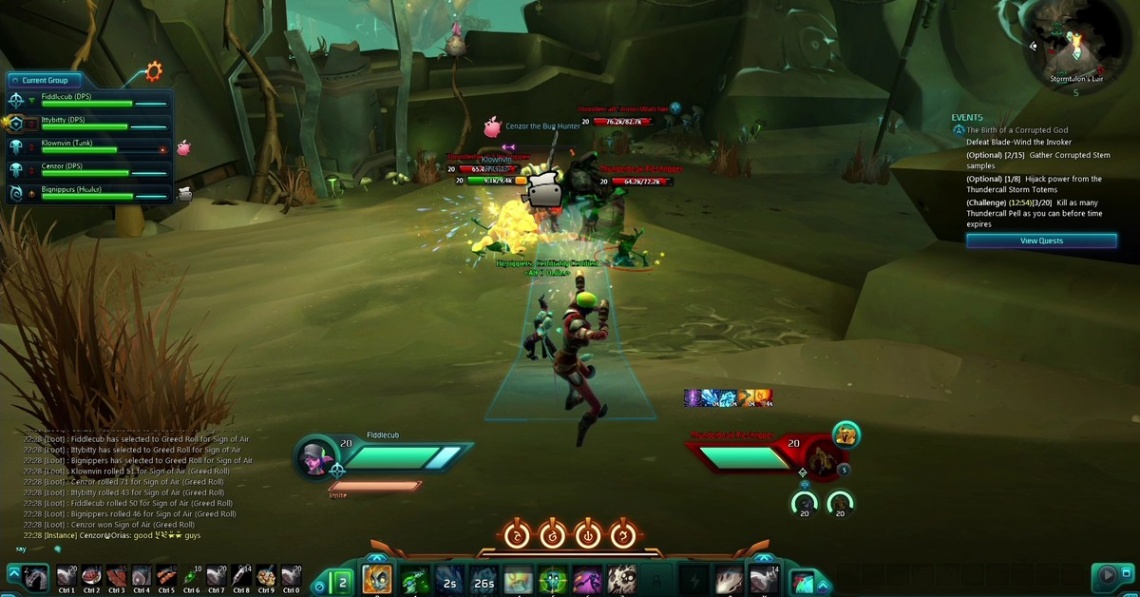 action
adventure
free to play
mmo
pvp
rpg
Release: 2014
Blast off for an epic adventure of galactic proportions! Choose a side and fight for control of Nexus, while uncovering the secrets of the hyper-advanced Eldan that disappeared from the planet long ago.

FACTIONS
CHOOSE A SIDE AND FIGHT FOR NEXUS.

THE EXILES
Driven from their homeworlds by the Dominion, the Exiles are a ragtag alliance of refugees, outlaws and mercenaries that have come to planet Nexus to find a new home.

THE DOMINION
The Dominion is a powerful interstellar empire that has ruled the galaxy for two thousand years, and now claims planet Nexus as its rightful legacy.


CHOOSE FROM SIX SPINE-SHATTERING CLASSES, EACH WITH UNIQUE ABILITIES AND COMBAT MECHANICS!

WARRIOR
POWER SWORD | ARM CANNON | BRUTE FORCE
Armed to the teeth and fearlessly wading into battle with multiple enemies, warriors are unstoppable juggernauts of brutality and combat! Peace is for the weak!

ESPER
PSY-BLADE | BENEVOLENT ILLUSIONS | TERRIFYING NIGHTMARES
Masters of psionic illusion, Espers use the power of their minds to conjure deadly apparitions and extrasensory weaponry! When it comes to mass butchery, it's the thought that counts!

ENGINEER
LAUNCHER | BOTS | EXO-SUIT
Decked out in mechanical armor, Engineers unleash destructive long-range attacks while deploying a powerful posse of bots in battle. Never before have wrenches inspired such dread!

MEDIC
RESONATORS | FIELDS | PROBES
Specializing in battlefield support, Medics use their arsenal of gadgets to heal their friends and liquidate their enemies. Prescription: death!

CHOOSE ONE OF FOUR UNIQUE PATHS, EACH WITH CUSTOM CONTENT DESIGNED FOR YOUR PERSONAL PLAYSTYLE!


SOLDIER
SLAUGHTER YOUR ENEMIES & CONQUER TERRITORY
Ready to lock, load, and kick some ass? As a Soldier, you’ll make weapon lockers, forge super-armor, and test advanced hardware prototypes on your retreating foes. That enough action for you, spanky? HOO-ah!

SETTLER
TAME THE LAND & EXPAND YOUR INFLUENCE
This wilderness ain’t gonna improve itself, cupcake! Step up, strap on a toolbelt, and spruce up Nexus by building battle arenas, hospitals, taverns, and spaceports for your buddies. Pioneering’s never been so cool or disease-free!


SCIENTIST
STUDY THE WORLD & UNLOCK SECRETS
Knowledge is power, so put that big brain of yours to work! Whether it’s relics, robots, or radical machines, as a Scientist you and your trusty scanbot will unlock all the secrets of Nexus. Who knows what evil lurks in the hearts of hostile alien lifeforms? You will!
Read Full Description
Get This Game 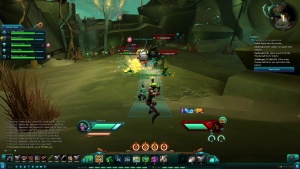