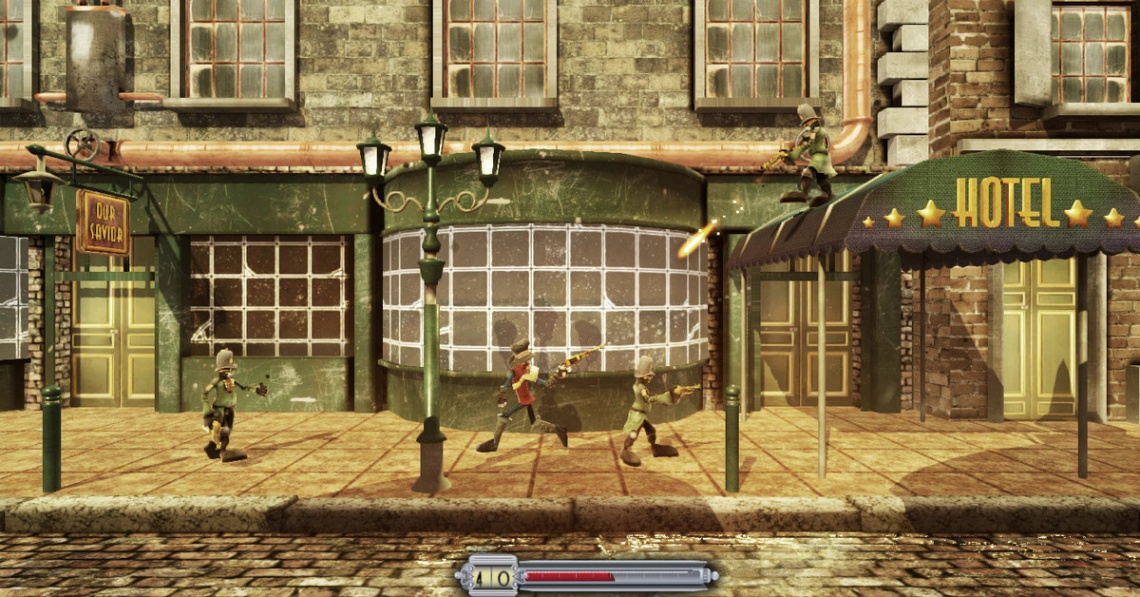 action
Release: 2017
Wells is a action side-scrolling game with 3D graphics, its style is a direct reference to a classic subgenre of games that was popular in the 90's, the Run and Gun. Prepare yourself for facing hordes of enemeies, explosions, gigantic bosses and a dangerous and fascinating jorney into a steampunk universe.

George M. Wells, a notorious smuggler from Percepolis, the city of the new century, will use all his skills to get even with the clients that tried to murder.

There are a great variety of enemies, and each one requires a different strategy to be defeated. In addition to this, in the end of each level, a boss fight is waiting for you.

Besides the running, jumping and shooting actions, this would not be a Run And Gun game without a vehicle stage. You may control Wells in his Steampowered motorcycle and blow away everything out of the way.

The Character find during the game a variety of weapons, each one with a unique functionality that will help Wells face different enemies and challenges. The ammo is unlimited, but after a certain amount of shots, you will have to wait for the cooldown to shoot again.
Read Full Description
Save & Play Game Later
Images & Video 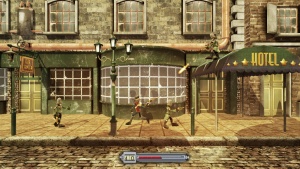 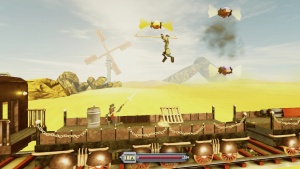