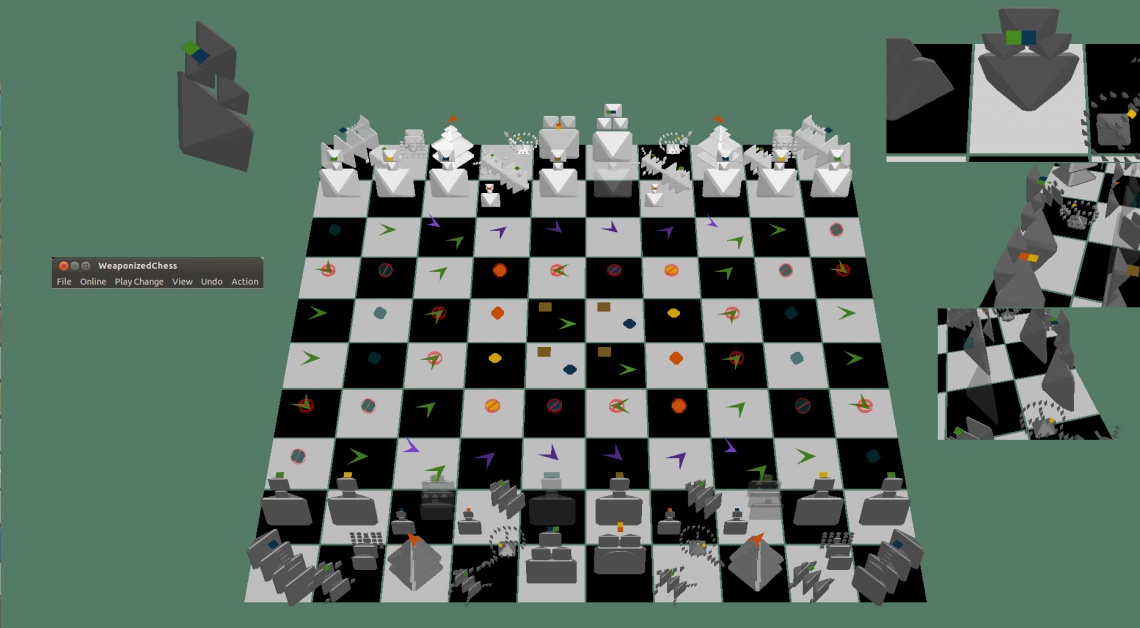 board game
casual
chess
single player
sports
strategy
Release: 2016
WeaponizedChess is like regular chess but in 3-D with weapons and stealth.

WeaponizedChess is derived from regular chess but makes many changes. It adds weapons, three-dimensionality, and tunable stealth. It is a more modern version of chess. Old chess is about knights capturing kings. Modern war is not like that at all. WeaponizedChess is about stealthy, weapon-armed pieces contending on a modern battlefield. Have no fear, the basic nature of chess is retained: black-and-white checkerboard, one side moves then the other, defeating the enemy king is still the goal.
WeaponizedChess is also an experiment in creating a game where a human player will always have an advantage over the artificial-intelligence player. This is achieved by deliberately and radically increasing the exponential burden of a computer player but in a way that any human can naturally handle. Humans will always be better guessers than computers and stealth (and other features of the game) ensheathe this nature into the game. You don't like playing chess by mail or email remotely with someone because you fear they may cheat (get advice from a chess-playing computer program)? Play this game instead. Tired of playing chess against people who have spent a lot of time building up book knowledge about chess? Play this game instead.
Read Full Description
Get This Game 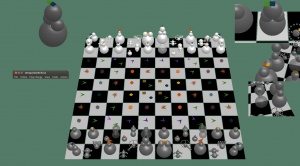 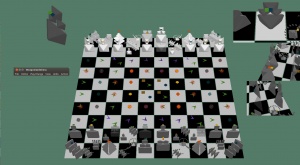 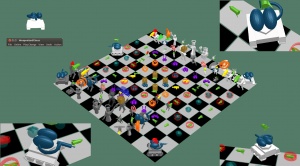 3D Chess Game
Recommended for you