"The first time you dash-attack a Warcube foe, then slow time down to nail an arrow attack while bouncing in mid-air off your first attacker, will leave you changed as an action gamer."
IndieGames.com - Preview

"Just how much fun you’re having describing all this, makes me really excited for this game."
Garnett Lee - PAX Interview

"The simplicity of the art and style makes you appreciate just how much fun the action of the combat is. You’re not distracted..."
Gamespresso - Interview

"If you could take YouTube’s StealthGamerBR and the way he plays Farcry and Dishonored, and put it into a top down 3D pixel Castle Crasher-style realm, you would get this game."
Phil Lendon - Preview

"managed to create a highly aesthetic and polished brawler which can be described as nothing less than “totally freakin’ awesome.”
Big Boss Battle - Preview

"The game is all about the combat, giving a subtle nod to strategies, but mostly we like the way it uses slow motion and sped up elements"
Handsome Trustworthy

"The combat here looks like it'll have depth to it, which is surprising considering the look of the game, but also welcome since it'll give the experience some bite."
Read Full Description
Save & Play Game Later
Images & Video 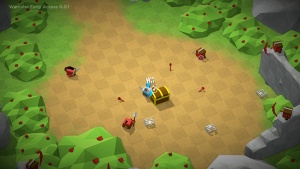 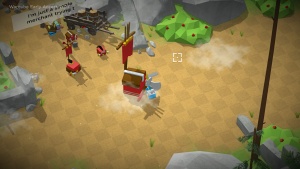