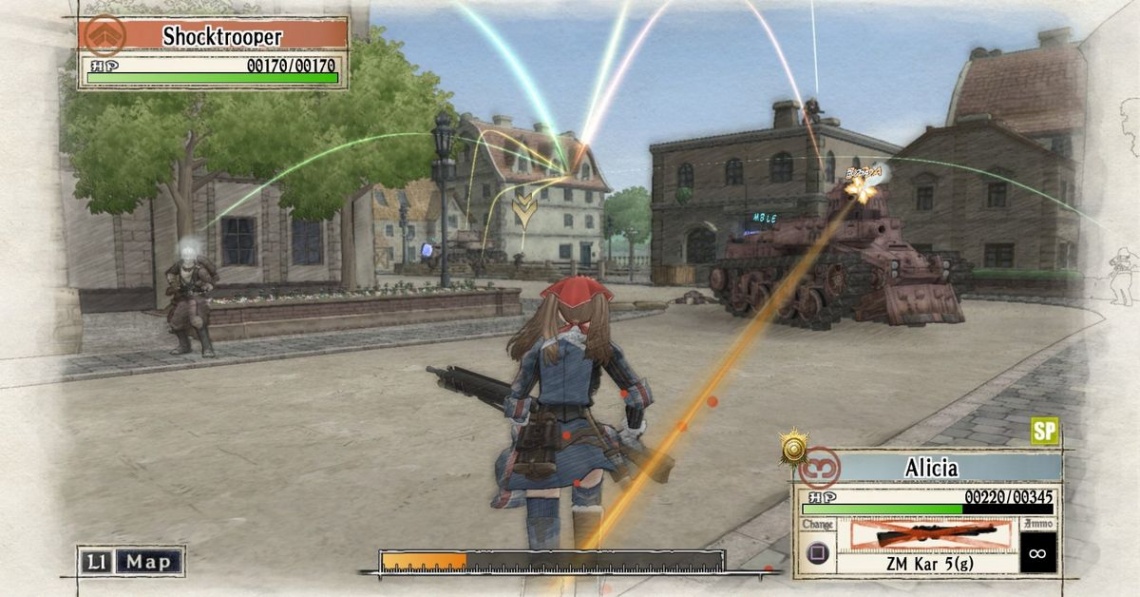 rpg
tps
Release: 2014
Valkyria Chronicles is a tactical role-playing game in which the player uses a unique turn-based battle system called BLiTZ (Battle of Live Tactical Zones).[7] During their turn the player views an overhead map in Command Mode, but zooms in to control each individual unit on the battlefield in Action Mode.[8] Much like the Growlanser series, movement and other actions are handled in real time during Action Mode, though limited in movement by an action point (AP) gauge that varies for each type of character.[8] During Target Mode, the player is in direct control of characters' aim while the action freezes, allowing for head shots and other maneuvers. Taking command of individual units during the player's phase costs Command Points, which can be used dynamically to grant movement to many different units or the same unit consecutively with diminishing AP reserve, depending on what the player wants to accomplish.[8] By using their troops the player must fulfill various conditions depending on the mission in order to achieve victory, most often the capture of a major enemy encampment. Upon completing missions, the player is awarded money and experience with which to upgrade their materiel and character classes, respectively, and the game's story is advanced. Missions can be failed if the player's forces are wholly incapacitated or killed, the squad's main battle tank is destroyed, or the player's main base camp is captured by the enemy.
Each character in the game fulfills a specific role — for instance, Alicia is a mid-range rifle-toting scout, while Welkin is a tank commander. Other roles include Shocktroopers (assault infantry), "Lancers" specializing in anti-tank warfare, snipers, and engineers.[8] These various units form a rock-paper-scissors dynamic of strength and weakness. The foot soldiers (Scout, Shocktrooper, and Sniper) are effective against slower anti-tank units, anti-tank units can quickly destroy tanks with a well-aimed shot,[8] and tanks are generally devastating against infantry, whose anti-personnel weapons are unable to inflict any significant frontal damage. While each character within a class is basically similar in terms of weaponry and statistics, each individual has a distinguishing set of Potentials: special abilities or stat modifiers triggered by various psychological or environmental factors in battle.
The environment also factors heavily in combat. In an urban level, for example, snipers can be sent onto rooftops to eliminate unsuspecting enemies below. Tanks can knock down walls and other obstacles to open new paths. Buildings and other structures offer hard cover around which to maneuver. Foliage offers soft cover to reduce the chance of being spotted by the enemy and to confound their aim when seen. As the Gallian forces advance across the battlefield, control points can be captured, giving the player a tactical advantage and offering additional locations in which to call reinforcements. As Welkin, the player can issue various Orders for the purpose of things such as artillery strikes, supervising medics, and improving offensive or defensive capabilities of various characters. 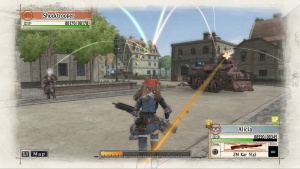 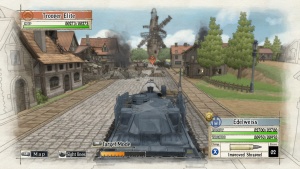