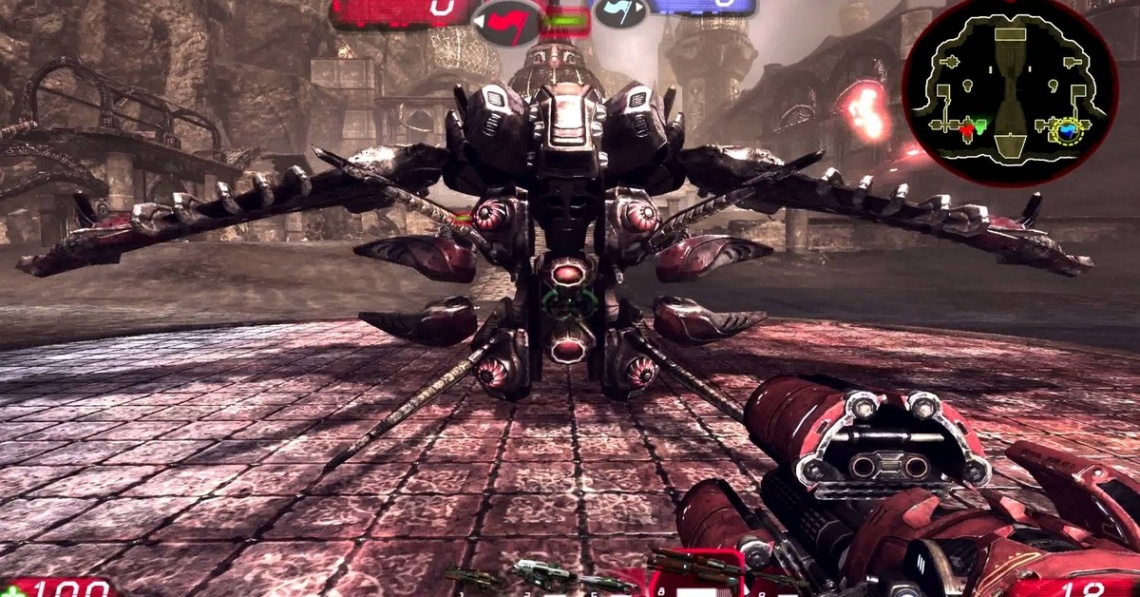 action
fps
sci-fi
Release: 2007
Similar to the prior entries of the series, the game is primarily an online multiplayer title offering several game modes, including large-scale Warfare, Capture-the-Flag, and Death match. It also includes an extensive offline multi-player game with an in-depth story, beginning with a simple tournament ladder and including team members with unique personalities. The following game modes are included:
Deathmatch
Team Deathmatch
Capture the flag
Duel – A one versus one game mode. It uses a queuing system: the winner stays, and the loser goes back to the end of the queue. A typical match lasts fifteen minutes with the winner being the player with most kills.
Warfare – A mix of Onslaught and Assault game modes. While basic game rules are equal to those of Onslaught, Warfare adds countdown nodes (which, after being captured and defended for a certain period of time, create a vehicle or trigger an event helpful to the capturing team) as well as the orb, which can be used to instantly capture and defend nodes.
Vehicle Capture the Flag – Capture the Flag, with vehicles as part of the map; this game mode is distinct from the standard Capture the Flag mode. Also, players are given a hoverboard rather than a translocator.
Betrayal – This game type places freelance players on teams, and when the members of each team kill enemies, the pot for that team grows. Anybody on a team with a pot can betray the rest of the team by shooting them, thus taking the pot, but they must defend themselves from the betrayed teammates for 30 seconds after that, or the teammates receive extra points.
Greed – Greed is a game that (like the UT2004 mod of the same name) focuses on collecting skulls dropped from dead players and capturing them in the opposing team's base. For Greed, the game uses all Capture the Flag and Vehicle Capture the Flag maps.
Modes not returning from the prior Unreal Tournament games include Invasion, Mutant (having been later on partially replaced by the Titan mutator in the UT3 Titan Pack), Onslaught (replaced by Warfare), Bombing Run, Last Man Standing, Domination, and Double Domination. Assault was removed from the game during production.
In this installment of Unreal Tournament, the vehicles are split into two factions, the Axon vehicles and Necris vehicles. The Axon vehicles are the same vehicles from Unreal Tournament 2004, but several have significant game play changes. In addition, on vehicle maps every player is equipped with a personal hover board, a skateboard-like device that allows players to quickly traverse large maps and grapple onto other teammates' vehicles. The hover board is very vulnerable to attack, and any hit will knock the player off the board and disable him or her for several seconds, leaving the player exposed and vulnerable. The player cannot use any weapons while on the board. 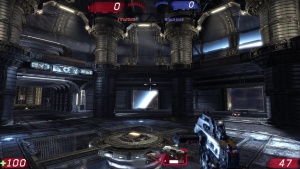 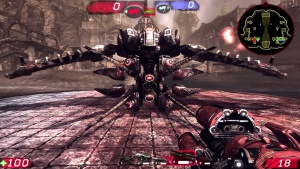