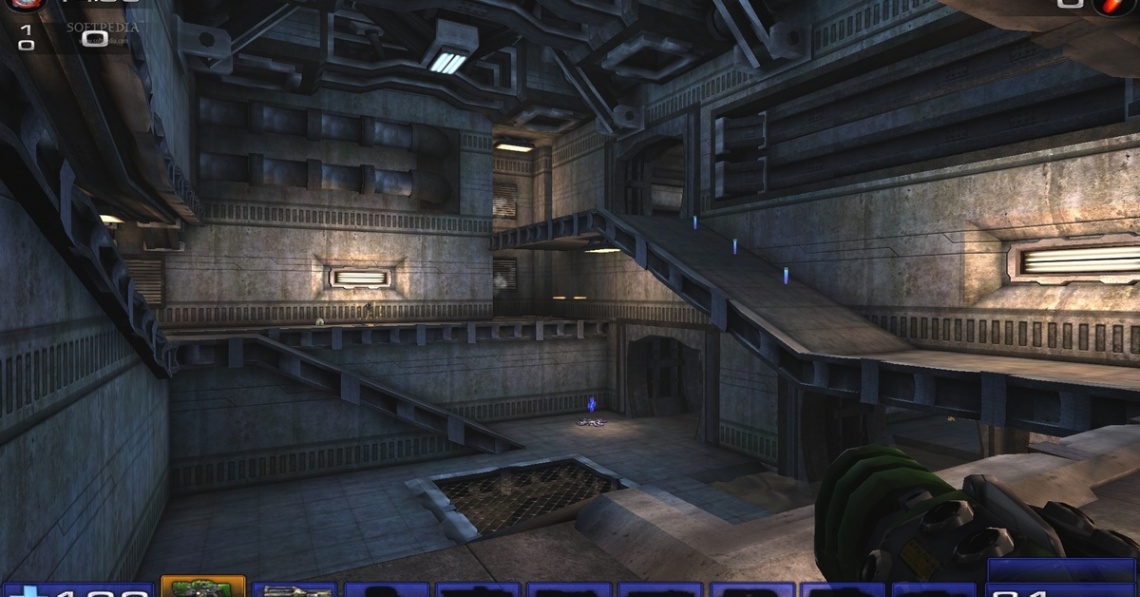 action
fps
sci-fi
Release: 2004
Unreal Tournament 2004 is a first-person shooter representing a fast-paced extreme sport of the future. The game, designed primarily for multiplayer gameplay, offers multiple ways of movement including double-jumping, dodge-jumping, wall-dodging and shield-jumping.[3] UT2004 also features an extensive array of weapons, all of which come with a secondary fire. Some of them were designed specifically for use in vehicle-based game types, and typically appear only in those game types such as the Anti-Vehicle Rocket Launcher (AVRiL) and the Grenade Launcher. More than 100 maps are included in the game for all new and existing game types.

Gametypes
The available game types are:
Assault — It is an objective-oriented game type in which one team attacks the objectives (usually one at a time in a specific order) while another defends. Often, attackers will be rewarded for completing an objective by being allowed to spawn closer to the next objective. If the attacking team completes the final objective within the allowed time, the teams switch roles and another round on the same map begins. If not, the original attackers lose. If a second round begins and the new attackers complete the final objective in less time than the first attackers, they win; if not, they lose.
Onslaught — or ONS is a vehicle-based game mode in which the objective is to capture a series of power nodes connecting your and your opponents’ bases and destroy the power core located within their base. First team to destroy opponents’ power core wins.
Bombing Run — Each level has a ball that starts in the middle of the playing field. Your team scores by getting the ball through the enemy team's hoop. You score 7 points for jumping through the hoop while holding the ball and 3 points for tossing the ball through the hoop. The player holding the ball cannot use weapons but can pass the ball to team mates. The ball is dropped if the player is killed.
Capture the Flag — Your team must score flag captures by taking the enemy flag from the enemy base and returning it to their own flag. If the flag carrier is killed, the flag drops to the ground for anyone to pick up. If your team's flag is taken, it must be returned (by touching it after it is dropped) before your team can score a flag capture.
Deathmatch — or DM, is a game type, in which the point is to either reach a certain number of frags (or kills) or to the highest number of frags at the time limit for the match.
Team Deathmatch — Two teams duke it out in a quest for battlefield supremacy. The team with the most frags wins.
Invasion — It is a simple survival mode. The players are forced to work together to try and survive endless waves of monsters from Unreal that get increasingly difficult with each wave. Once a player dies they cannot respawn until the round is over. Rounds can either end after a time limit (victory) or when all players are dead (failure).
Double Domination — Your team scores by capturing and holding both Control Points for ten seconds. Control Points are captured by touching them. After scoring, the Control Points are reset to neutral.
Last Man Standing — Each player starts with a limited number of lives. The last remaining player to still have lives wins the match.
Mutant — All players start in a deathmatch setting with all weapons, and the first player to kill becomes the "mutant". This player receives unlimited ammo, camouflage, Berserk (Increases rate of fire and knockback) and super speed for an indefinite amount of time, but he slowly loses health and can't pick up any health items. When the mutant is killed, the mutant powers are passed to the killer.

Vehicles
There are many vehicles available in Unreal Tournament 2004. Most of them make an appearance in the Onslaught game type, while a few feature in Assault. The full set consists of aircraft types and vehicles. There are also two spacecraft which only officially feature in one Assault map and different types of gun turrets which players can take control of. 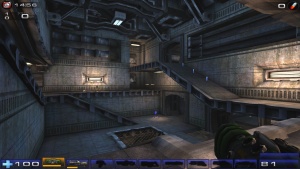 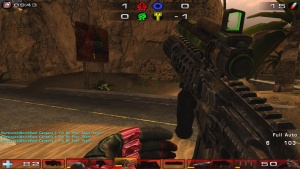