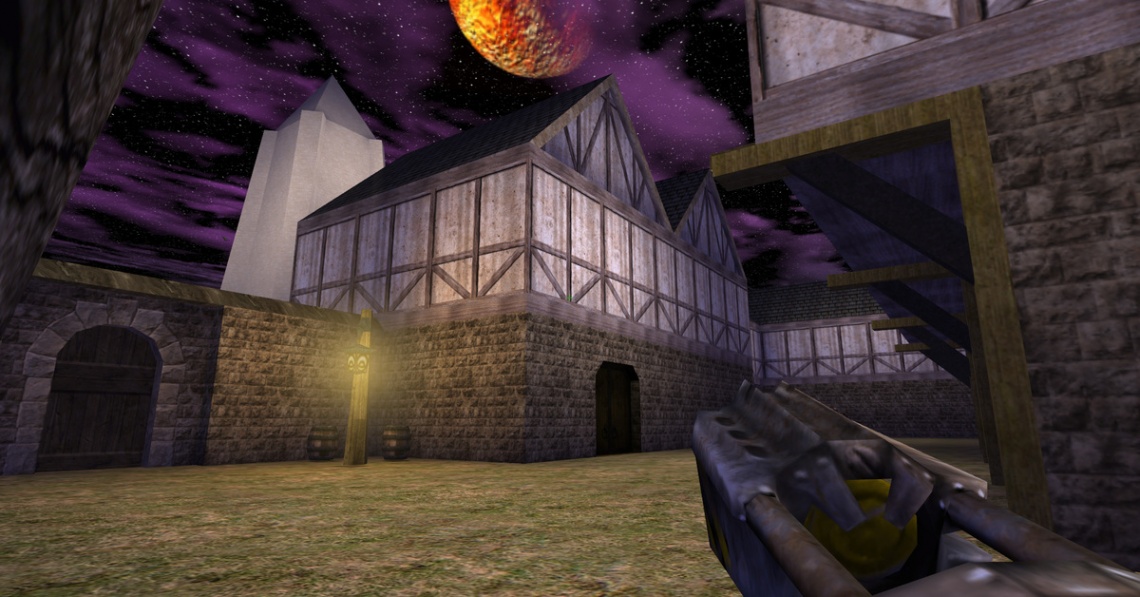 fps
Release: 1998
The player takes on the part of Prisoner 849, aboard the prison spacecraft Vortex Rikers. During transport to a moon-based prison, the ship is pulled to an uncharted planet before reaching its destination. The ship crash-lands on the lip of a canyon on the planet Na Pali, home of the Nali, a primitive tribal race of four-armed humanoids. The Nali and their planet have been subjugated by the Skaarj, a race of brutish yet technologically advanced reptilian humanoids. Skaarj troops board the downed Vortex Rikers and kill the remaining survivors, except for Prisoner 849, who manages to find a weapon and escape from the ship.
The planet Na Pali is rich in "Tarydium", a mineral that is found as light blue crystals, which possesses a high energy yield and utility that is the reason the Skaarj have invaded. The ship has crashed near one of the many Tarydium mines and processing facilities that the Skaarj have built. Prisoner 849 travels through the mines, meeting Nali slaves and eventually entering the ruins of Nali temples, villages and cities, where the extent of the Nalis' suffering and exploitation are made clear.
Throughout the game the player stumbles across the remains of other humans, often with electronic journals that detail their last days and hint at the cause of their demise. Usually the tales are of desperate struggles to hide from the Skaarj or other bloodthirsty inhabitants of the planet. The player never meets another live human aside from a wounded crew member on the bridge of the prison ship who gasps and dies immediately. Prisoner 849 is likely the only human alive on the planet Na Pali throughout the game.
Prisoner 849 continues to make their way through a series of alien installations, a second crashed human spaceship, and ancient Nali temples infested with Skaarj troops and their minions, eventually arriving at the Nali Castle. Inside the castle, the prisoner locates a teleporter that leads to the Skaarj Mothership. The mothership proves to be a vast labyrinth, but Prisoner 849 manages to find the ship's reactor and destroys it, plunging the vessel into darkness. After navigating the corridors in the dark, the player arrives at the Skaarj Queen's chamber and kills her. Prisoner 849 jumps into an escape pod as the mothership disintegrates. Although the prisoner survives the Skaarj, the escape pod is left to float into space, with slim hopes of being found. 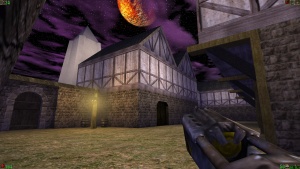 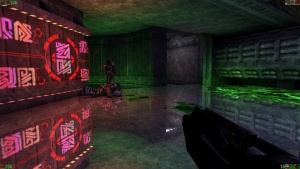