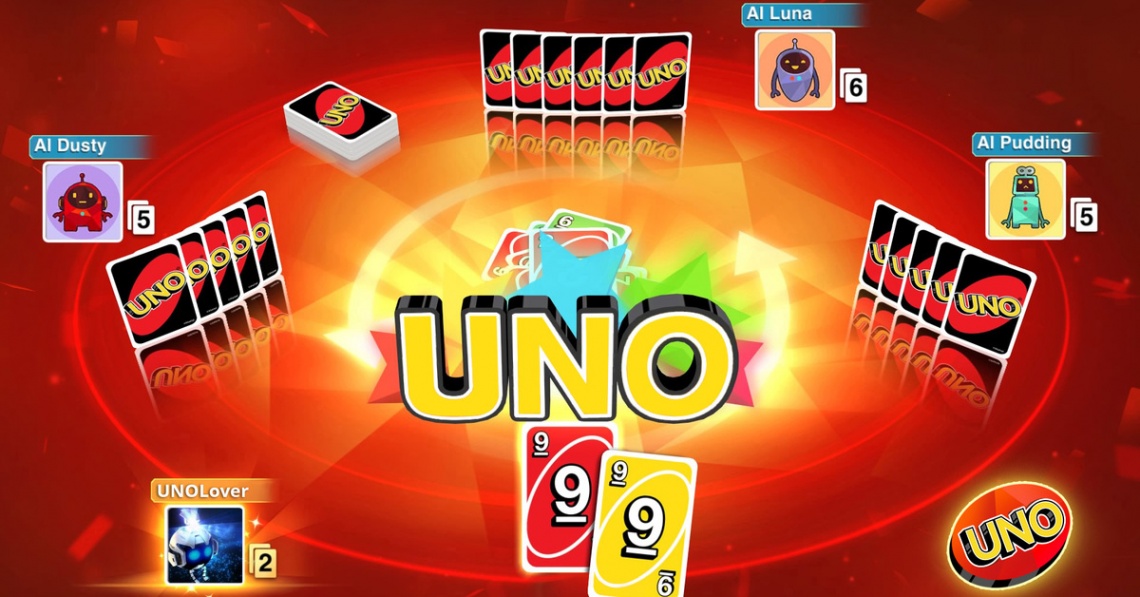 board game
card game
casual
family-friendly
multiplayer
Release: 2016
It`s one of the most iconic classic games that we all grew to know and love! UNO® makes its return to consoles and PC with an assortment of exciting features such as added video chat support and an all-new theme system that adds more fun! Match cards either by matching color or value and play action cards to change things up. Race against others to empty your hand before everyone else in either Classic Play or customize your experience with a variety of House Rules and match settings to ensure you and your friends never play the same game twice! Also, get ready to shake things up with new branded themes, including never-before-seen Theme Cards that really change the way you play the game!

Beloved Classical Rules:
Stacking: When a Draw Two or Wild Draw Four is played, play the same type of card to add to the penalty and pass it down to the next player.
7-0: Playing a 7 allows you swap hands with another player, and playing a 0 forces all players to take their hand and pass it down in the order of play.Jump-In: For the first time on consoles,
Jump-In is available for play! Whenever a card is played, if you hold an identical card, you may play that card out of turn.

Personalized House Rules:
For the first time ever, you can use all House Rules together to make your matches as crazy as you want.

Exclusive Themes:
Wacky Rabbids-Branded Theme Included! Try out the all-new visuals to play in the crazy universe of Rabbids.Enjoy new gameplay, with 4 new cards, such as the Wild Blue Yonder card that allows you to protect yourself from drawing cards while passing the penalty down for hilarious results!

Talk To Your Friends and See Them:
While playing, talk to other players using Voice Chat Support.
Put on Video Chat so you can see the funny expressions on your opponents’ faces as you secure yet another victory over them!
Read Full Description
Get This Game 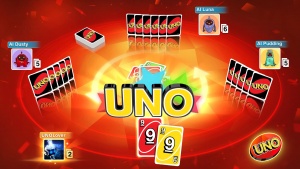 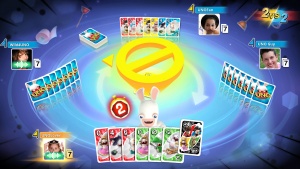