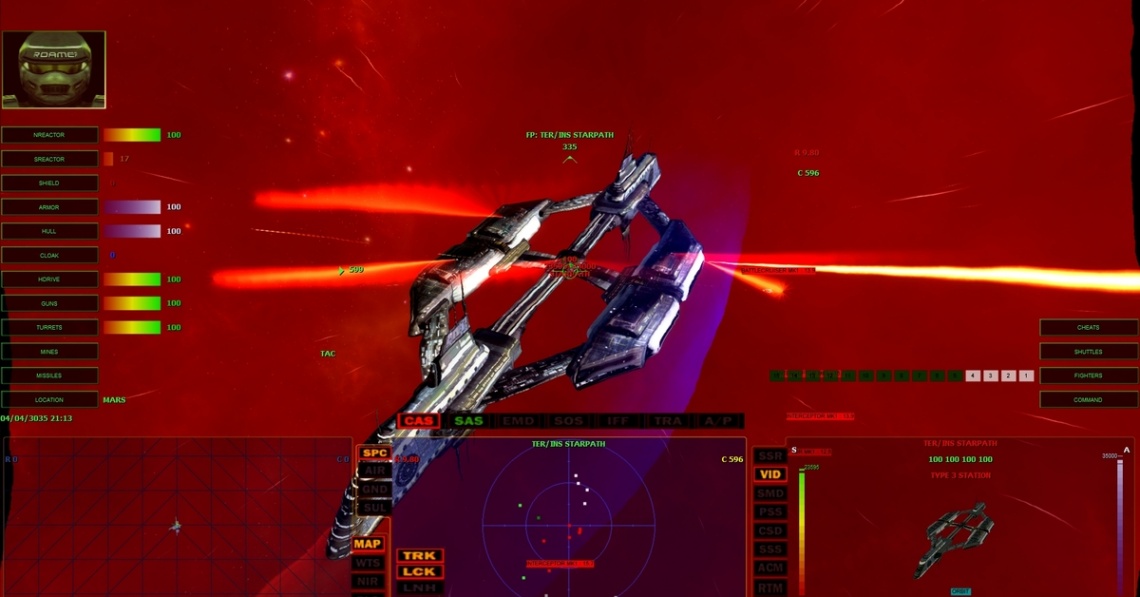 action
simulation
strategy
Release: 2015
Universal Combat which was first released in 2004, was the spiritual successor to the legendary Battlecruiser 3000AD series of games which made its debut in 1996. Then heralded as the most advanced capital ship space combat game, Battlecruiser 3000AD, the first title in the series, set the resulting standard for high-end capital ship combat games. You not only had control over a massive armed carrier in a vast universe with space and planetary bodies, you also had complete control over the carrier’s systems (weapons, navigation etc), support crafts (fighters, shuttles, vehicles) as well as an entire crew that moved around the ship doing various things (e.g. engaging in combat with intruders).

When Universal Combat arrived, aside from new graphics technologies, it brought along with it a host of new features which were not present in the previous Battlecruiser titles. Such features included advanced fps controls which allowed you to not only deploy your carrier crew to planets, control them in combat etc, but it also allowed you to fight alongside them

In 2009, following the 2008 release of Galactic Command Echo Squad SE which had improved space and planetary engines, we again refreshed the Universal Combat CE game with those improved engines, then later released it as Universal Combat Collector’s Edition v2.0.

This ultimate space capital ship combat compendium spans over two decades and represents the evolution of hard core space combat sims. It contains all Commander scenarios from every game in the Battlecruiser and Universal Combat series:

Command 28 capital ships including carriers, cruisers, transports.
Command 46 support crafts including fighters, shuttles and planetary vehicles.
Command a crew of over 100 personnel including key personnel such a Flight Officer, Navigation Officer etc.
Use fleet command & control to create a massive fleet consisting of your ships and other AI controlled ones.
Direct control of various ship systems including shields, reactor, engine, cloaking, tractor beam, transporters and various advanced weapon systems.
Track your ship’s AI crew as they go about their on-board duties which include engaging hostile intruders, repairing ship systems, prepping support craft etc.
Lead your marines into battle on planets using various weapons of mass destruction.
Deploy an away team of (e.g. marines, engineers etc) in a shuttle, deploy them on various planetside missions; complete with advanced orders.
Deploy probes to keep track of friendly regions as well as spy on hostile ones.
Deploy mining drones on planets to mine for precious minerals which you can then sell for profit.
Dock at various space stations and planetary bases to trade, repair, rearm – and of course engage the hostile ones along the way.
Capture space stations for your alliance and use them as operational bases, including the ability to use their own fleet of support craft (cruisers, carriers, fighters etc)
Play the freeform scenario and roam a large persistent galaxy.
No shuttles? Don’t want to risk being shot down? Use the transporter room to deploy your combat away team directly into hostile planets.
Read Full Description
Save & Play Game Later
Images & Video 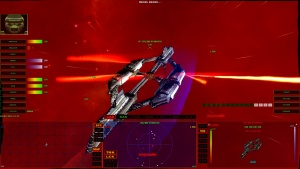 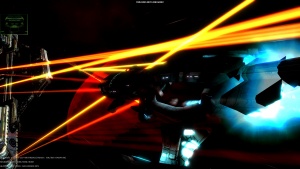