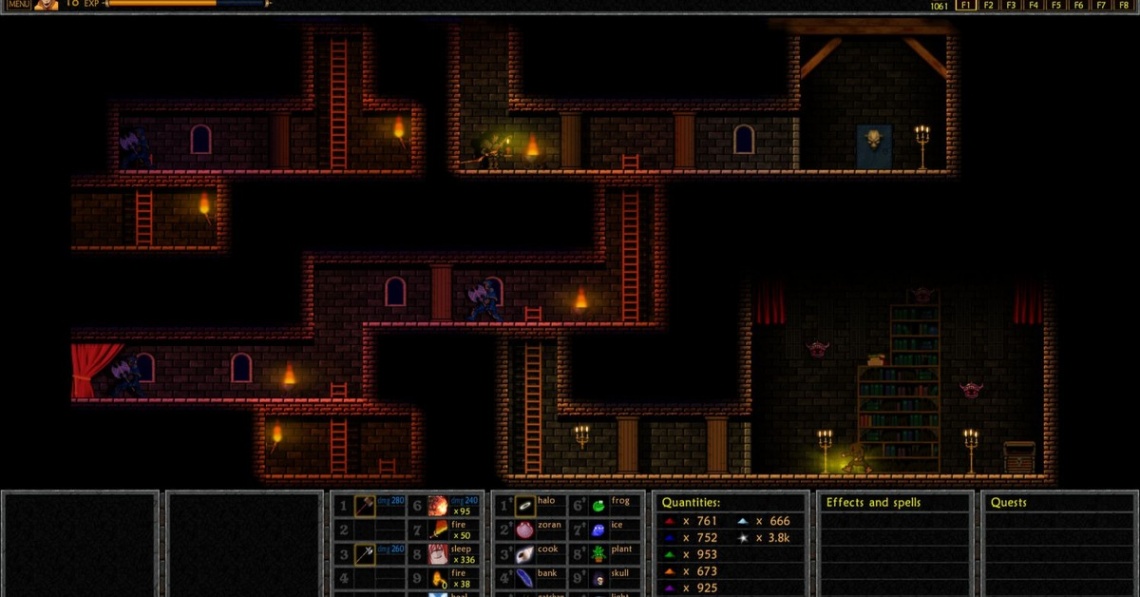 platform
rpg
Release: 2014
Unepic is a combination of platforming and role playing games. There are many hilarious references throughout the game. The game takes place in Harnakon, a huge medieval castle.

It is set in the hardcore NES Style, yet refined with the latest features. This makes Unepic a very unique game.

Harnakon's Castle is huge, more that 200 rooms with several different environments, all of them with their own monsters and interactive characters.
These images are just small portions of these rooms.

In Unepic you will find more than 100 different weapons to hit and slay anything that crosses your path.
A single weapon is not good for every type of enemy. Depending on the monster you face, one weapon type may be much better than others.
These are the weapons that you can master:

swords: they are used to attack monsters that can bleed, as they cause deep wounds in flesh. However, they are much less effective against monsters that don't bleed or things made of iron or wood, like barrels or armored foes.


daggers: Lethal against all bleeding monsters if attacked from behind, as both the damage and critical hit chance are multiplied. Moreover your attacks are much faster since daggers are the lightest weapon type you can find.


maces: They are meant to smash. Especially effective against skeletons, rotten barrels and armored monsters.


axes: Axes are a mixture of sword and mace. They cause cuts to fleshy monsters, and their hits are strong enough to penetrate solid objects. Their main drawback is their low speed.


polearm: Their biggest advantage is that they have the longest reach of all the melee weapons.
They are especially useful against monsters that are best kept afar.


bow: Obviously are used to attack from long distances, though they are not very effective against armored monsters.


wands: wands shoot all types of magic bolts.
Their effects are very destructive and they cast quickly, but they have limited charges.
Read Full Description
Save & Play Game Later
Images & Video 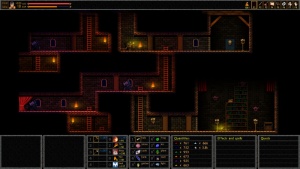 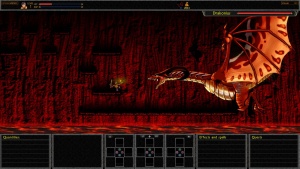