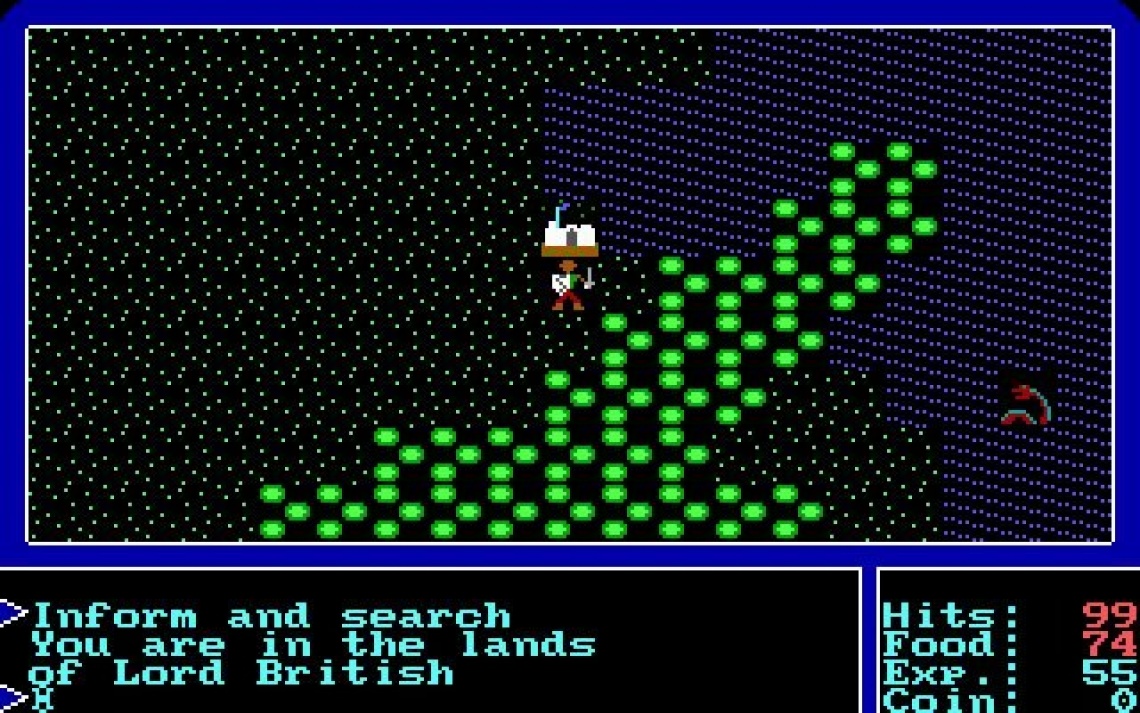 Ultima I: The Revenge of the Enchantress

action
fps
rpg
single player
strategy
third person
Release: 1981
The world of Ultima is presented in a variety of different ways. The overworld is projected in a topdown, third person view, while dungeons are displayed in first person, one-point perspective. In both scenarios the player character is controlled with the keyboard directional arrows, and shortcut keys are used for other commands, such as A for attack and B for board.
Ultima is set in the fictional world of Sosaria, a land broken into four different continents. The land is ruled by a total of eight different lords, two for each of the world's four land masses. The four continents contain two castles each, where quests can be obtained by the player. There are two types of quests given out in the castles—one entails visiting a certain location on the main map, the other killing a specific type of monster in the dungeons. Fulfilling the former type of quest gives stat boosts; the latter gains the player an important item needed to reach the endgame.
This article uses material from the Wikipedia article Ultima II: The Revenge of the Enchantress,
https://en.wikipedia.org/wiki/Ultima_I:_The_First_Age_of_Darkness which is released under the
Creative Commons Attribution-Share-Alike License 3.0,
https://creativecommons.org/licenses/by-sa/3.0/.
Read Full Description
Save & Play Game Later
Images & Video 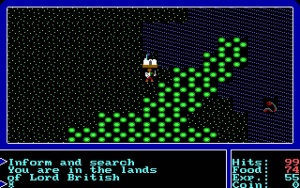 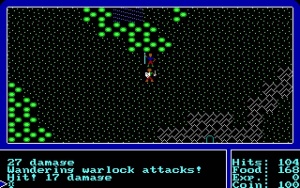