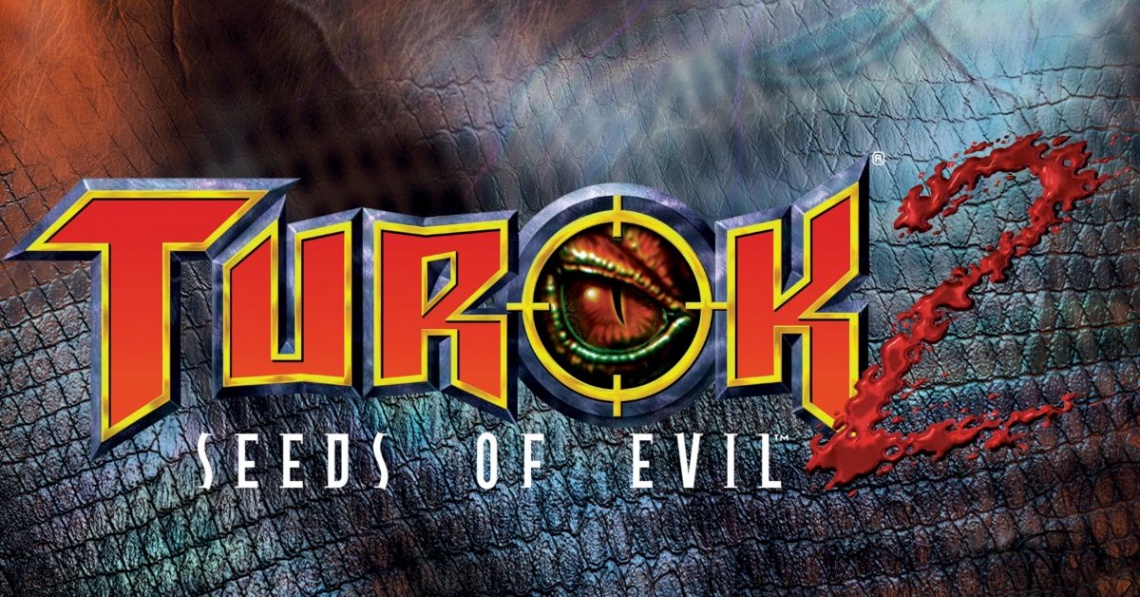 action
adventure
aliens
classic
fps
multiplayer
sci-fi
shooter
Release: 1998
Like its predecessor Turok: Dinosaur Hunter, Seeds of Evil is a first-person shooter where the player assumes the role of Turok from a first-person perspective. As Turok, the player can run, jump, climb ladders, swim and dive underwater for a limited period of time. The player can carry an unlimited number of weapons, ranging from bows and arrows to pistols, rifles, a shotgun, a grenade launcher, a flamethrower, a speargun, and more advanced weapons such as the Cerebral Bore, which fires a homing projectile capable of latching onto enemy's heads, killing them by drilling into their skulls and exploding. Turok has a certain amount of health which decreases when attacked by enemies. If Turok's health is fully depleted, the player loses one Life Force point and has to continue the game from a previous checkpoint. If the player loses all Life Force points, the game will be over. Ammunition, health, and Life Force suppliers can be collected throughout the game to increase the player's resources.
To progress through the game, the player must venture through six large levels interconnected by a hub area. In each level, the player must complete multiple objectives and then exit the level via a portal. Objectives range from destroying objects to rescuing hostages and defeating enemies, among others. Upon exiting a level, the player must either protect a totem from enemy forces or defeat a boss, or both, depending on which level the player was; the first three levels require the player to protect a totem, the fourth and fifth levels require the player to protect a totem and then defeat a boss, and the last level requires the player to defeat a boss. The game features an automap to help players navigate through the levels.
Once a particular level has been completed, the player is sent to the hub area, which features six portals to each of the individual levels and a gate that leads to the final boss. All the portals in the hub area, except for the first one, must be unlocked with keys that must be collected in the levels. The keys that unlock the portals to the second and third levels are found in the first level, the keys that unlock the portal to the fourth level are found in the second level, the keys that unlock the portal to the fifth level are found in the third level, and the keys that unlock the last level are found in the fourth and fifth levels. As a result, the game allows the player to complete certain levels in a nonlinear order. In the Nintendo 64 game, the player's progress can only be saved in special portals, while the Microsoft Windows version lets players save the game at any point. In these portals, the player may also fully restore Turok's health and ammunition once per level.
In addition to level keys, every level has one Primagen Key. The six Primagen Keys unlock the gate to the final boss in the hub area and require the player to use talismans to collect them. Talismans grant Turok special powers, such as allowing him to jump long distances or walk over lava. To use the power of a talisman, the player must collect a feather in a level and then take it to the talisman chamber from that level. There are five talismans in the game and every level, except for the first one, features a feather and a talisman chamber. The Primagen key from one particular level usually requires the player to use the talisman from the next level, except for the Primagen key from the last level, which requires the player to use four talismans. Therefore, the player needs to re-enter some levels more than once to collect all Primagen keys and complete the game.

This article uses material from the Wikipedia article Turok 2: Seeds of Evil, https://en.wikipedia.org/wiki/Turok_2:_Seeds_of_Evil, which is released under the Creative Commons Attribution-Share-Alike License 3.0, https://creativecommons.org/licenses/by-sa/3.0/.
Read Full Description
Get This Game 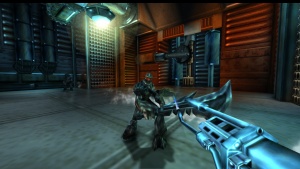 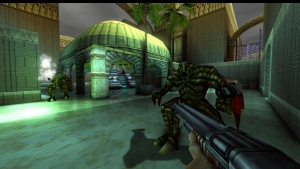