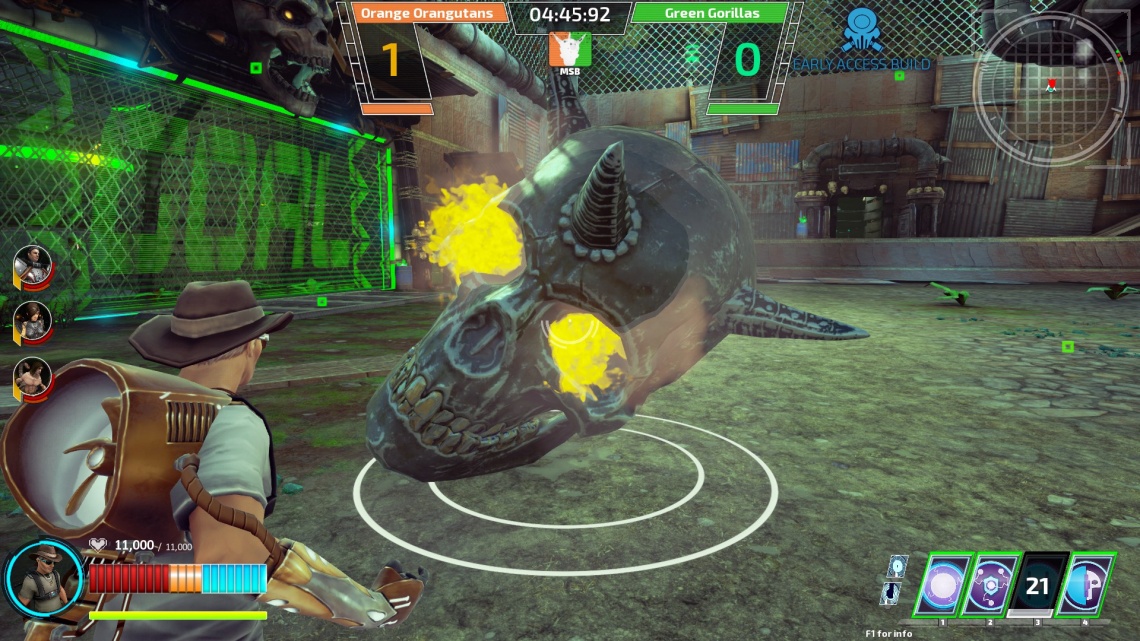 Compete in teams of 4v4 to take out your opponents, gain Skull Power, and score goals to win

The Skull Ball arenas are designed to excite and challenge the players, some with deadly consequences.

Team up to defend Facility H50-TD against waves of increasingly difficult enemies from freeing the "Experiments", building up to 3 unique and exciting boss fights, and culminating in a near impossible to beat final last stand.

Team up in groups of 8v8 in this new spin on a familiar game mode. The teams are trying to power up their reactor by grabbing misplaced power cores in the heart of New Detroit, or throughout the Skull Chasm.

Protect the power core carrier to gain a speed boost, or be on the offensive to keep the other team away in this nail bitingly exciting game mode.

Try not to get too lost in the beautiful cityscape or chasm vista, as defeat is only a heartbeat away.

Fight for victory, honor, and bragging rights in our take of an intense 8v8 classic team death match.

Translocate in with your squad and defeat the opposing team before time runs out.

Choose your teammates wisely, as team composition counts, and your opponents will not be kind.

In the Core Breach game mode, 16 players will take on the 8v8 challenge of fighting through central map objective points in order to gain an edge on the other team and complete the ultimate goal of destroying the opposing reactor core.

Players must first choose their paths to victory while taking on hostile NPCs, or going head-first into the other team.

Core Breach is a revisioning of classic MMORPG battlegrounds blended with a MOBA-lite feel.
Read Full Description
Get This Game 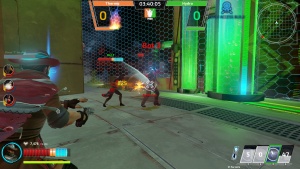 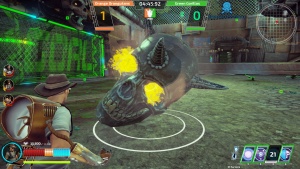