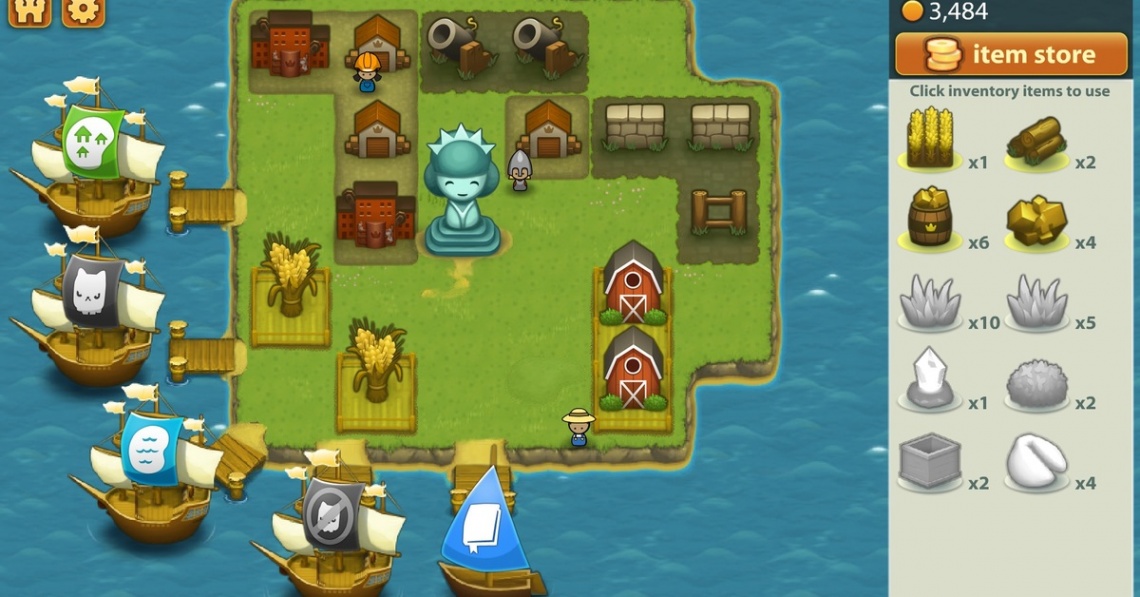 The casual game was originally released for the Amazon Kindle e-reader in 2010, and was ported to the Facebook and Google+ social networks in October 2011. It was published in January 2012 for iOS and some Android devices. It was released for Windows and Macintosh through Steam on December 6, 2012.

The premise of the turn-based, single-player game is that the player must build a new settlement. The game takes place on a 6×6 grid of fields on which some tiles are randomly placed.
Read Full Description
Save & Play Game Later
Images & Video