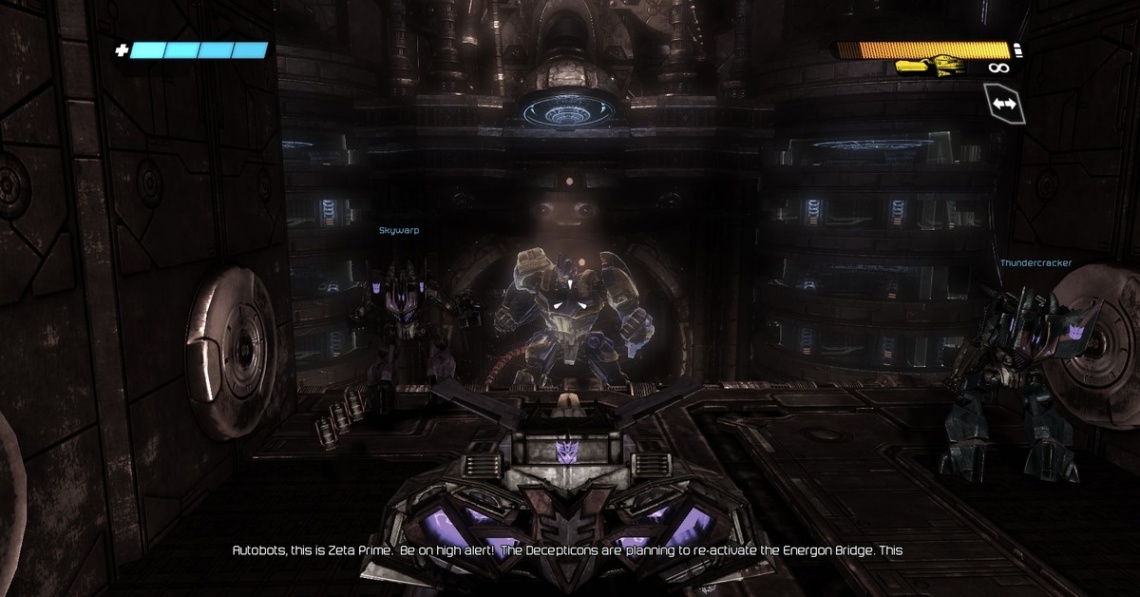 multiplayer
tps
Release: 2010
War for Cybertron is played from a third person perspective. Transformers are classified into four main categories, Leader, Soldier, Scientist, and Scout. Each character in the campaign is classified as one of these types, and their weaponry, abilities and vehicle form are largely influenced by their character class. Players can change between forms at will, and each form has unique abilities. While in robot form characters can also collect different weapons, reminiscent of those found in first-person shooters.[2] While in vehicle form each character can boost their speed.[2]
Each campaign level gives the player a choice of three Transformers. The campaign can be played in single-player or cooperatively via online multiplayer, and players can enter or leave the game at any time.[2] If fewer than three players are present, the game's AI controls the remaining playable characters.[2] Cooperative and competitive modes of the game are limited to online play, with no split screen features available. The game levels are designed to allow characters to comfortably navigate and play the game in either mode.[2]
Multiplayer
Competitive multiplayer games do not allow players to control official, named characters, and instead must design their own Transformer. Similar to the campaign, generic multiplayer characters are split into four character classes. Contrary to the campaign, however, each created character features some amount of customization. Players can select a base model and vehicle form, then alter major colors for their character and modify weapon loadouts and abilities based on that character class. The multiplayer aspect also features an experience and leveling system, including perks, and upgrades reminiscent of Call of Duty: Modern Warfare 2, another Activision game.[2]
War for Cybertron has several multiplayer modes to choose from. Deathmatch is a free-for-all game type where the player with the most kills at the end of the game is the winner. In Team Deathmatch players are divided into Autobot and Decepticon teams.[2] The winning team is the one who earns the most kills. Conquest is a capture-and-hold style game, similar to the conquest mode found in the Star Wars: Battlefront series. Multiple control points are spread across the level. The object is for players to capture enemy control points by standing near them for a set amount of time while defending their own control points.[2] In Countdown to Extinction players must take an active bomb and place it at an enemy base, similar to the Assault mode in the Halo series. Power Struggle is the game's equivalent to the common King of the Hill game type. Finally Code of Power is a mode consisting of two and a half minute rounds where teams vie for a giant melee weapon. Also available is the Escalation game mode, the only multiplayer mode where players can control characters from the campaign or downloadable content. Players choose a faction and then work cooperatively to defeat continuous waves of enemy robots until all players are defeated, similar to the Horde mode found in Gears of War and the Halo series Firefight game modes. Players earn credits by defeating enemies which can be used to unlock ammunition, weaponry, health and new areas in each map.[2] 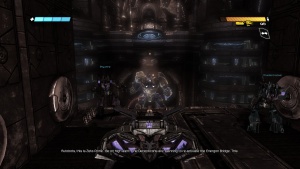 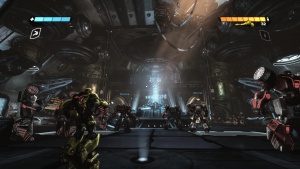