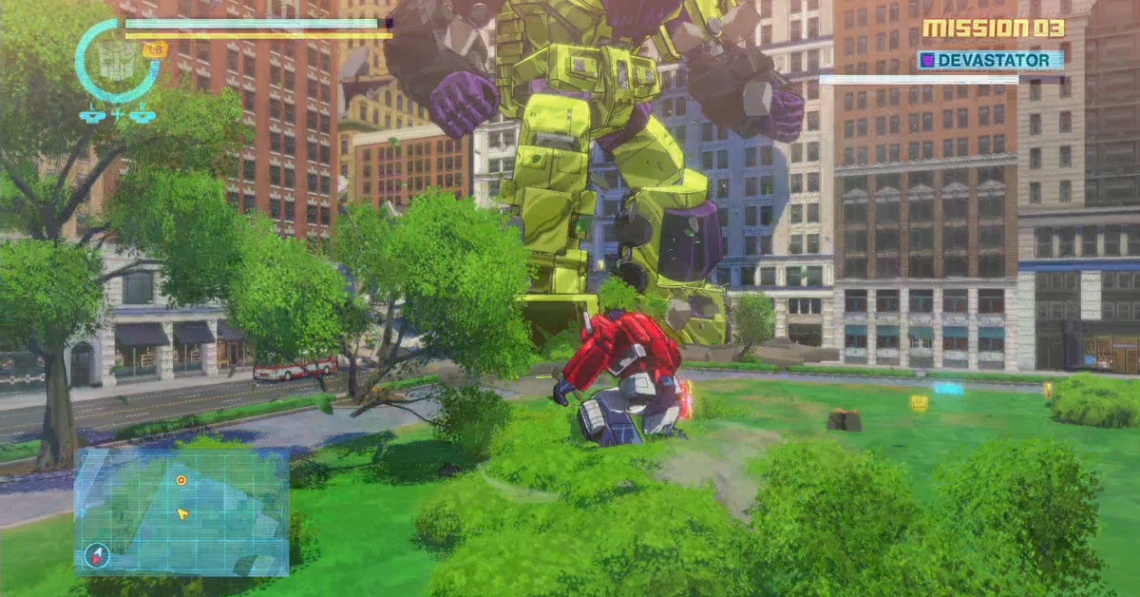 action
Release: 2015
Transformers: Devastation is an action game similar to PlatinumGames' other titles (e.g. Bayonetta). Players control one of five Autobots; Optimus Prime, Bumblebee, Sideswipe, Wheeljack, and Grimlock, as they battle against Decepticons and Insecticons who stand in their way. Each of the Autobots are able to use a variety of melee attacks and ranged weapons, and are able to transform into vehicle mode at any time. Similar to Bayonetta, successfully dodging attacks activates Focus, which slows down time around the player, allowing them to counterattack their opponents. Each Autobot also has a unique special ability and a powerful Overdrive attack that can be performed with enough energy.
The game consists of seven chapters, which are each split up into several missions, including some optional side-missions. Players are ranked on each mission based on their overall performance. Players can earn credits and gain new weapons by defeating enemies, destroying certain objects, and clearing puzzles hidden across each chapter. Credits can be used to purchase new items, moves, and weapons, forge T.E.C.H. to grant passive stat boosts, synthesize weapons to make them stronger, or increase the stats of each Autobot. The game features multiple levels of difficulty, with more unlocked upon clearing the game multiple times. An additional Challenge Mode offers 50 stand-alone missions. 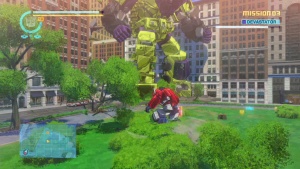 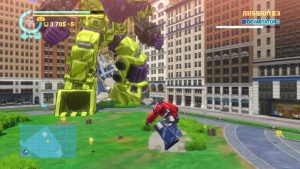