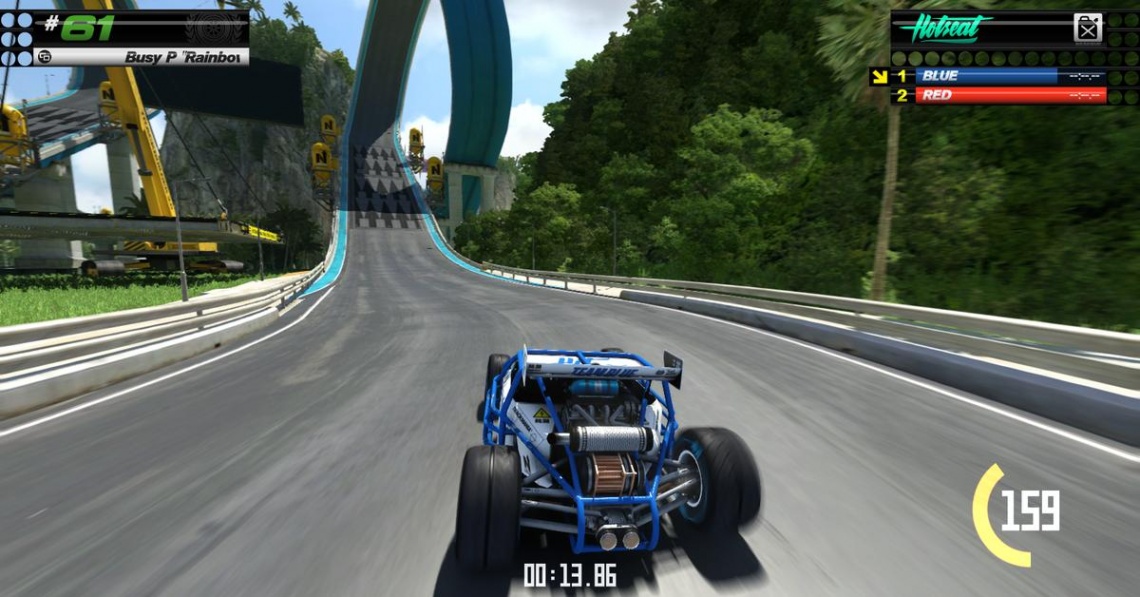 multiplayer
racing
Release: 2016
TrackMania: Turbo features gameplay akin to that of previous games in the series. The player can race on over 200 different tracks,[4] across four different locations, namely Rollercoaster Lagoon, International Stadium, Canyon Grand Drift, and Valley Down & Dirty.[5] Similar to previous games, the game moves at a very high pace with a high focus on stunts. The game's developer said that "[They] wanted [Trackmania Turbo] to be an arcade game"[6]
Various modes are set to appear in the game, including a campaign and a mode called Double Driver, which is a cooperative multiplayer mode, in which two players are controlling the same car.[7] TrackMania Turbo will also have a split screen multiplayer mode for up to 4 players[8] which makes it the first racing game with such gameplay for the consoles PlayStation 4 and Xbox One.[9][10]
The track editor from previous games also returns, which allows players to create own tracks and share to other players. A new addition to the track editor, is its ability to generate random tracks.[6] A new feature introduced to the franchise is Systemic music, which ties the soundscape to the gameplay, which dynamically intensifies, heightens or lessens the music to fit with the gameplay.[11] 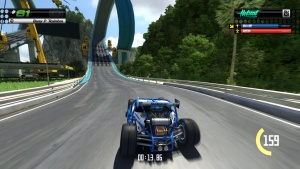 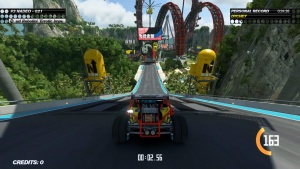