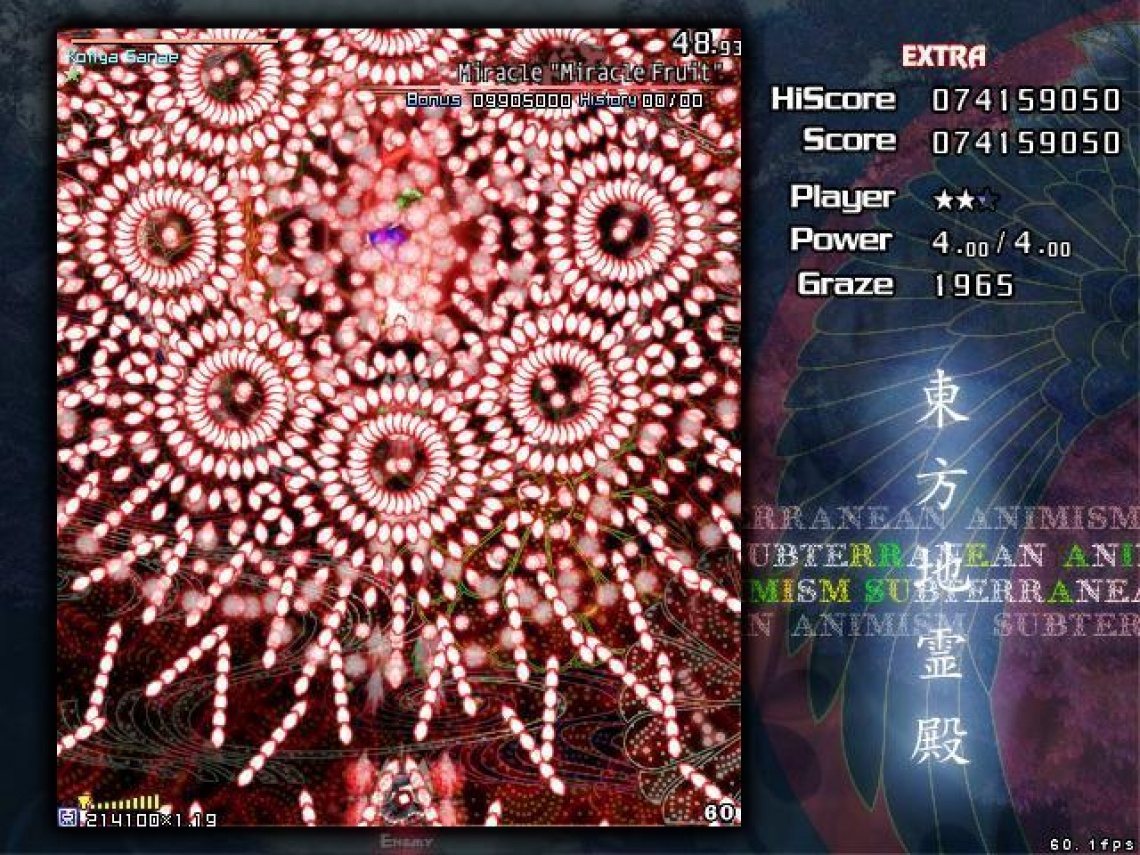 action
fighting
shoot 'em up
single player
strategy
Release: 1996
In the shooting games, the player's bullet power increases on a linear scale as the player collects power-ups dropped by enemies, and eventually maxes out. The player can also collect 'point' icons to earn extra lives; the amount needed grows exponentially as the player's score rises. The player can use 'focus', the shift key by default, which slows down the player's movement, makes the collision box visible, and (generally; some characters are reversed) focuses the player's attack to make it more powerful. The graze counter, missing from Mountain of Faith and Story of Eastern Wonderland, tracks how many bullets entered the character sprite but avoided the collision box, and rewards the player with a score bonus for living on the edge. 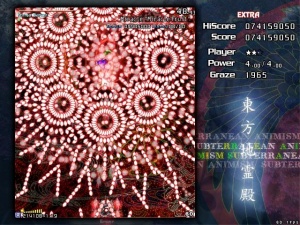 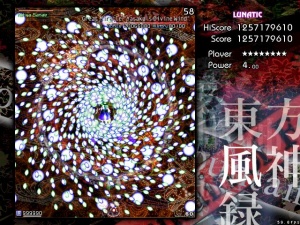