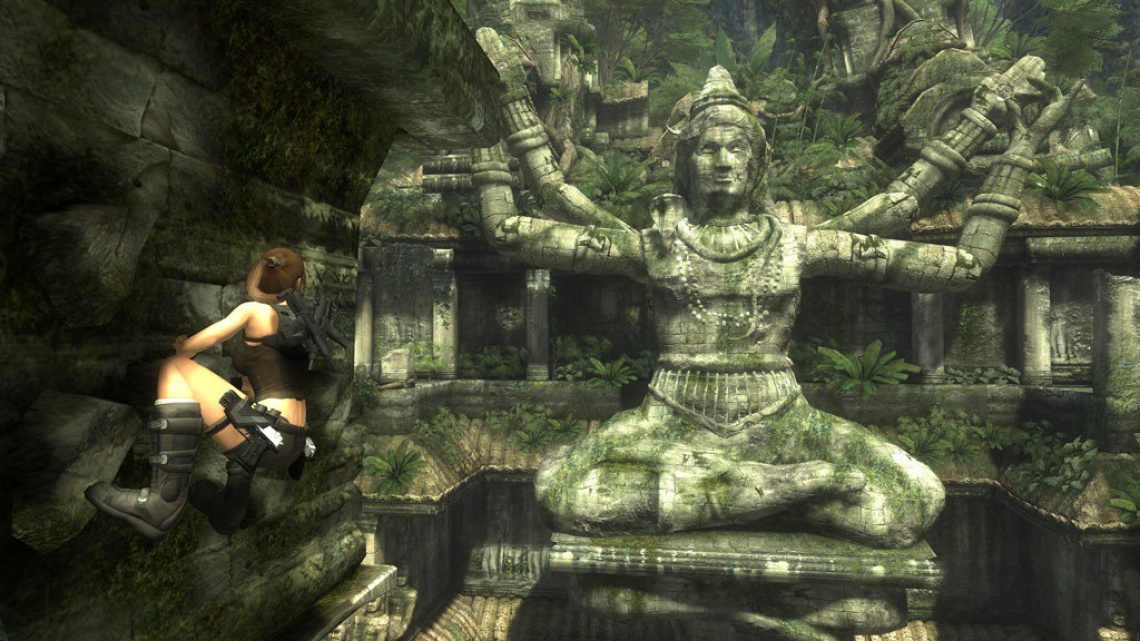 action
adventure
Release: 2008
Tomb Raider: Underworld is a single player, action-adventure video game. The game is presented in third person perspective, where the player takes control of Lara Croft. Lara's environment reproduces a more "interactive world that reacts and remembers", such that footprints left in the mud or mud transferred to Lara's knee from kneeling on the ground is washed away by rain, the bodies of the foes she encounters remain where she killed them, and any destruction to the environment she causes are permanent. According to creative director Eric Lindstrom, this is "to not only reward the player for the effect they're having on the world, but to give them navigational aids." The game uses an animation blending system that allows Lara to interact dynamically with her environment, such as pushing foliage aside with one or two hands, depending on if she is carrying a weapon. It also features a "hybrid lighting model that combines dynamic lights with carefully created light maps" and a weather system that changes the environment, for example, "If Lara’s negotiating a wet ledge she’s more apt to slip or lose grip," which makes "the environment [...] her adversary" for a large part of the game.
Lindstrom explained that they integrated the elements of climbing, shooting and puzzle solving. This instalment also features a new melee combat system, requiring Lara in some instances to use "direct combat and evasive manoeuvres to distance herself from her attacker". Notably, Lara's bike, among other things, is a key component in solving the puzzles she will encounter in her adventure. Pick-ups have multiple uses as weapons and tools in interaction with the environment, and Lindstrom stated that Lara "can also split up her guns and fire at two different targets simultaneously," or hold an item with one hand and fire a gun with the other. The grappling hook can be stretched taut and used to pull objects off ledges, illustrating what project lead Rob Pavey said, that "Lara will be able to do anything that you'd expect her to be able to do," which he called "the big theme this year." Lindstrom describes this as "a philosophy called 'What Could Lara Do?'—WCLD. It's short-hand for having the player be able to use their own intuition about what someone with her abilities should be able to do in an environment such as this, and consistency across the different mechanics and abilities. If she can throw a grenade, then if she can pick up this pole, why can't she throw it?" Crystal Dynamics also made the game non-linear, offering elaborate multi-stage puzzles.
Another new design element was the "adrenaline moments". Instead of specific button presses, time slows down and gives the player a chance to get out of harm's way while retaining complete control of Lara. 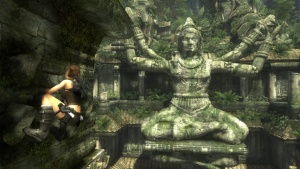 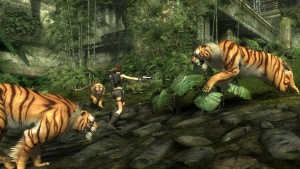