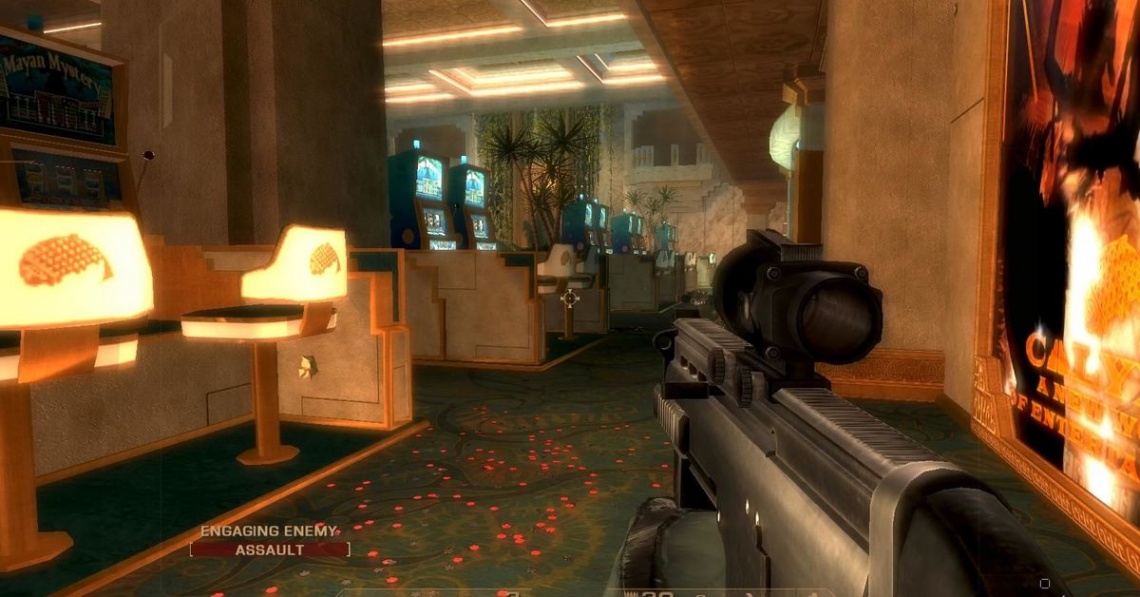 action
fps
Release: 2006
Rainbow Six Vegas changes the series with multiple new features, such as a new health system where the player regenerates health while not taking fire (it should be noted that the player may sometimes be killed instantly, without a chance to regenerate health; this usually happens from grenades, as well as taking close range fire from very powerful weapons, particularly to the head). The player's vision is greatly impaired while damaged, similar to the health system in Gears of War.[2] Furthermore, a third-person view has been included for moments where players can blind-fire around corners to lay down suppression or covering fire.[2] Other changes include a larger enemy presence and much tougher artificial intelligence,[3] a shift in focus to where kills will be much harder to obtain, a reincarnated aiming system similar to the aiming system of the old Rainbow Six games and a context-sensitive D-pad based command system for the player's squad and sections of gameplay where the player will scale buildings and cause environmental damage. The player can also give voice commands using the Xbox 360 and PlayStation 3 headset,[3] but team-mates are no longer audible through the headset.
There is no mission planning feature or save system, instead the game uses a checkpoint system.[3] The developers also opted to almost entirely exclude cutscenes, telling the story through video feeds on a heads-up display. The player also has various skills, such as the ability to rappel up and down buildings while shooting and the ability to fast rope into an area. 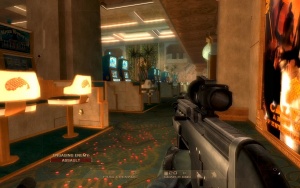 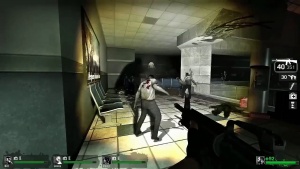