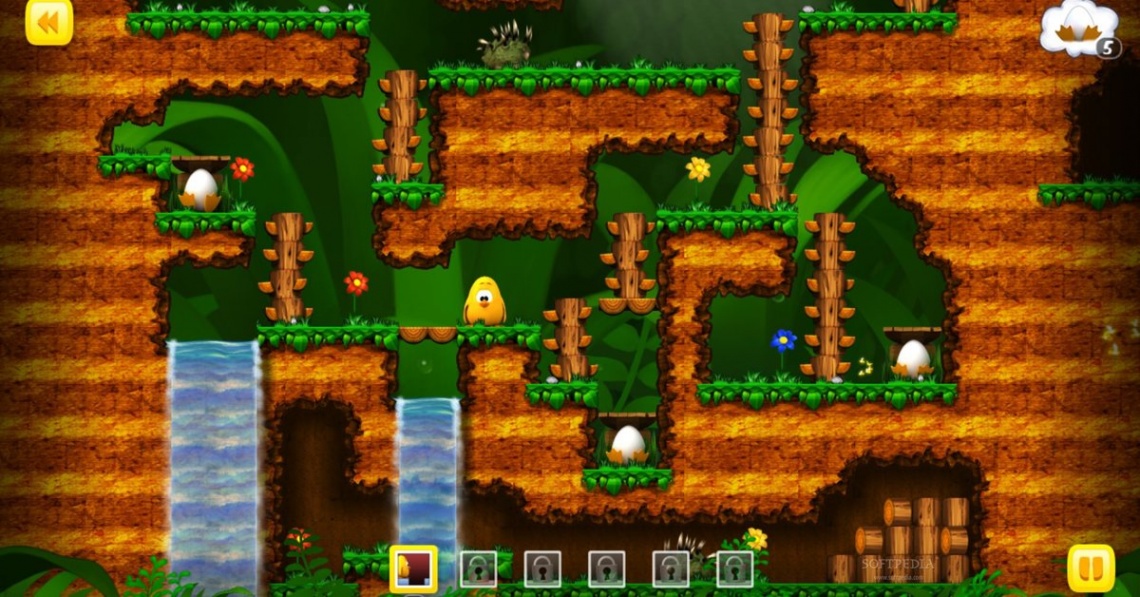 casual
puzzle
Release: 2010
Gameplay in Toki Tori consists of using a limited number of tools to gather up all the eggs in the level in a single run through it in a certain amount of time. Toki Tori is given a set number of tools in the beginning of a level. The puzzles are designed around the tools so they must be used intelligently and usually using a tool incorrectly makes the level unbeatable. Enemies usually appear following a simple patrol of walking back and forth, turning when they hit an obstacle. If they touch Toki Tori, he instantly dies, forcing the player to restart the level. Some tools are weapons that can defeat these monsters; however, they must be used wisely to allow completion of the level. Besides the threat of monsters, a timer is constantly ticking down. If the timer reaches zero, the player must restart the level. Once the player has a clear idea of how to beat the level, however, there is usually ample time to execute the plan. There are fifteen levels in each of the four worlds, not including tutorial levels that appear when a previously unseen tool appears. Only the first ten are required to enter the next area. The other five are much more difficult and are there to add replay value. 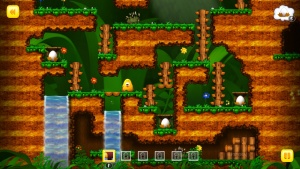 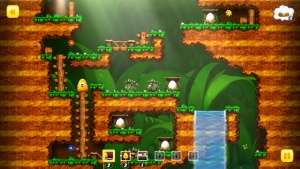