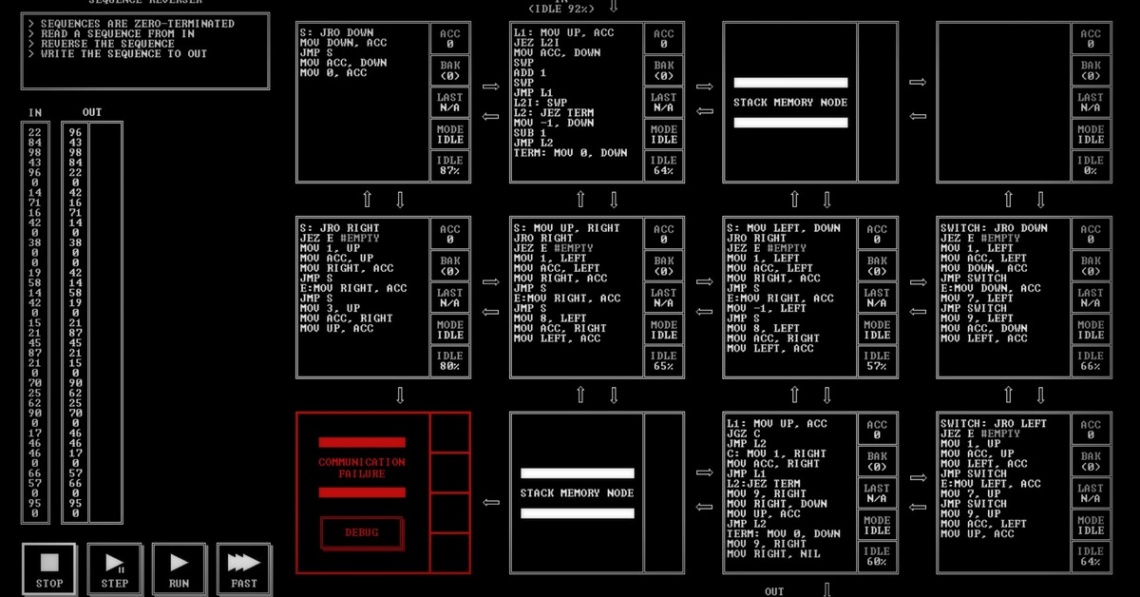 indie
puzzle
simulation
single player
education
Release: 2015
TIS-100 is an open-ended programming game by Zachtronics, the creators of SpaceChem and Infinifactory, in which you rewrite corrupted code segments to repair the TIS-100 and unlock its secrets. It’s the assembly language programming game you never asked for!

Print and explore the TIS-100 reference manual, which details the inner-workings of the TIS-100 while evoking the aesthetics of a 1980’s computer manual!
Solve more than 20 puzzles, competing against your friends and the world to minimize your cycle, instruction, and node counts.
Design your own challenges in the TIS-100’s 3 sandboxes, including a “visual console” that lets you create your own games within the game!
Uncover the mysteries of the TIS-100… who created it, and for what purpose?
Read Full Description
Get This Game 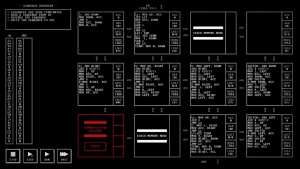 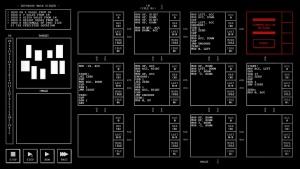