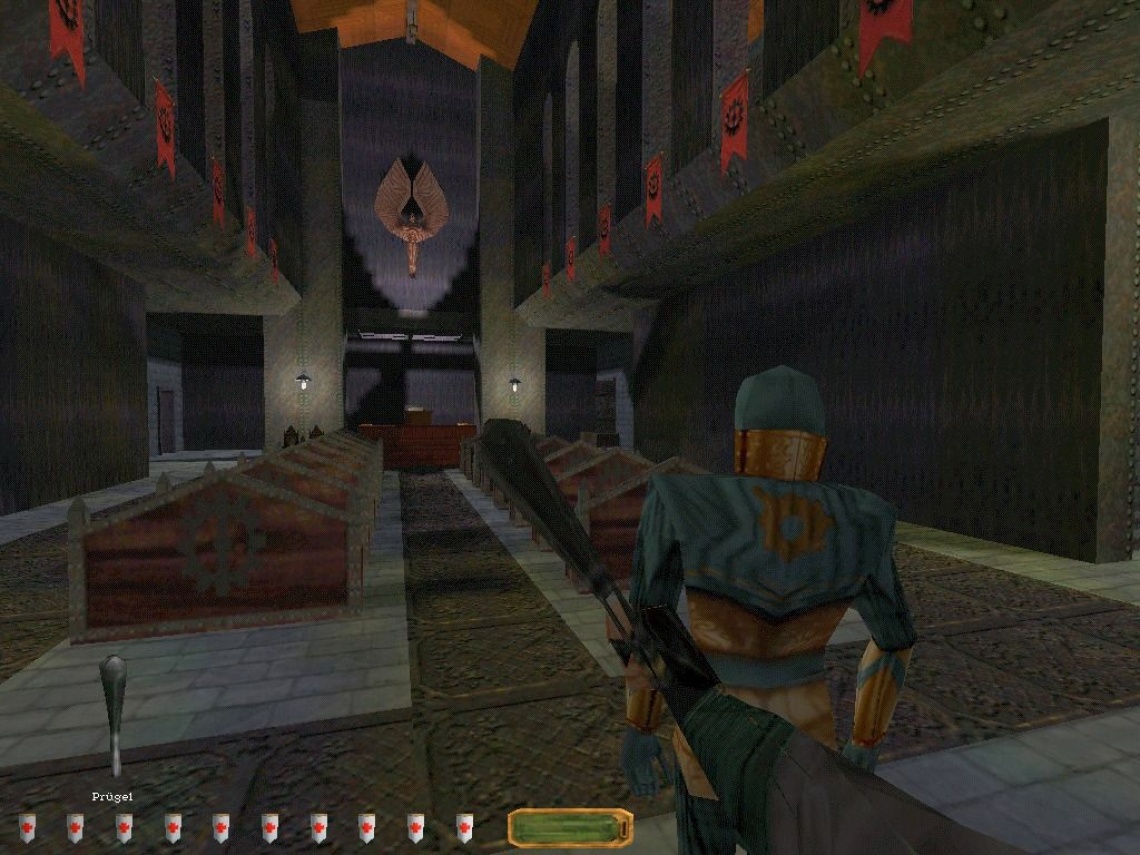 action
simulation
Release: 2000
Thief II is a stealth game that takes place from a first-person perspective in a three-dimensional (3D) graphical environment. The player seeks to complete mission objectives and to evade the notice of opponents such as guards. The player must minimize the visibility and audibility of the player character, Garrett, to escape detection. Players try to avoid lit areas and loud flooring in favor of shadows and quiet flooring. A light monitor on the heads-up display (HUD) indicates the player character's visibility. While it is possible for the player character to engage in direct combat, he is easily defeated.
The game's 15 missions take place in large levels that can be confronted in multiple ways. Guards may be knocked out with a blackjack or killed with a bow or sword, and their fallen bodies may be picked up and hidden. In addition to human enemies, the game features security automatons and surveillance cameras. While completing objectives such as frameups and blackmail, the player steals valuables that may be used to purchase thieving gear between missions. The player's main tools are specialized arrows, including water arrows to douse lights, moss arrows to dampen the player character's footsteps and rope arrows to reach higher ground.
Thief II is designed to be played methodically, and the player plans ahead by scouting, reading the game's map and observing patrol patterns. The player character has a zooming mechanical eye, which connects to throwable "Scouting Orb" cameras. One Scouting Orb may be deployed at a time; when it lands, the player views the game world from its perspective until normal play is resumed. The player listens for noises, such as footsteps and humming, to determine the locations of enemies. On the highest of the game's three difficulty levels, killing humans results in a game over, and in certain missions the player must not knock out any guards.


This article uses material from the Wikipedia article Thief II, https://en.wikipedia.org/wiki/Thief_II, which is released under the Creative Commons Attribution-Share-Alike License 3.0, https://creativecommons.org/licenses/by-sa/3.0/.
Read Full Description
Get This Game 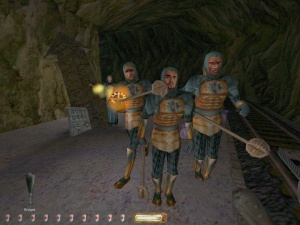 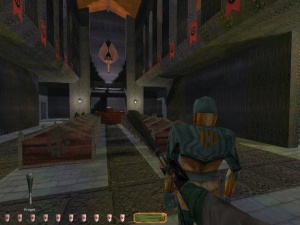