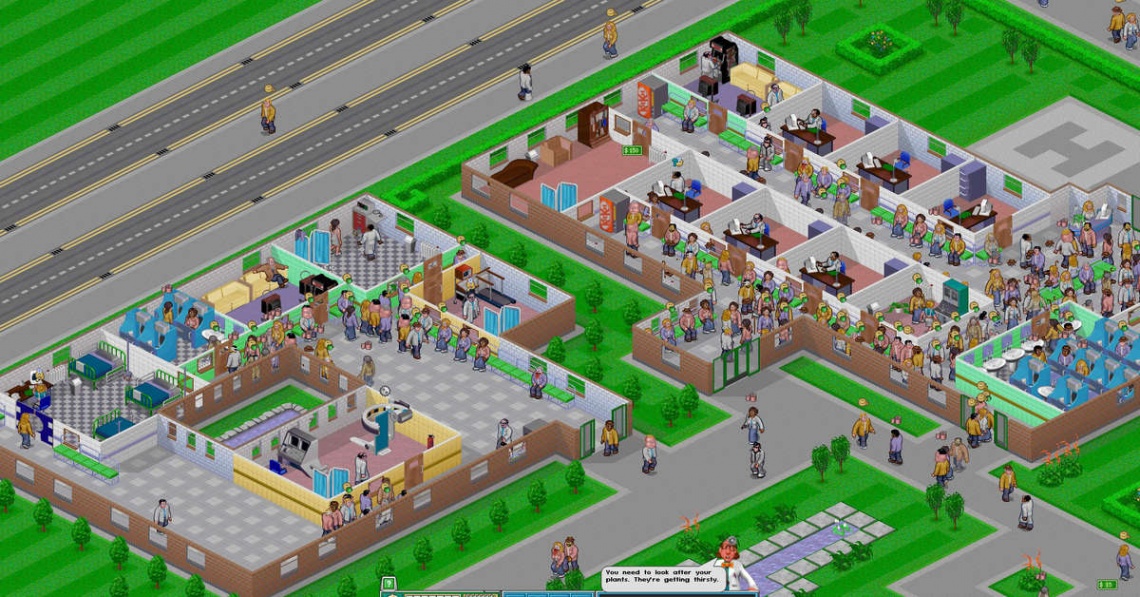 building
multiplayer
simulation
single player
strategy
Release: 1997
Theme Hospital is a business simulation game developed by Bullfrog Productions and published by Electronic Arts in 1997 for the PC in which players design and operate a privately owned hospital with the goal of curing patients of fictitious comical ailments. The game is the thematic successor to Theme Park, also produced by Bullfrog, and the second instalment in their Theme series, and part of their Designer Series. The game is noted for its humour, and contains numerous references to pop culture.

The player is required to build an environment that will attract patients with comical diseases and then treat them while tending to their needs. The game has a somewhat dark sense of humour, similar to that of its predecessor, Theme Park. Diseases include Bloaty Head (which swells the patient's head), King Complex (which forces the patient to impersonate Elvis Presley), and Alien DNA (which transforms the patient into an alien).
Read Full Description
Save & Play Game Later
Images & Video 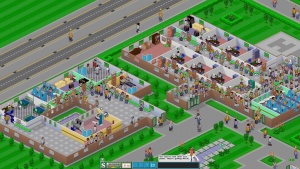 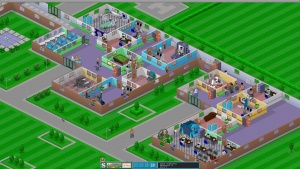