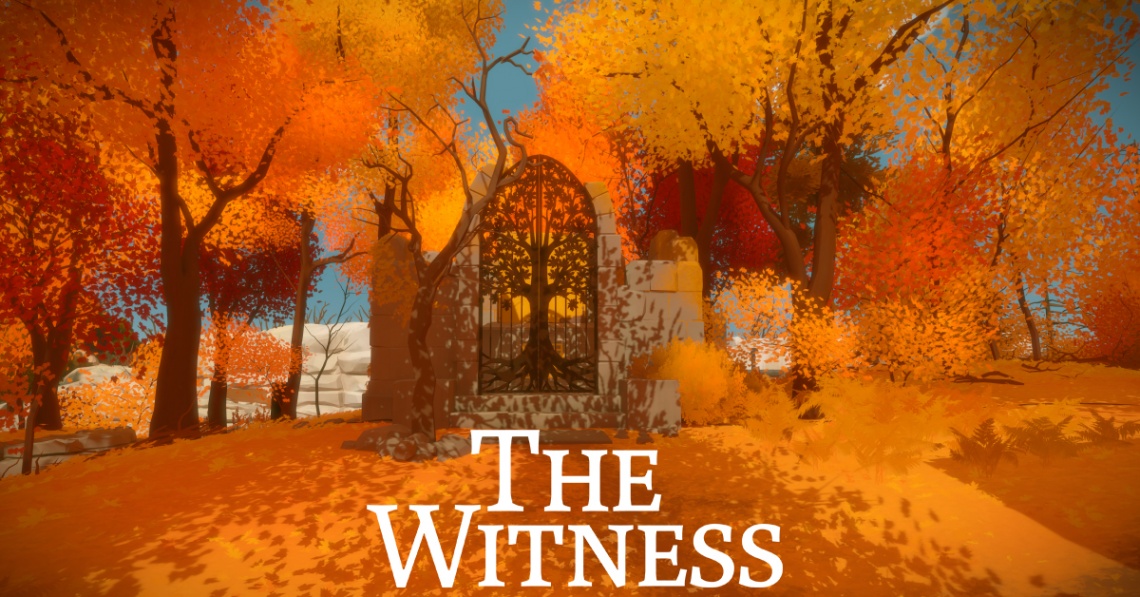 adventure
casual
indie
mystery
open world
puzzle
simulation
single player
exploration
sandbox
Release: 2016
The Witness is a puzzle adventure game, experienced in the first-person view. The player, as an unnamed character, explores an island with numerous structures and natural formations. The island is roughly divided into eleven sections, arranged around a mountain that represents the ultimate goal for the player. Within each section is a gold box that must be reached to activate it, requiring the player to complete a sequence of puzzles within that section to reach it. Once activated, a turret emerges from the box and shines a light towards the top of the mountain, indicating that section is complete. The player needs to activate some of the boxes in the game to be able to access the inside of the mountain and ultimately reach the game's final goal, though additional puzzles can be discovered if all eleven turrets are activated.[1] There are additional optional puzzles scattered around the island. One optional set of puzzles, accessible after entering the mountain and colloquially referred to as "The Challenge", is a time-based test to complete about a dozen algorithmically-generated mazes within seven minutes, set to music from Edvard Grieg's "Anitra's Dance" and "In the Hall of the Mountain King".[2] The game has more than 650 puzzles, which Jonathan Blow estimates will take the average player about 80 hours to solve.[3] The puzzles include one that Blow believed that less than 1% of the players would be able to solve.[4][5]
All puzzles are based on a mechanic of tracing a path through a maze-like route from a starting point, represented as a circle, to a goal point, represented as a line segment with a rounded end, without crossing one's path. The goal of these puzzles is not always to simply complete the maze but to find the right path that completes the puzzle correctly. Mazes may have several starting points and goals; the player may have to find the right starting point that can complete the maze, or they may have to figure out how to reach a specific end point to trigger an event in the surrounding environment such as moving a platform.[6] The puzzles include a symbolic language that denotes the mechanics for that maze. For example, puzzles that present mazes with black and white squares in the spaces between traceable paths require the player to find a path through the maze that separates these squares by color.[1] Other puzzles require the player to use the environment to determine how to solve the puzzle, such as studying a nearby tree with branches that mimic the puzzle, or by observing symbols on nearby floors and walls that align with the puzzle's configuration.[1][7][8] The puzzles within each island section are based on common mechanic, often with a sequence of puzzles appearing early in each section that are designed to help the player identify and understand the mechanic and meaning of the symbols. Later puzzles combine two or more different mechanics into the same puzzle using the consistent symbolic language.[9]
Most puzzles are located on recognizable eye-level panels scattered around the island, often connected with power cables that light up once a puzzle is solved and guiding the player to the next puzzle. Some puzzles incorporate the game's architecture, such as one that requires the player to view background elements through a semi-transparent puzzle panel to determine the solution.[7][8] There are also non-obvious puzzles built into the environment itself, requiring the player to find the correct vantage point to complete the puzzle.[9] At any time, the player can engage the maze-drawing mode, which is marked by a white border on screen. While in this mode, the player's avatar is prevented from moving and instead allows the player to use their controls to trace the path through a presented maze. The mode ends once the player solves the puzzle or cancels the mode. Normally, this mode is activated in front of a panel, moving the player's view directly to the panel to solve it, but it can also be activated at any other time to engage those puzzles that are based on vantage points.[9] Nearly all puzzles provide immediate feedback if they have been solved correctly or not through sound effects or visual indication.[9]
Puzzles in a given section of the island are presented in a non-linear fashion, and with the open world nature of the game, the player may encounter puzzle panels that they have yet to learn the symbolic language for. As such, players are not required to finish a puzzle once they start, and can leave and wander to any other area to solve the puzzles there, potentially gaining insight on the new symbolic language or inspiration for difficult solutions.[10] Blow has stated that there is more to the game than these mazes, in response to concerns from players; to Blow, "the point is the magic that happens in the player's mind when he understands the subtle things that the mazes are saying - because the mazes aren't just puzzles, they are lines of communication that aggregate, become more complex and eventually say surprising things".[11]
Throughout the island are stations with audio recordings that provide insightful quotes for the player, from people such as Buddha, B.F. Skinner, and William Kingdon Clifford.[1][8][12][13] Voice actors for these logs include Ashley Johnson, Phil LaMarr, Matthew Waterson, and Terra Deva.[14] The player can also encounter a theater where short video clips, such as from James Burke's Connections series or the ending of Andrei Tarkovsky's Nostalghia, can be viewed.[15][13] A number of visual illusions based on depth perception from the player's position can be found in the game's environment, such as two seemingly-disparate humanoid figures at different parts of the island that appear to be holding hands when viewed from the right position and angle.[16]

This article uses material from the Wikipedia article The Witness (2016 video game), https://en.wikipedia.org/wiki/The_Witness_(2016_video_game), which is released under the Creative Commons Attribution-Share-Alike License 3.0, https://creativecommons.org/licenses/by-sa/3.0/.
Read Full Description
Get This Game 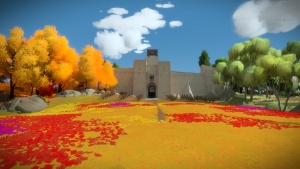 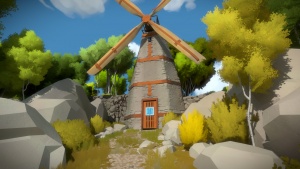