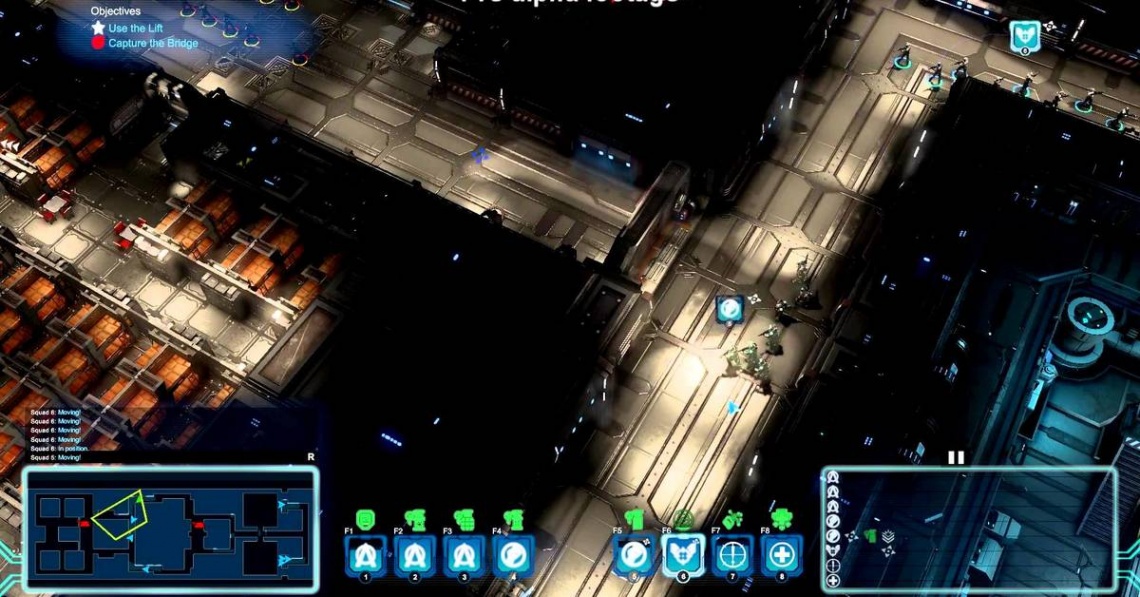 rpg
sci-fi
Release: 2017
The Mandate isn’t about being a ship in space. We have worked hard to create a dynamic chain of command flowing through both metal and flesh, ultimately giving you in-depth strategy, and exciting role-play mechanics with events inspired by the themes of science fiction TV shows such as Battlestar Galactica and Star Trek.

Please be aware that the following is subject to change throughout the pre-production phase, and this space will be updated according to current and future design plans. Also, battles conducted in space will be explained in a follow-up article but for now we’re focusing on the crew management and the isometric view with which you explore the ship, and control your crew.

With the Character Prologue (which we will launch a preview of soon), you will design your own spaceship captain, pick his/her attributes and chronicle the events that lead up to your court martial.

Remember, you are at the top of the chain and get to handpick your officers who will serve below you and direct your crew. Each officer can be put in charge of a work crew that manages one system aboard the ship, like the reactor, engines, weapons or defensive systems like shields or cloaking devices. As your ship takes damage and your crew is wounded or killed, each system will work at a reduced efficiency, and if you do not issue orders to repair in time, the damage may be permanent and require a refit at a friendly starbase.

Depending on your difficulty setting, your officers can be severely wounded, or die permanently (roguelike). On the higher difficulty settings you may need a constant stream of new recruits and officers to replace your losses. However, the officers that do survive will become battle-hardened veterans and may qualify for command of a starship or a star base. Train your crew into a well drilled war machine.

As the captain you can move around freely inside your ship. Depending on how strict you are with discipline, your crew and officers may stop to salute you, or they may ignore you, especially if off duty. As captain you can set the crew shift roster or delegate this to your 1st officer. Via the shift roster you can manage how the crew will be deployed for different action-states: “battlestations”, “repel boarding party”, “ramming speed”, “condition clear” etc. You create templates for each action-state and customize crew deployment for later use.

To summarize, you will directly control your captain from an isometric view and can move him or her around the ship and also issue commands directly to crew members. Alternatively, you can use predefined action-states (as discussed above) which will define unit formations as in soccer, or a war game.

The formation determines how many, and where, the crew is deployed, which in turn affect the performance of your ship. This way you can effortlessly switch between different action-states as needed without having to switch between 3D space view and isometric view.

Enlisted and Officers
You will begin the game with a skeleton crew aboard a single frigate. As you explore the universe and progress through the game, your relative weakness should be short lived. Larger ships require larger and more specialized crews, as well as more experienced officers to lead them on your behalf to offload you and let you focus on the important decisions. As captain you do not normally deal directly with every individual enlisted and instead you rely on your officers to manage them on your behalf.

The crew on your ship is divided as follows:

As your crew gain experience, they will become more efficient and candidates for promotion. As the ranking officer in your sector of space it falls on you, the captain, to promote deserving crew members. This is both a good way to improve morale and nurture talented crew members. Eventually a crew member will reach a natural plateau and cannot acquire more skills. As captain you have options:

Keep the crew member in his/her current position, the crew member will continue to improve in terms of efficiency but not acquire any new skills
Enroll the crew member in an officer training course at your starbase provided the necessary upgrades are built
Assign the crew member as an instructor back at your starbase to improve the quality of raw recruits so they have more experience before you take them into battle
Depending on the crew member, you may need an officer school, a war college or naval academy for either some or all of these options to be available
Officer Ranks
The Grand Fleet traces its origins many hundred years back and its ranking structure and hierarchy are inspired by that of the navies of old Earth. Below is an illustration that shows how the officers progress through the ranks. On the rightmost row is the final rank that any officer can achieve before he/she must be sent to the officer school, war college or naval academy to continue his or her progression.

Note that enlisted ranks are NOT covered in this overview!

The first row covers the NCO ranks while the commissioned officers are featured on the 2nd and 3rd row. Technically a captain is both a role and a rank and so could occupy any rank on the 2nd and 3rd row. The fourth row is for admiral rank officers who command larger formations of the Grand Fleet like divisions and fleets. The Grand Fleet as a whole is commanded by the Lord High Admiral who is only accountable to the Emperor or Empress or if the Sovereign is indisposed, to the council of Grand Dukes.

As you progress through the game, you will earn promotions, recruit and train officers, and research and construct bigger ships. By mid game you will be able to form a flotilla and bring along escort ships to boost your strength. Eventually you will progress to flag officer rank and may commission a flagship to direct your own battle squadron. While you control your own ship, the other ships in your flotilla or battle squadron are either controlled by NPC captains who report to you, or you can invite other players to join for a shorter or more extended period of time. Transitioning between singleplayer and cooperative mode will be effortless.

We mentioned earlier that you would start the game with a small frigate and a skeleton crew, and we thought we would give you an idea of what the mid to late game could look like if you decide to bring along more than one ship. Below is an example of a fairly powerful battle squadron.

First flotilla
HMS Admiral Makarov, Battlecruiser [Flagship]
HMS Warspite, Heavy cruiser
HMS Hornet, Destroyer
Second flotilla
HMS Collinder, Heavy cruiser
131st Fighter Squadron "Georges Guynemer"
12th Bomber Squadron "Tiger Sharks"
71st Bomber Squadron "Red Devils"
HMS Endeavour, Light cruiser
23rd Interceptor Squadron "Richthofen"
HMS Endurance, Troop Transport
The player character has opted to stay loyal to the Empress which can be seen by the "HMS" prefix [Her Majesty's Ship] in front of the ship names. That being said you can rename all your ships and squadrons as you see fit. Notice that both the Warspite and the Collinder are heavy cruisers and that the latter is configured as a carrier. Of particular note is the troop transport HMS Endurance, which carries both reserve crew to replace crew losses on the other ships as well as a large complement of marines to use for boarding operations. In addition she has extensive medical facilities to hasten the recovery of wounded crew.

Where does your crew come from?
Initially your crew will be a mix of veteran and green crew. Some are pulled from the ranks of the remnants of the Grand Fleet while others are adventurers or maybe ex-cons like yourself. This may create some friction on your ship and it is important that you and your officers do not let things get out of hand or there might be a stand off in the mess hall or worse...

Beyond your Grand Fleet and ex-con crew their background is also defined by which faction they belong to. The faction is important for determining initial starting skills but any crew who works hard may eventually learn any skill. From the four factions (...) we can see their starting skills are as follows:

Romanov: very good commissioned officers, excellent captains
Black Eagle: excellent marines, very good non-commissioned officers
Europa: excellent science officers
Arkwright: excellent engineers
As you progress through the game you may rescue or hire more crew to join your fledgling fleet. After you have established a base of operations, you may construct crew recruitment facilities which increase the speed of crew recruitment and increase their starting skills. You may also assign veteran crew as instructors to help boost the quality of new recruits.

How do crew gain experience?

All crew will gain experience over time as a function of how long they have served on the ship. In
Read Full Description
Save & Play Game Later
Images & Video 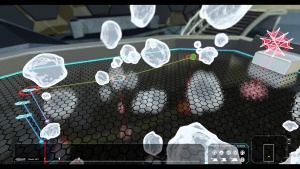 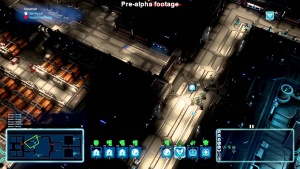