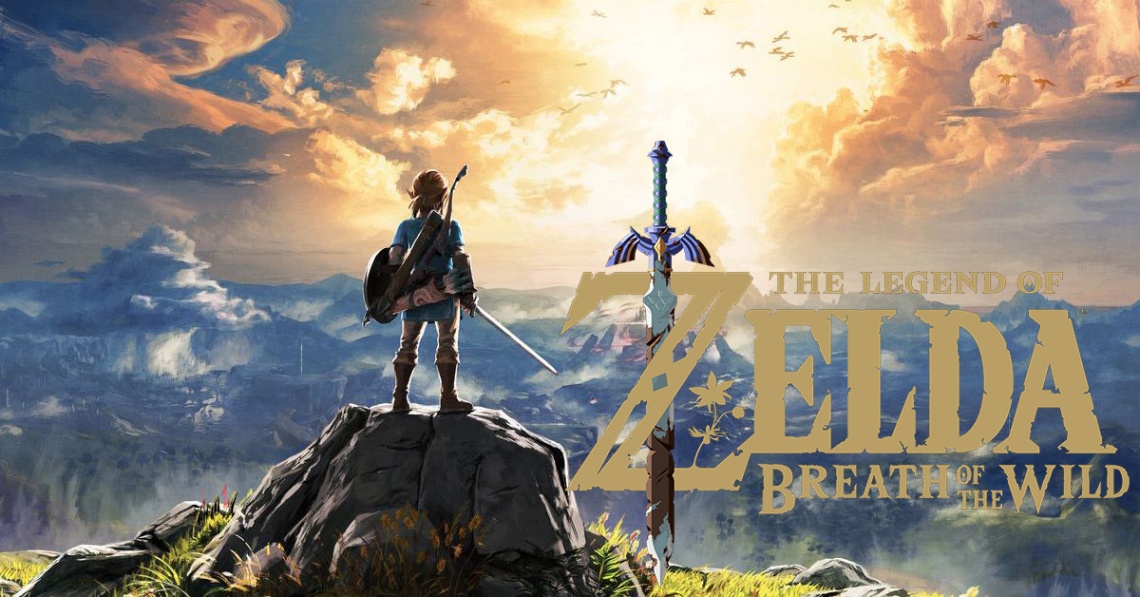 The Legend of Zelda: Breath of the Wild

action
adventure
open world
Release: 2017
Gameplay of Breath of the Wild departs from most games in The Legend of Zelda series because it features a fully open-world environment, twelve times larger than the overworld in Twilight Princess, with less emphasis on defined entrances and exits to areas. Similar to the original The Legend of Zelda, the player is placed into the game's world with very little instruction, and is allowed to explore freely at their own pace. Breath of the Wild introduces a new physics engine to the Zelda series that establishes a consistent set of gameplay rules, but also frees players up to approach a puzzle or problem in different ways rather than trying to find the single workable method. Along with a physics engine, the game's open world also integrates a "chemistry engine", which defines the physical properties of most objects and governs how they interact with the player and one another. Taken together, these two design approaches result in a generally unstructured and interactive world that rewards players for experimenting with different aspects of the world and allows for completing the story non-linearly.
Taking control of Link, players are able to freely explore Hyrule with actions such as running, climbing, swimming, and gliding with a paraglider, although he is limited by his stamina. Unlike other games where Link obtains specific key weapons for permanent use, the player must procure various items from the environment, including melee weapons, bows, and shields, which break after excessive use. Many items have multiple uses; for example, wooden weapons and armor can be set to light fires or collect incoming enemy arrows and shields can be used as makeshift snowboards. Players can also obtain various food and materials, such as meat from hunted animals, wild fruit picked from trees, and even monster parts from defeated enemies. By cooking various combinations of food or materials, the player can create meals and elixirs that can replenish Link's health and stamina, or provide temporary status bonuses such as increased strength or resistance against extreme weather. Near the start of the game, Link obtains multiple rune powers that are installed onto his Sheikah Slate, which can also be used to mark waypoints on a map and take pictures. His rune powers include remote bombs, which come in cube and spherical forms; Magnesis, which can be used to manipulate metal objects; Cryonis, which forms ice blocks on watery surfaces; and Stasis, which temporarily stops objects in time, during which the player can build up kinetic energy which is released once time resumes. In combat, players can "lock on" to an enemy target for more precise attacks, while certain button combinations allow for more advanced offensive and defensive moves. Players may also defeat enemies without weapons, such as rolling a boulder off a cliff into an enemy encampment.
Notable points of interest in Hyrule include towers and shrines; activating either of which adds waypoints that the player may warp to at any time. Activating towers adds the surrounding territory to the player's map, although specific location names are not added until the player explores that area for themselves. Shrines mostly replace the series' traditional dungeons, instead consisting of smaller challenges ranging from puzzle solving to battles against robotic opponents. Clearing these shrines earns Spirit Orbs, which can be traded at various "Goddess statues" for additional health or stamina. Also scattered across Hyrule are various small puzzles that reveal the hiding places of Koroks. Solving these puzzles earns Korok Seeds, which can be traded in to expand inventory size for weapons, shields, and bows. In addition to Koroks, players may encounter hikers or other travelers who offer side-quests, hints, or simply humorous conversation. While exploring Hyrule, players should be cautious of world's dynamic climate. For example, colder environments at higher elevations will damage Link unless he wears warm clothing or eats spicy food, but players may take advantage of inclement weather through various tactics, such as throwing a metal object at an enemy during a thunderstorm in order to attract a lightning strike. Players may also scan Amiibo figures to conjure items or call Link's horse Epona from previous Zelda games and Wolf Link from Twilight Princess to join the player's adventure.

This article uses material from the Wikipedia article The Legend of Zelda: Breath of the Wild, https://en.wikipedia.org/wiki/The_Legend_of_Zelda:_Breath_of_the_Wild, which is released under the Creative Commons Attribution-Share-Alike License 3.0, https://creativecommons.org/licenses/by-sa/3.0/.
Read Full Description
Get This Game 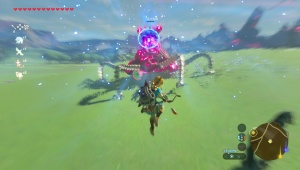 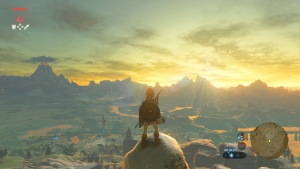