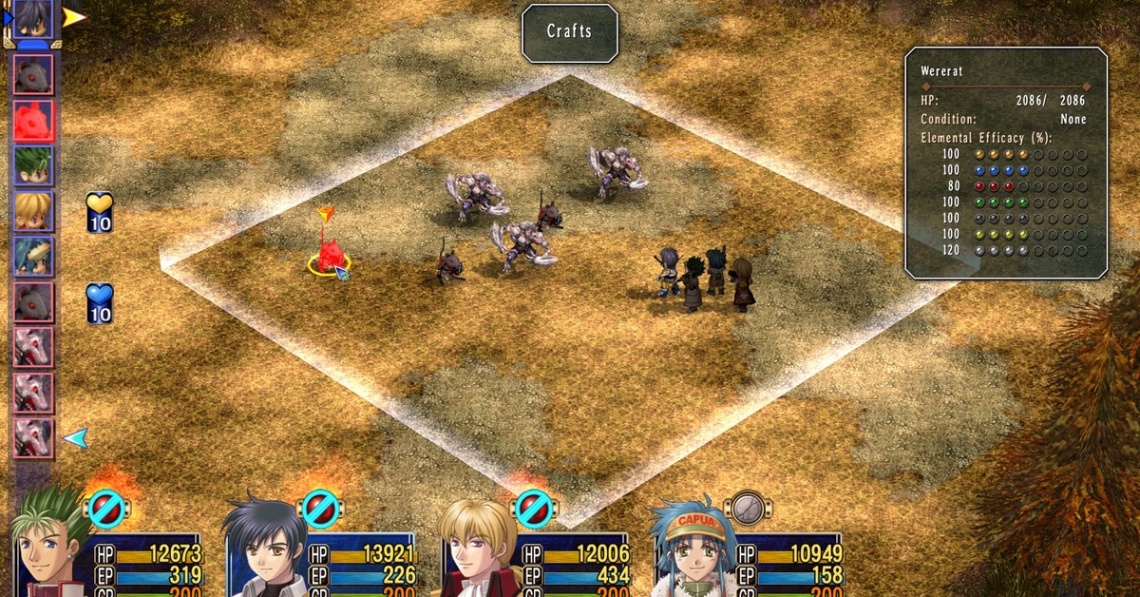 The Legend of Heroes: Trails in the Sky

action
adventure
anime
fantasy
rpg
Release: 2014
n Trails in the Sky, the player controls a cast of characters, embarking on a number of quests to progress the story. There are two different type of maps when navigating in the overworld of the game: field maps and town maps. In field maps, enemies roam around and a battle ensues if the player comes in contact with one. In town maps, the player can visit various shops to purchase items, replenish health at an inn and, for the major cities, take on and report quests to the local guild. In addition, the player can interact with numerous non-playable characters (NPCs) in the game; a unique aspect in Trails in the Sky is that each NPC's dialogue changes as the game advances, allowing the player to follow along sidestories that accompany the NPCs throughout the game.[2]
Combat in Trails in the Sky takes place on a grid and is turn-based. The character's turn order is determined by a tracker called the AT Bar. During the character's turn, the player can move or make an attack. In addition to the normal attack, each character also have three other methods available for action: Arts, Crafts, and S-Crafts. Arts are magic spells that characters can use to attack opponents or support teammates but must take an additional turn to cast. Crafts are character-specific abilities that are similar to Arts but can be used in the same turn; however, they utilize a special gauge called "Craft Points" (CP) for the cost to perform. S-Crafts are powered-up Crafts that can be performed once a character has over 100CP but completely depletes the CP gauge upon using it. Further extending S-Crafts are S-Breaks which allows characters to immediately perform an S-Craft regardless of when their turn order is.[3][4]
An additional component in combat is AT Bonuses which grant bonus effects at certain turns throughout the battle, visible on the AT Bar.[3][4]
If the player loses a battle, the game is over. The player is then allowed to continuously retry the battle and subsequently lower the difficulty of the battle for each retry; should the player not want the difficulty to be lowered, they can turn it off in the settings menu.[3][4]


This article uses material from the Wikipedia article The Legend of Heroes: Trails in the Sky, https://en.wikipedia.org/wiki/The_Legend_of_Heroes:_Trails_in_the_Sky, which is released under the Creative Commons Attribution-Share-Alike License 3.0, https://creativecommons.org/licenses/by-sa/3.0/.
Read Full Description
Get This Game 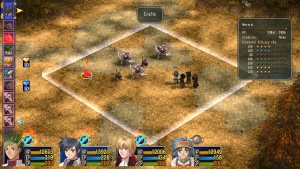 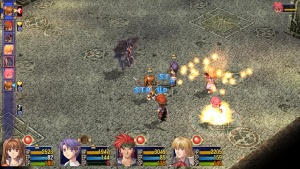