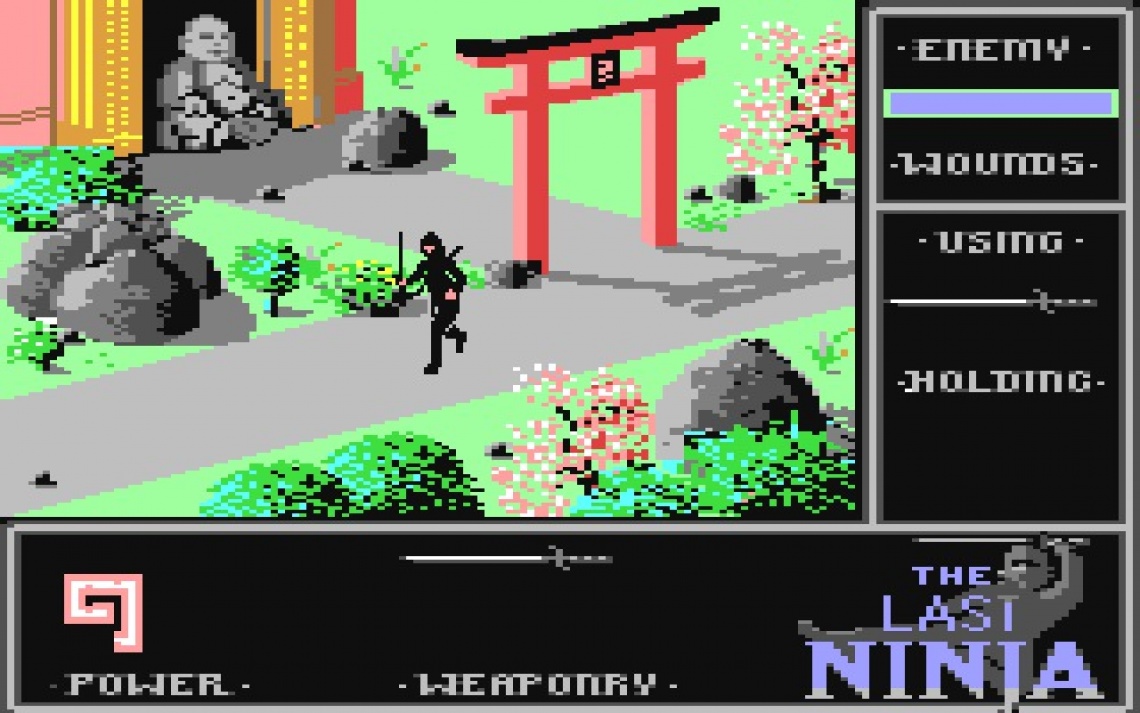 action
adventure
single player
strategy
Release: 1987
The Last Ninja contains a blend of exploration, puzzle solving and combat. The object of the game is to guide the ninja protagonist Armakuni on his journey to the palace of the evil shogun Kunitoki to assassinate him, avenging his clan, and retrieve the sacred scrolls. As the player progresses, Kunitoki's henchmen become more challenging as they learn the ways of the ninja.
The interface consists of the opponents' energy and collected inventory (on the right) and player's health (on the bottom). The world is viewed in an isometric perspective allowing the player to move in eight directions. Movements are relative to the direction Armakuni is facing but restricted to predefined paths (the scenery being inaccessible). Composure and precision must be used when navigating and jumping around obstacles, traps and fatal features of the terrain. By approaching and kneeling at certain landmarks, such as shrines to Buddha and water fountains, an indication of what to collect next is revealed. These items are often hidden in trees or bushes and flash shortly after a new screen has been entered.
Read Full Description
Save & Play Game Later
Images & Video 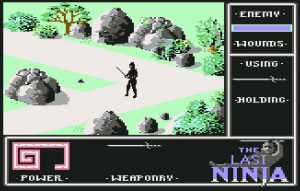 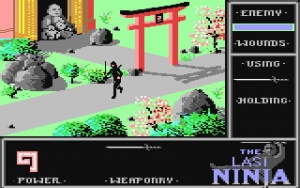