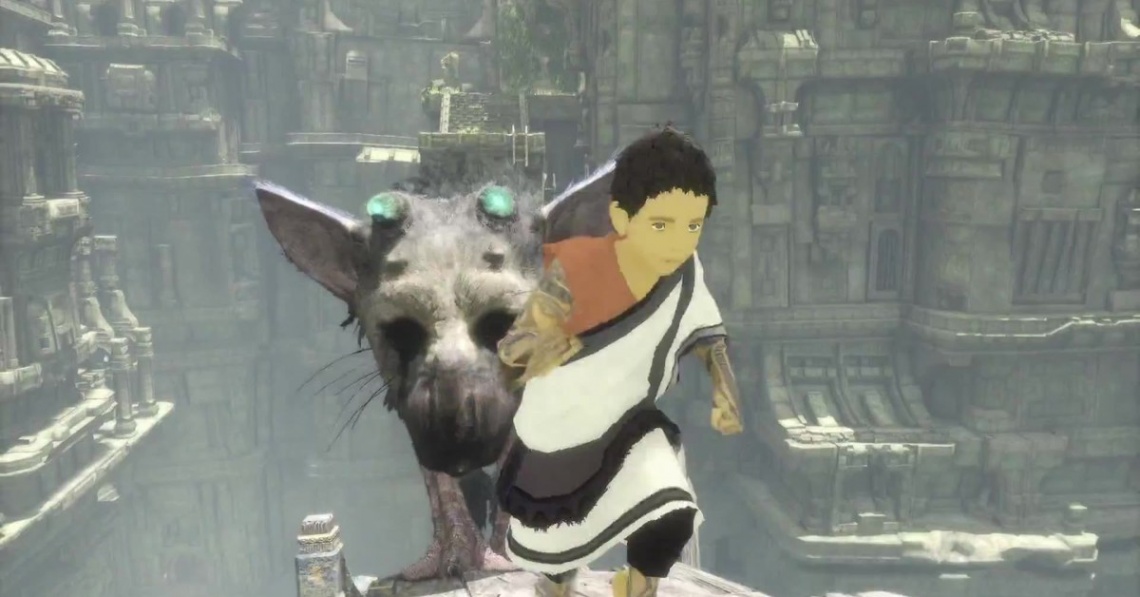 action
adventure
open world
puzzle
single player
strategy
third person
Release: 2016
Like its predecessors Ico (2001) and Shadow of the Colossus (2005), The Last Guardian is a third-person game that combines action-adventure and puzzle elements. The player controls an unnamed boy who must cooperate with half-bird-half-mammal creature, Trico, to solve puzzles and explore areas. The name of the creature, Trico ( Toriko), can be taken to mean "prisoner" ( toriko), "baby bird" (tori no ko), or a portmanteau of "bird" (tori) and "cat" (neko).
The boy can climb on structures, carry objects such as barrels, and operate mechanisms such as levers. Trico's size and agility allows it to reach areas that the boy cannot reach alone, and fight off guards who attempt to capture the boy. Conversely, certain obstacles, such as gates, or glass eyes that frighten Trico, prevent Trico from progressing, and must be removed by the boy. The boy must also locate barrels to feed Trico when it is hungry, pet Trico to calm it after a battle, and remove spears thrown at Trico by enemies.


This article uses material from the Wikipedia article
The Last Guardian,
https://en.wikipedia.org/wiki/The_Last_Guardian
which is released under the Creative Commons Attribution-
Share-Alike License 3.0,
https://creativecommons.org/licenses/by-sa/3.0/.
Read Full Description
Get This Game 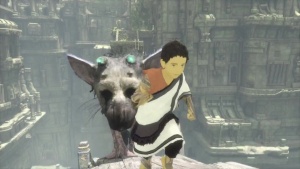 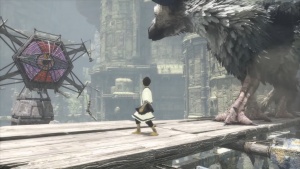