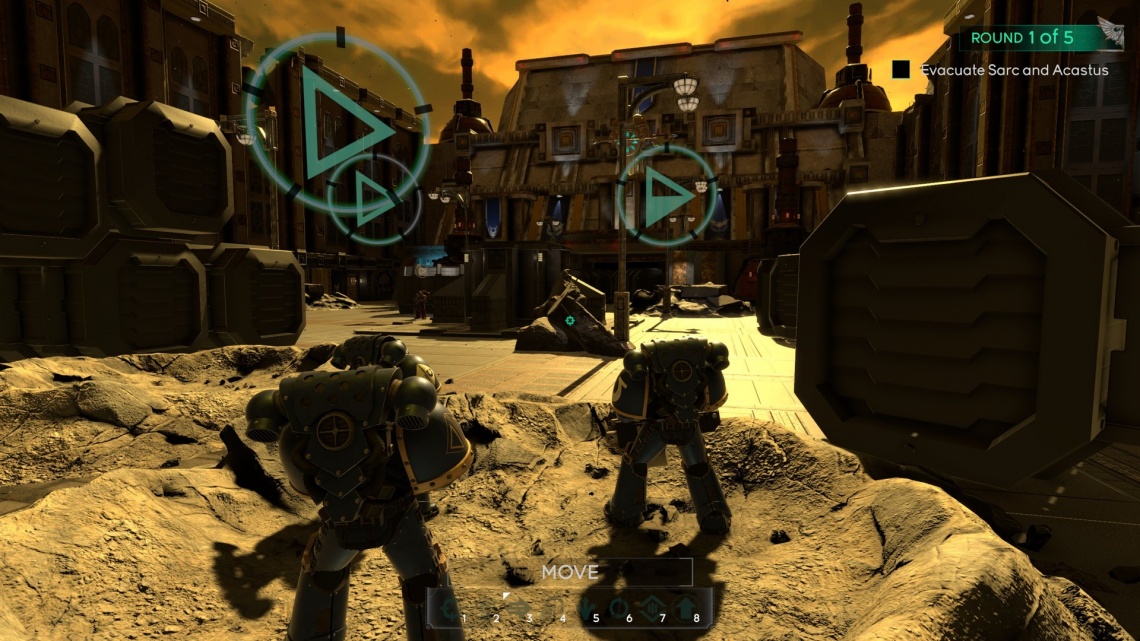 The Horus Heresy: Betrayal at Calth

action
adventure
early access
multiplayer
open world
sci-fi
shooter
single player
strategy
turn based
vr
Release: 2018
The first shots have been fired in the conflict that will change the future of mankind. Brother Legions of Space Marines taking arms against one another. The noble Ultramarines are betrayed on Calth by the zealous Word Bearers bent on tearing down the Imperium. A dark ritual ignites the system’s star, sending both Legions underground to battle for their honor, their belief, the fate of the Imperium, or just to survive.

The Horus Heresy: Betrayal at Calth is a game of turn-based skirmishes between the genetically altered warriors of the 31st Millennium, The Adeptus Astartes. In the campaign, players control units of Space Marine Legionnaires, guiding them through the underground arcologies of Calth. Fight alongside units of Ultramarines ranging from basic Legionnaires, Veterans, and Sergeants, to elite units of Terminators, and the most venerable Contemptor Dreadnought. Dispatch the foul heretics of the Word Bearers using a mighty arsenal, from the ranged accuracy of Bolters, Plasma Guns, Flamers, and Rocket Launchers, to the close combat might of Chainswords, Power Fists, and Lightning Claws.

The Horus Heresy: Betrayal at Calth also includes several Multiplayer maps allowing players to fight as Ultramarines or Word Bearers in either objective based missions or deathmatch. Bring the full arsenal of your chosen Legion to bear against friends with private matches or against opponents across the world with built in matchmaking. Multiplayer mode is available to both PC and VR players, allowing both formats to play against one another.

Original Horus Heresy Narrative: Set in the 31st Millennium on the planet of Calth, Magos Ohmnal Sarc commands a unit of Ultramarines. When he discovers corrupted data in the data stream, Sarc is confronted with a faction of aggressive Word Bearers and a devastating plot of corruption within the Imperium that introduces untold threats and schemes against the Emperor. The original story was written by Black Library author Rob Sanders.

A Living Battlefield: While players decide on their next action or wait on their opponent, the world around them continues to animate and fight.

Multiplayer Skirmish Mode: Players can choose between the Ultramarines and Word Bearers factions. Units include Legionaries, Veteran Legionaries, Sergeants and a cast of characters armed with everything from bolters to melta guns to assault cannons. More character classes will be added up until the final game release.

VR Mode: The “human-scale” view of Space Marine combat gives the player the feeling of being on the battlefield in a world first VR game set in the Warhammer 40,000 universe.

Single-Player Campaign: 24 combat scenarios exploring the conflict between two factions of Space Marines, divided into 5 Acts. The story progresses linearly and each level presents unique challenges intertwined with the drama of the narrative.

More Multiplayer Maps: As each new story act is released new multi-player maps will be released as well.

Legionaire Customization: Customize your Ultramarines and Word Bearers with armor and equipment swaps.

Maybe a few surprises!
Read Full Description
Get This Game 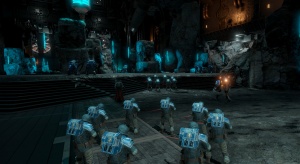 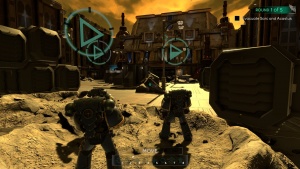