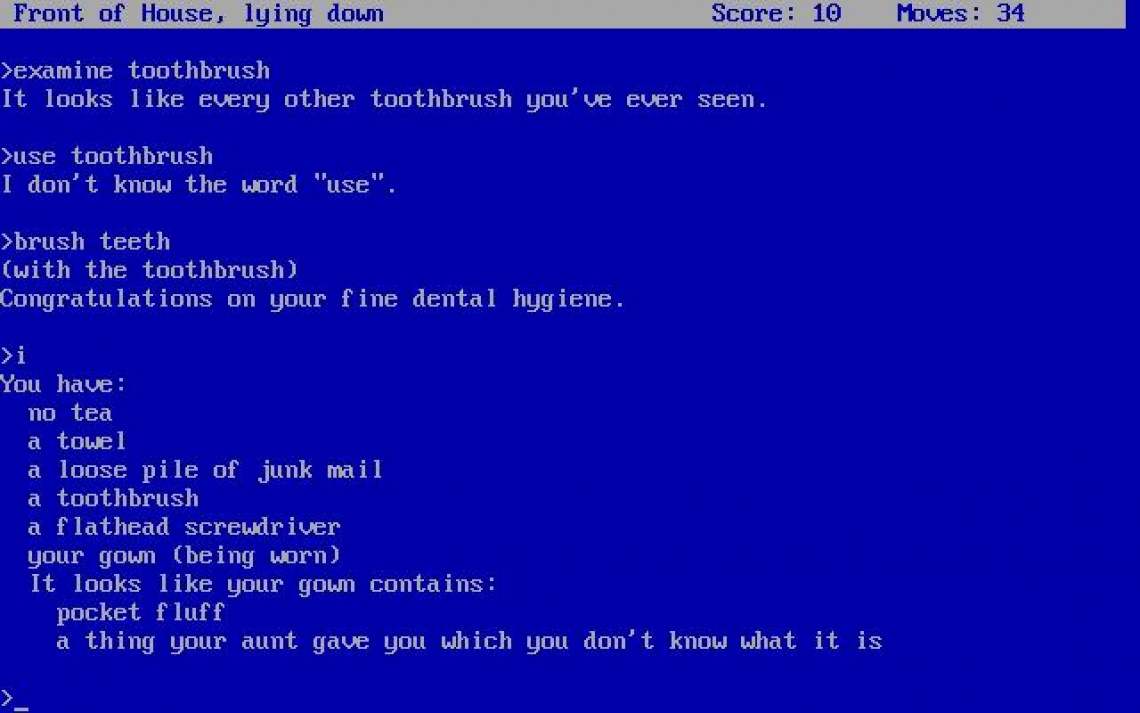 The Hitchhiker's Guide to the Galaxy

adventure
puzzle
single player
strategy
Release: 1984
The Hitchhiker's Guide is a text adventure game, where the player, in the role of Arthur Dent, solves a number of puzzles to complete various objectives to win the game. This includes collecting and using a number of items within their inventory. The player has a limited variety of commands that they can enter to observe, move about, and interact with the game's world, such as "look", "inventory", "north" (to move north) "take screwdriver", or "put robe on hook". Most commands will advance the game's turn counter, and some puzzles require the player to complete the puzzle within a fixed number of turns or else may end the game and require the player to restart at the beginning or a saved state; passive commands like "look" and "inventory", and mistyped or non-comprehended commands do not count as turns. Once the player can acquire it, the player can use the eponymous Hitchhiker's Guide to the Galaxy to ask about a wide variety of topics, some which may be helpful in solving the game's puzzles.
This article uses material from the Wikipedia article The Hitchhiker's Guide to the Galaxy (video game),
https://en.wikipedia.org/wiki/The_Hitchhiker%27s_Guide_to_the_Galaxy_(video_game)
Creative Commons Attribution-Share-Alike License 3.0,
https://creativecommons.org/licenses/by-sa/3.0/.
Read Full Description
Save & Play Game Later
Images & Video 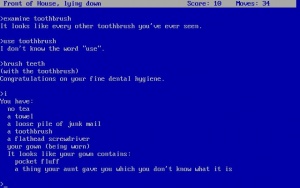 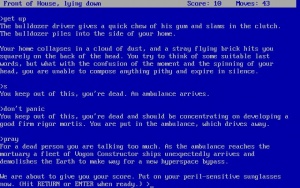