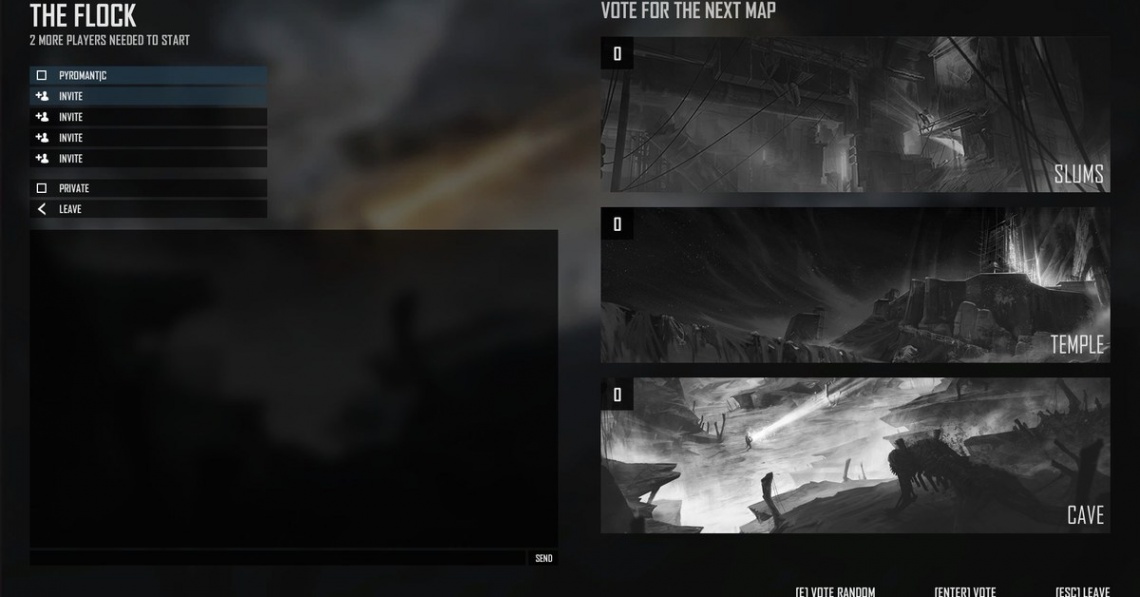 action
horror
Release: 2015
The Flock is fist-person asymmetrical multiplayer thriller for 3 - 5 players. You get to play as one of the agile monsters that make up the Flock. Competing against the other monsters, you need to find and claim the Light Artifact. The player that finds the Artifact transforms into the Carrier, a slower and vulnerable humanoid. The game will feature three distinctive maps with their own tactics and level mechanics.

As the Carrier you need to fend off the Flock by shining your light upon them as they are attempting to gain the Artifact for themselves! The Flock are vulnerable to the Artifact's light, but turn to stone when they stand still; rendering them immune to the power of the Artifact.

When you are one of the Flock you must use your increased movability to find the wandering Carrier. Stalk it, frighten it, and pounce when the moment is right.

The Flock will have a limited time to be purchasable. The time left for you to buy the game depends on the amount of Flock lives left in the game. We commit ourselves to a hands-off approach and put the lastingness of the game into your hands.

With each death in the game, one life will be taken from the Flock’s population. When the Flock’s population reaches zero, the game will never be purchasable again. Only players who have The Flock in their Steam library will then go to the next phase and be able to partake in the yet to be announced climactic finale. After the ending, the game will go offline permanently and no longer be playable.

Please read our FAQ regarding the population.