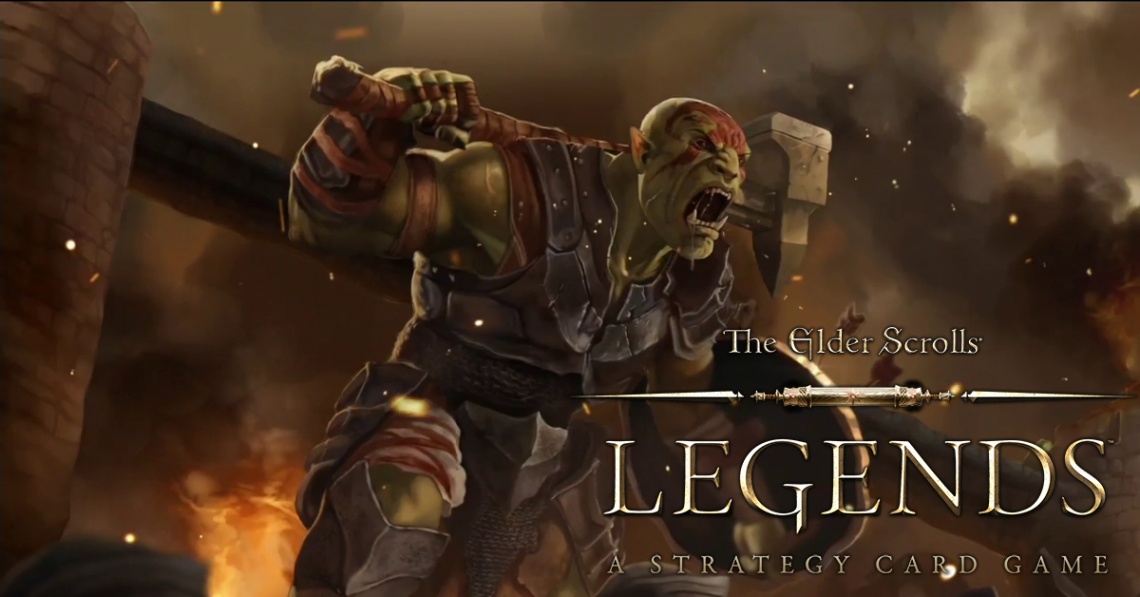 board game
card game
fantasy
free to play
multiplayer
single player
strategy
Release: 2017
Welcome to The Elder Scrolls: Legends, a competitive strategy card game set in the Elder Scrolls universe. From building your deck to taking on foes in one of the game’s three exciting modes, every decision you make will require strategy and careful planning.
Will you overpower your opponent with brute force? Or will you defeat your foes with speed and cunning? Each deck in The Elder Scrolls: Legends can be crafted using two of the five attributes in the game: Strength, Agility, Intelligence, Endurance and Willpower.

Completed decks take on their own “class” based on the attributes you chose. Combining Agility and Strength will give you an Archer deck – a powerful blend of lethal creatures, plus a myriad of items, weapons and support cards to help you conquer your enemies. Building a Mage deck will grant you the discipline of the Willpower cards with the spellcasting of the Intelligence cards. (For more information on classes, get the full rundown here.) Pick the best deck to tackle different situations, and become a true legend on the battlefield.

You’ll enter the world of Legends through its story-driven single-player campaign, exploring the world of Tamriel as you discover the game’s mechanics and card types. The campaign will jump-start your collection, earning you five pre-constructed decks as you advance through the increasingly challenging and fun adventure. You can then either tweak those decks, or use the cards to build completely new decks.

“From the first moments, the Legends campaign mode throws you into the world of Tamriel – cultists and conspiracy, a fallen Imperial City, the Emperor on the run. Players learn the mechanics of the game as they discover the role they will play in an untold chapter of Elder Scrolls history,” explains Paul Dennen, Creative Director on Legends at Dire Wolf Digital.

As you explore the campaign, you’ll be introduced to Arena and Battle modes that round out the rich world of Legends. You’ll see familiar places and encounter people you might recognize from other Elder Scrolls games and books. (Learn more about the story and the setting in our in-depth lore feature.)

The campaign will also introduce you to the game’s lane system. Two lanes – each with its own unique characteristic – divide the battlefield, adding another layer of strategy to your match. “What I love about the two lanes is that it’s easy to grasp, but adds a lot of depth to each match,” Dennen says.

Once you’ve picked a lane to drop your creature into, you can choose to either attack your opponent’s creatures in that lane, or attempt to attack your foe directly and begin chipping away at their health. Once you’ve lowered their health down to zero, the match is yours. Sometimes it makes more sense to completely ignore the other creatures on the battlefield in favor of going straight after your foe… but we’ll dig deeper into gameplay and strategy in upcoming features.

You can also take your carefully crafted decks into Battle mode and face off against live opponents or the AI. Or you can forgo building your own deck and try your luck in Arena mode – a series of intensely challenging matches with potentially huge rewards.

In the Arena – whether you play against the AI or another player – you start by selecting your deck class and then make a series of choices to build a 30-card deck on the spot, which you will use for the duration of the gauntlet. In Solo Arena, you’ll face eight opponents and one boss, and can suffer only three losses before your time in the Arena comes to an end. When you play against other players, you’ll face seven opponents. Inside the Arena, the rewards are greater than those you’ll find in the campaign and Battle mode, including multiple packs and legendary cards.

“The first time you defeat an Arena boss, you get an Adoring Fan card,” says Dennen. “It’s a special card, and this is the only way you can get it. There are a lot of nods like that spread throughout the entire card set.”


“The Elder Scrolls: Legends is for people who enjoy playing a fast-paced card game that has depth to it, but can also be enjoyed on a surface level by casual players who don’t feel like exploring that depth,” says Luis Scott-Vargas, Senior Game Designer at Dire Wolf Digital. “You’ll discover the depth if you keep playing, but you can play the game without having any experience. We want to make a game that’s easy to learn and fun to play for any level of experience, but also has something that will keep you playing for a hundred even a thousand hours.”

“When we set out to make The Elder Scrolls: Legends, we had two major player groups in mind: The Elder Scrolls fans who wanted a new way to play in the world they love, and strategy card game fans who wanted a fast-paced game with real strategic depth,” says Scott Martins, President of Dire Wolf Digital. “There’s a lot of overlap there, and we think Legends will be a game that captures fans’ imaginations with the infinite possibilities it brings to the Elder Scrolls universe.”
Read Full Description
Get This Game 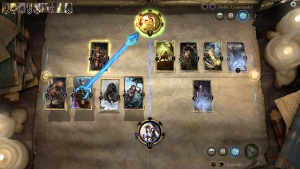 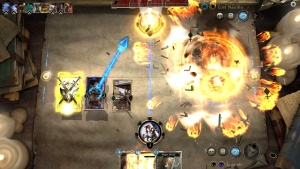