adventure
point and click
sci-fi
space
Release: 1995
The Dig is a point-and-click adventure game, where the player, as Commander Boston Low, uses the mouse cursor to point to people, objects, and other parts of the environment to look at or interact with them, collect and use items in their inventory, and talk to non-player characters. The game runs on the SCUMM game engine, and was the eleventh LucasArts game to do so. A minigame can be found on the communicator menu, consisting of "Asteroid Lander", a Lunar Lander like game.[4] During development, there were plans to include role-playing game elements, but these were scrapped before the game's release.


This article uses material from the Wikipedia article The Dig, https://en.wikipedia.org/wiki/The_Dig, which is released under the Creative Commons Attribution-Share-Alike License 3.0, https://creativecommons.org/licenses/by-sa/3.0/.
Read Full Description
Get This Game 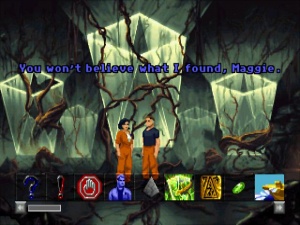 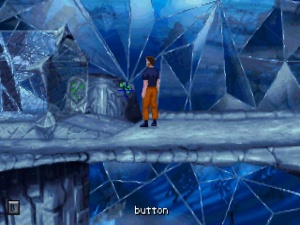