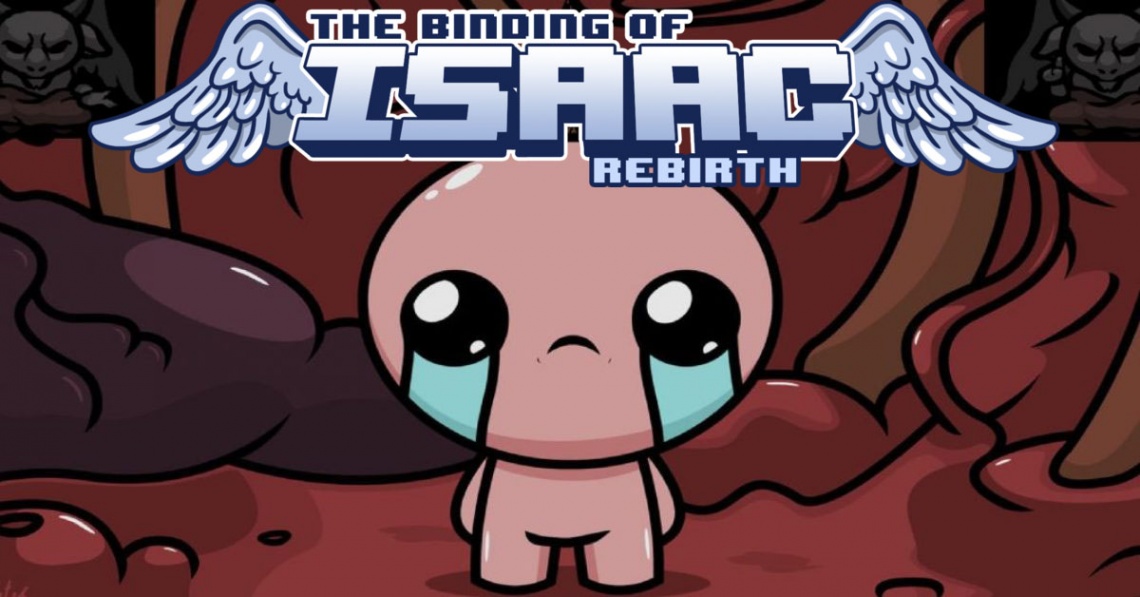 The Binding of Isaac: Rebirth

2d
action
horror
indie
roguelike
single player
Release: 2014
Similar to the original, Rebirth is a top-down 2D dungeon crawler game where the player controls the character Isaac (or 10 unlockable characters) as he adventures throughout his mother's basement, fighting off monsters and collecting power-ups. Ultimately, the player aims to first defeat Isaac's mother while she tries to crush him underfoot, then moves to inside her, upon while the player must defeat Isaac's mom's own heart. Rebirth is considered a roguelike-like game; the dungeon levels are procedurally generated into a number of rooms including at least one boss battle, and the game has permadeath: once the chosen character dies from taking too much damage, the game is over and the player will have to restart. Rebirth allows the player to save the state of the game, allowing them to quit the game during a run, and then come back later to finish that run, though this save state is deleted upon restarting the game.
The game is controlled similarly to a twin-stick shooter: the player moves their chosen character around each screen while they are able to shoot the tears that they cry in another direction. These tears act as bullets to defeat enemies that try to harm the player-character. The player-character's health is tracked by a number of hearts: the character can find items that can replenish hearts while others grant the character additional hearts, extending their health. Throughout the dungeons the player-character will find bombs, which can be used to both damage foes and blow up obstacles, keys to open certain doors and treasure chests, coins to buy items at various stores, and a large number of items that impact the character's attributes, such as speed and the damage and range of their tears, and other gameplay effects, such as gaining a character that floats behind the player-character and aids in combat. Some of these items are passive, others are active and reusable, requiring the player to wait a number of rooms before they can reuse it, while others are single use items that disappear after use. The player can typically collect any number of passive items, their effects stacking on previous ones, potentially creating powerful combinations for the player. Otherwise, the player can only carry one reusable item and one single-use item, replacing it for another if they pick such up. Among other rooms within the dungeons include special challenge rooms and mini-boss fights.
In addition to expanding greatly on the number of items, monsters, and room types (including those that span multiple screens) from the original game, Rebirth provides integrated support for controller support. Rebirth allows for a second local player to join in on a drop in/drop out mechanic. While active, the second player controls a follower of the first player-character that has all of the same attributes and abilities of that character, though will cost the first player-character one heart to use which is given to the follower character. This second character, however, cannot plant bombs or carry items. Rebirth also provides a feature that allows players to enter the random seed for a run, which will regenerate the same dungeon with the same items and monster population when used. The player is presented with this seed after completing a run, or when the game is paused, which they can reuse again or share with others.


This article uses material from the Wikipedia article The Binding of Isaac: Rebirth, https://en.wikipedia.org/wiki/The_Binding_of_Isaac:_Rebirth, which is released under the Creative Commons Attribution-Share-Alike License 3.0, https://creativecommons.org/licenses/by-sa/3.0/.
Read Full Description
Get This Game 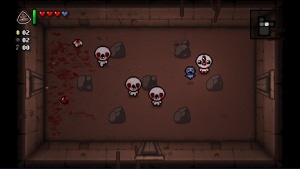 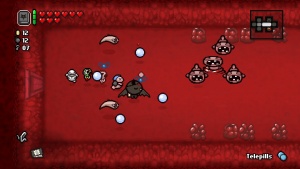