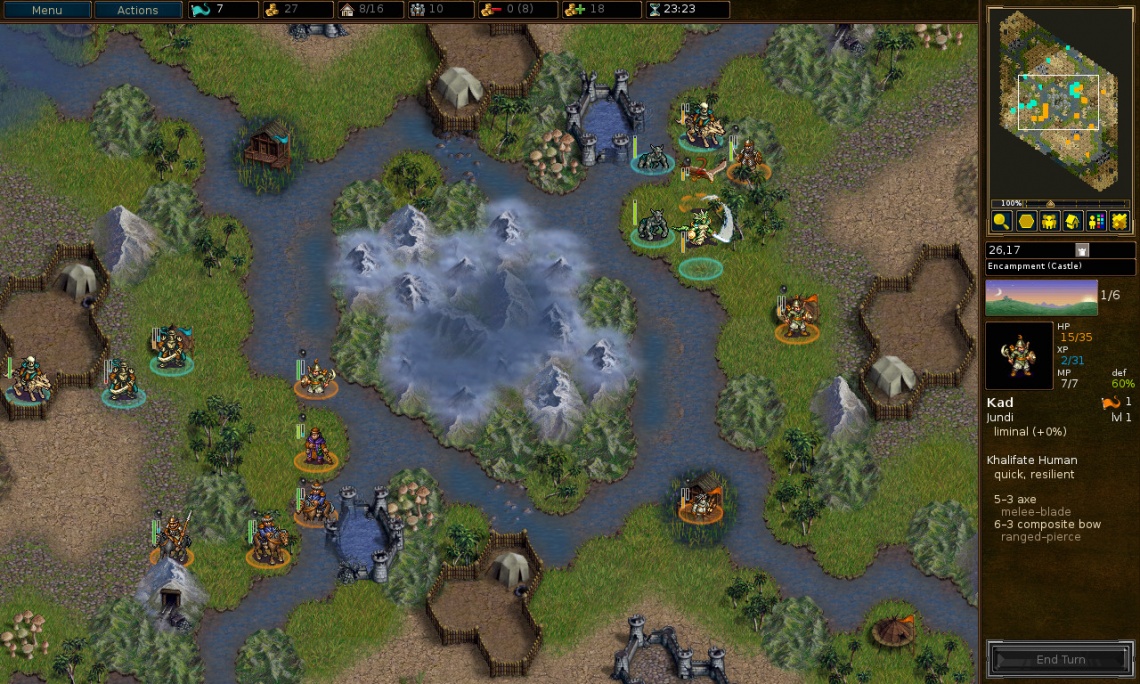 The Battle for Wesnoth

Explore the world of Wesnoth and take part in its many adventures! Embark on a desperate quest to reclaim your rightful throne... Flee the Lich Lords to a new home across the sea... Delve into the darkest depths of the earth to craft a jewel of fire itself... Defend your kingdom against the ravaging hordes of a foul necromancer... Or lead a straggly band of survivors across the blazing sands to confront an unseen evil.

Units hand-animated in a vibrant pixel art style, with semi-realistic portraits used for dialog.
16 singleplayer campaigns and 46 multiplayer maps to choose from.
Over 200 unit types in six major factions, all with distinctive abilities, weapons and spells.
Face off against other players over the Internet, or challenge your friends over a private/local network or hot-seat.
Translated into over 30 different languages.
Highly moddable engine combining WML and Lua scripting
Tons of player-made content available from the official add-ons server: new campaigns, factions, and multiplayer maps with new and unique mechanics and artwork.
Cross-platform compatible with Microsoft Windows, Apple macOS, and GNU/Linux.
Read Full Description
Get This Game 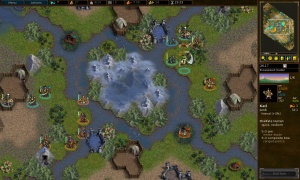 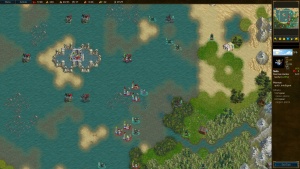