rpg
strategy
Release: 2017
n the Continent where the Tower of Babel stands, Nimul and Emmel devised Alchemy in their ambition to become like the gods

Humanity was in danger of annihilation as Alchemy became a tool of war used by the ambitious for dominance over the lands.

Sensing its threat to humankind and seeing its devastating powers... the kingdoms of Babel formed the Alliance of the Seven Kingdoms.

Headed by the suzerain state of Northern Pride, Alchemy was branded as the Forbidden Art.

For the following few centuries, a delicate balance and peace was maintained by the Seven Kingdoms.
Read Full Description
Get This Game 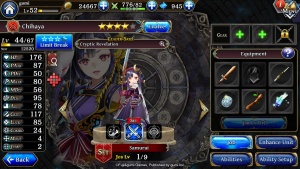