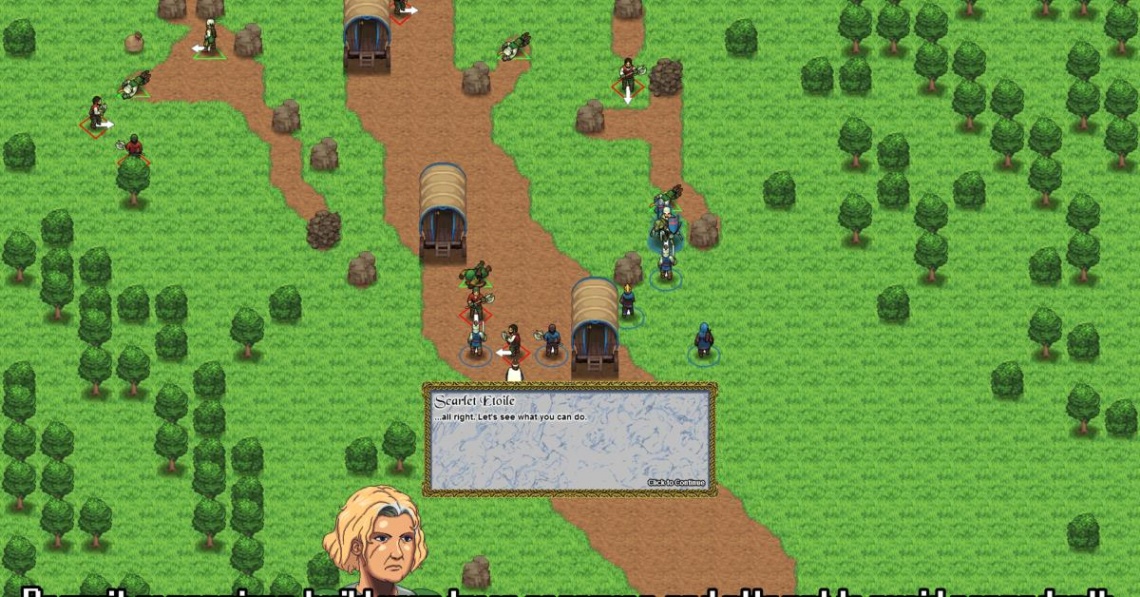 rpg
strategy
Release: 2015
Telepath Tactics is a turn-based strategy RPG set in the steampunk universe of Telepath RPG. It features gorgeous pixel art, destructible battlefields, environmental hazards you can shove enemies into, the ability to build bridges and barricades, and a ruleset that adopts best practices from such classic series as Final Fantasy Tactics and Disgaea.

Play through a Fire Emblem style single player campaign, play matches in 2-to-6 player local multiplayer, or use a robust map editor to build your own battles and campaigns.

Telepath Tactics takes place in an unusual fantasy-steampunk universe. Magic doesn’t exist: instead, there is psionics and steam-powered technology reliant on a volatile, crystalline substance called vibra. Cavaliers don’t ride horses: they ride giant, armored praying mantises. There are no elves, no dwarves, no goblins, no dragons: it’s just humans and a few other, entirely original sentient races (such as the shadowlings, creatures that quite literally feed on human suffering).

It was deep winter when young Emma and Sabrina Strider fled slavery in the mines of Kovit. Exhausted and on the verge of starvation, they were found and taken in by a tribe of Lissit, reptilian warriors, who raised the sisters as their own.

Now Emma trains tirelessly, bent on revenge and the prospect of rescuing their ailing father from bondage. But the years are never kind to a miner, and time grows desperately short. The sisters will need all of their wits–and the help of some unlikely allies–if they are to succeed…

Play through a story-driven single player campaign with dozens of unique characters in a tale of love, death, and intrigue!

Build an army from among 23 different classes! Learn more than 110 distinct attacks as you level up your units, then promote them to powerful prestige classes!

Destroy walls, freeze water, build bridges and lay explosives, changing the face of the battlefield to your advantage!

Capture the high ground to get damage and range bonuses for your ranged attacks!

Shove enemies off of cliffs!

Fling enemies into environmental hazards like traps, water, and lava!

Employ more than 110 different skills and attacks to defeat your enemies, with nasty effects like mind control, blindness, and burning!

Confront aggressive enemy AI that reacts to your moves, grabs items, breaks down your barricades, doggedly pursues your most vulnerable characters, and shoves you into the lava every chance it gets!

Deal with merchants to keep your army well-supplied; make hard choices about your priorities both on and off the battlefield as you march against the slavers who imprisoned your family.

Undertake missions in both hand-crafted scenarios and procedurally generated dungeons and forests!

Download other peoples’ campaigns, drop them in the User Campaigns folder, and voila: you now have brand-new campaigns available to play!
Read Full Description
Save & Play Game Later
Images & Video 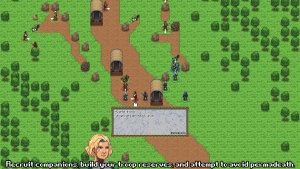 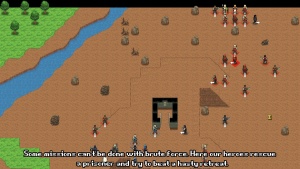